Mark Coen builds pine caskets in a century-old Hibbing church, with a goal of making funerals more affordable for his customers. 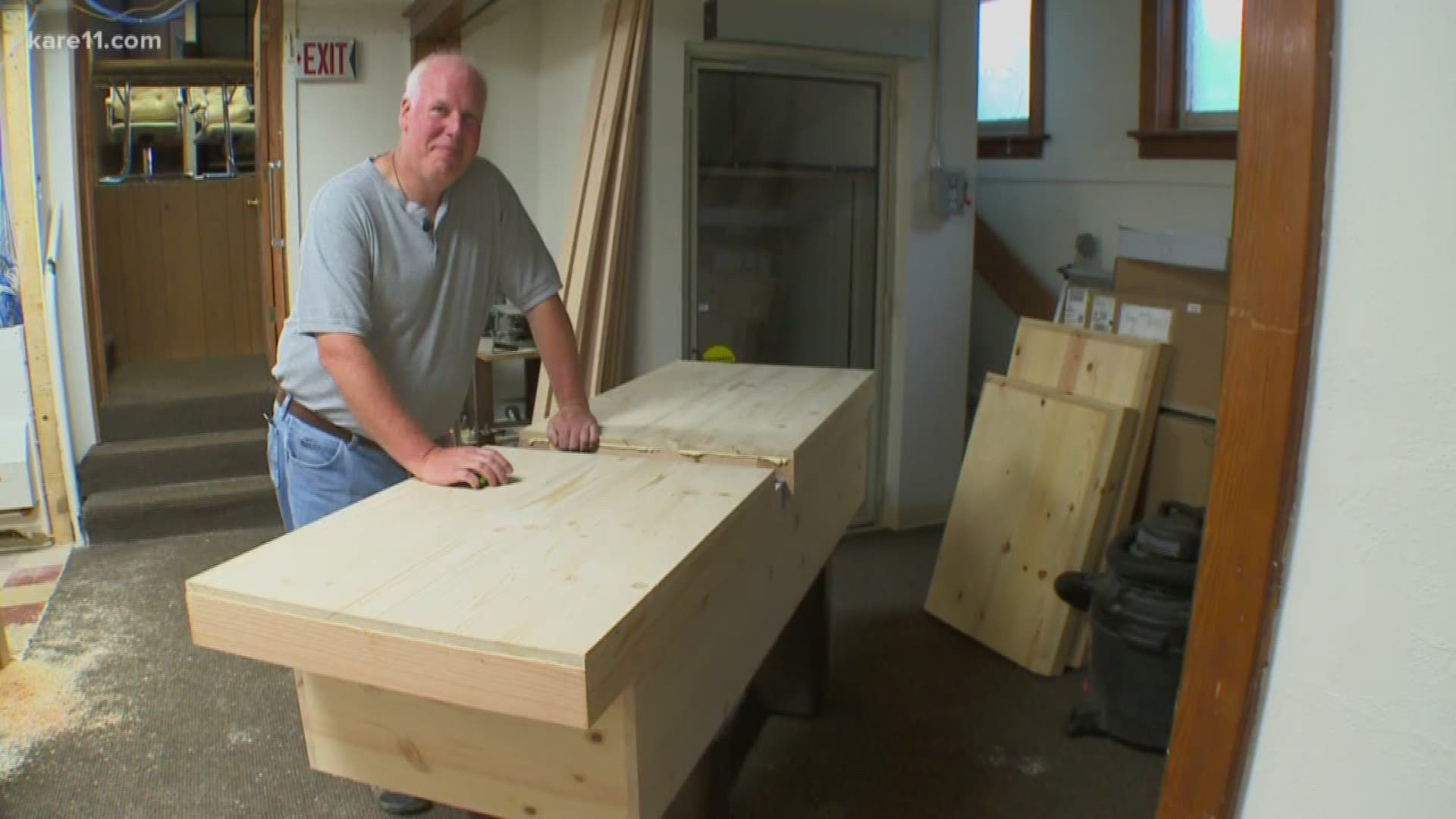 HIBBING, Minn. – When Mark Coen left the priesthood, he couldn’t have known how closely his future would mirror his past.

Today, Coen works in a church, lives in a parsonage, and ministers to the dying.

Coen builds pine caskets in a century-old Hibbing church, with a goal of making funerals more affordable for his customers.

“I didn't go away from being a man of faith or serving the Lord, I just decided I better take a little different way,” Coen said.

His father’s funeral convinced Coen of the need, after his family was charged $1,000 just to rent a casket prior to cremation.

“If you buy a casket from a funeral home, it would be hard to find one for less than $2,000,” Coen said. “I wanted to make something affordable.”

“This is a chance to do something of the Lord’s work,” Coen said, “a chance to interact again with families who are preparing for death, or grieving.”

Ordained in 1990 as a priest in the Duluth diocese, Coen never lost his love for saying Mass. Holy Week was his favorite time of the year.

But the isolation and stress priests can feel between services, eventually got the better of Coen.

“Sometimes I wished the phone wouldn’t ring and sometimes I looked at my desk full of papers and just want to go take a walk,” Coen said. “I began to know this wasn’t going to get any better.”

So, Coen traded one calling for another.

Coen spends between 20 and 30 hours on each casket. He also sells hand-built pine urns.

Mark Coen wheels a casket out of his showroom. (Credit: Boyd Huppert, KARE 11)

That he ended up setting up a woodshop in a church, was a twist of real estate fate.

The church that served Hibbing's Grace Lutheran for nearly a century just happened to be up for sale when Coen was looking for a home for his post-priest business.

He paid $42,000 for 8,500 square feet of space, including the five-bedroom parsonage in which Coen now lives.

“Kind of fitting, isn’t it?” Coen laughed. “I feel like I belong in a place like this.”

After Grace Lutheran moved to a new building, the congregation sold its church to a nonprofit organization, which sold it to Coen.

The stained glass remains upstairs where Coen says prayers, just above the woodshop he built in the church basement.

“Why no one else made an offer on it, why this beautiful church for me to live in, I think God might still be looking out for me,” Coen said.

Coen expresses no regrets about the two decades he spent as a priest, nor his decision to leave.

Much of the stress is gone – and the loneliness has been addressed too. Coen is now in a relationship with a woman from the Twin Cities he met on a Catholic singles website.