In a year starving for hope & kindness, the Land of 10,000 Stories offered plenty

They are the people who brightened a dark year. 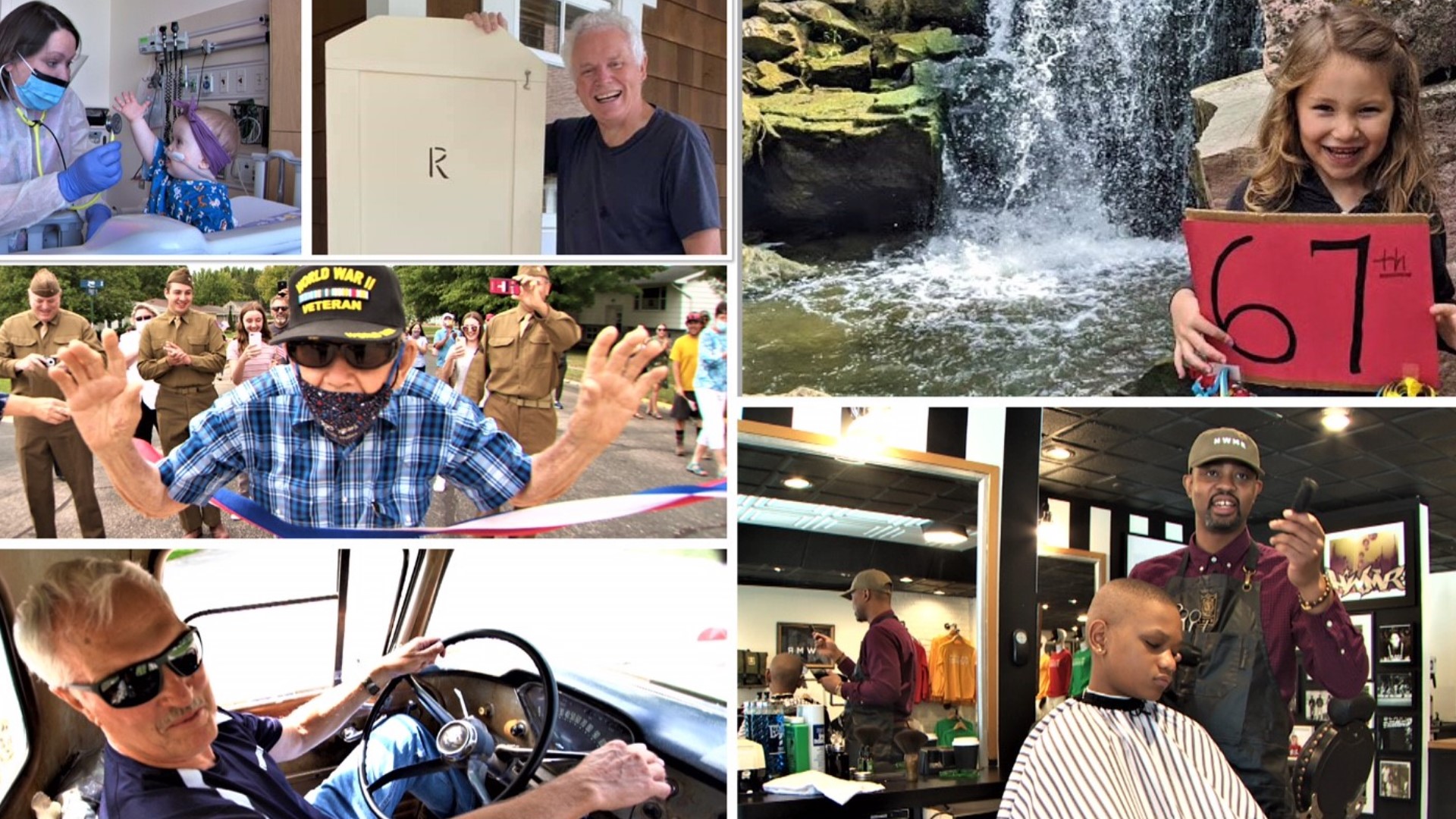 MINNEAPOLIS — In a year we desperately needed kindness and hope, both were found in abundance in the Land of 10,000 Stories.

These are the people who inspired us in 2020.

PART 1: Nurse with incurable cancer stays at bedsides of her young cancer patients

WATCH: Officer cites widow for shoplifting, then delivers food to her home

WATCH: North Minneapolis barber is a catalyst on his corner

WATCH: Man who paid $75 for Chevy truck 44 years ago, just sold it to prior owner's grandson for $75

WATCH: 127-year-old church finally gets its steeple, thanks to great grandson of founder

WATCH: Catch Minnesotan's priceless reaction upon learning she will be a grandma

WATCH: 'Pup-side' to the pandemic: 18 new puppies in three-block neighborhood

WATCH: Model A Fords greet winter once every four years