'Hockeytown USA' finds new way to entertain itself on skates 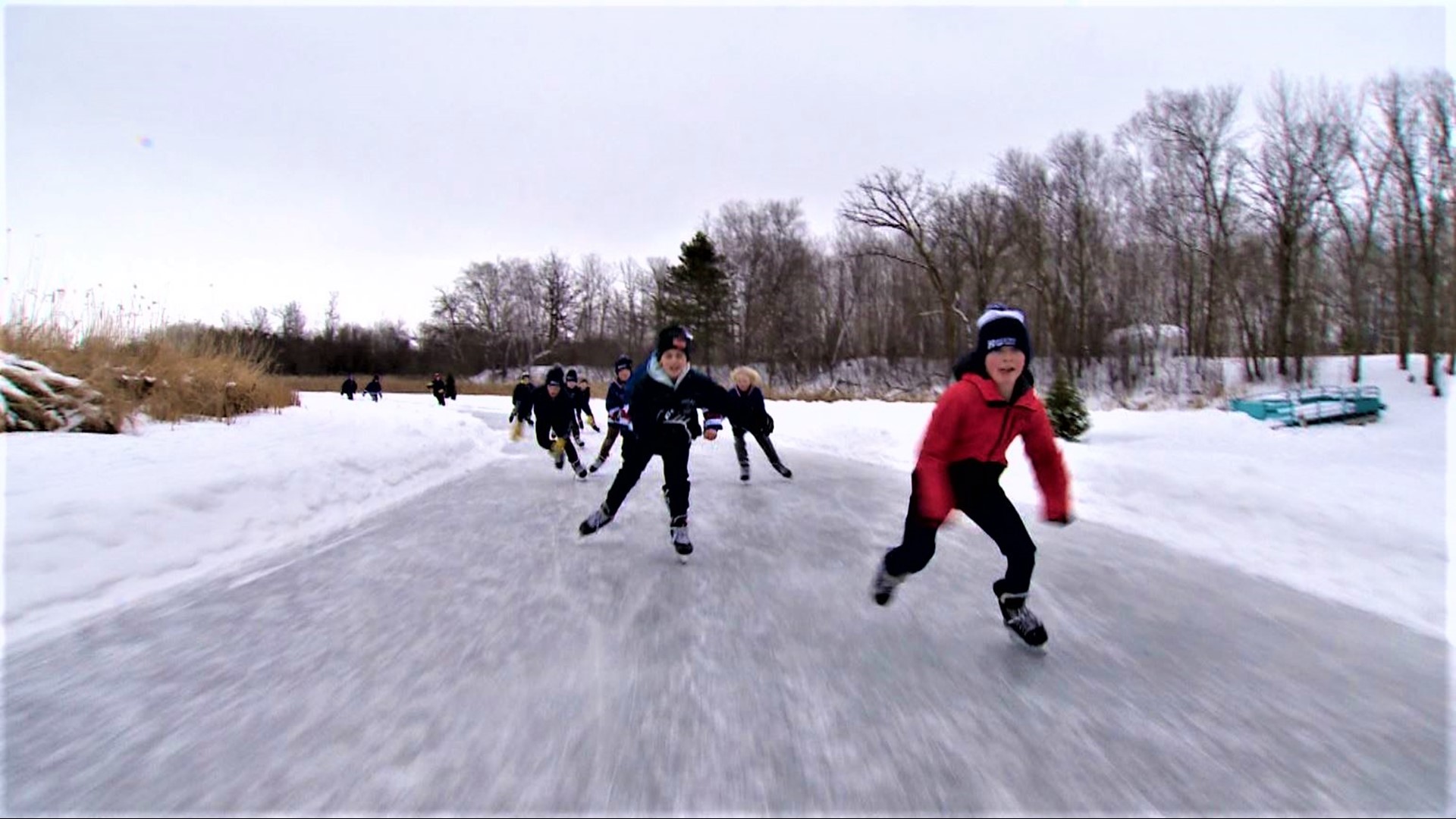 WARROAD, Minn. — Kids in Warroad don't arrive in the world with their skates already laced.

“I was born to skate, my mom said,” 9-year-old Anderson Myers proudly states as he shoots a puck into an empty net on the Warroad River.

Mere weeks ago, Anderson’s birthright was taken away.

“They said that we can't go skating,” Anderson says.

COVID-19 restrictions may have temporarily shuttered Warroad arenas in the late fall and early winter, but the community, which proclaims itself Hockeytown USA, didn’t take the closures standing still.

Warroad cut its own path.

The Riverbend Skate Path got its start as a slew of spontaneously erected, COVID-inspired, outdoor ice rinks.

Closed arenas meant Warroad’s hockey dads had some extra time on their hands.

“So," Jared says, "We connected the rinks and said, 'Why even stop? Keep going.’”

“Twenty years since I've had skates on,” Pam Anderson of East Grand Forks says as she and her husband Tim lace skates on a bench along the skate path.

“We had to get 'em out and get 'em sharpened and we're gonna give 'em a whirl,” Pam says.

Don’t have skates of your own? Doc's Harbor Inn will rent you a pair.

On busy weekends, skaters sip hot chocolate from a food stand and warm themselves next to firepits.

“It is bringing people together, it's been huge for our community,” Janet Marvin, Doc’s owner, says.

All it took was a global pandemic to remind Warroad of the winter resource running right under its nose.

“We happen to have a place right on the river here,” Katie Kalkman says as she pulls her daughter down the skate path on a sled.

From her home, Katie watches the skaters go by “All day, non-stop from like right away in the morning, all the way until after the sun is setting.”

High school students are among the volunteers who, daily, operate brushes attached to Polaris Rangers to assure good skating conditions.

People have been coming from as far away as the Twin Cities – a six-hour drive – to skate the path.

Organizers are already making plans for next year, with talk of lights for night skating and even doubling the length of the skate path.

He found the scuffed and worn brown leather skates in his basement.

The skate path was the inspiration Steve needed to get back on the ice.

“I used to think in the Netherlands, and where they have canals, it would be so neat to be able to skate on, and now we have it here,” he says.

Here, where kids all but born on skates are witnessing the re-baptizing of Hockeytown USA on a river.

Editor's note: A group is collecting donations on gofundme to help maintain the path, here.