Video shot at the small Birchwood school has been viewed nearly 10 million times. 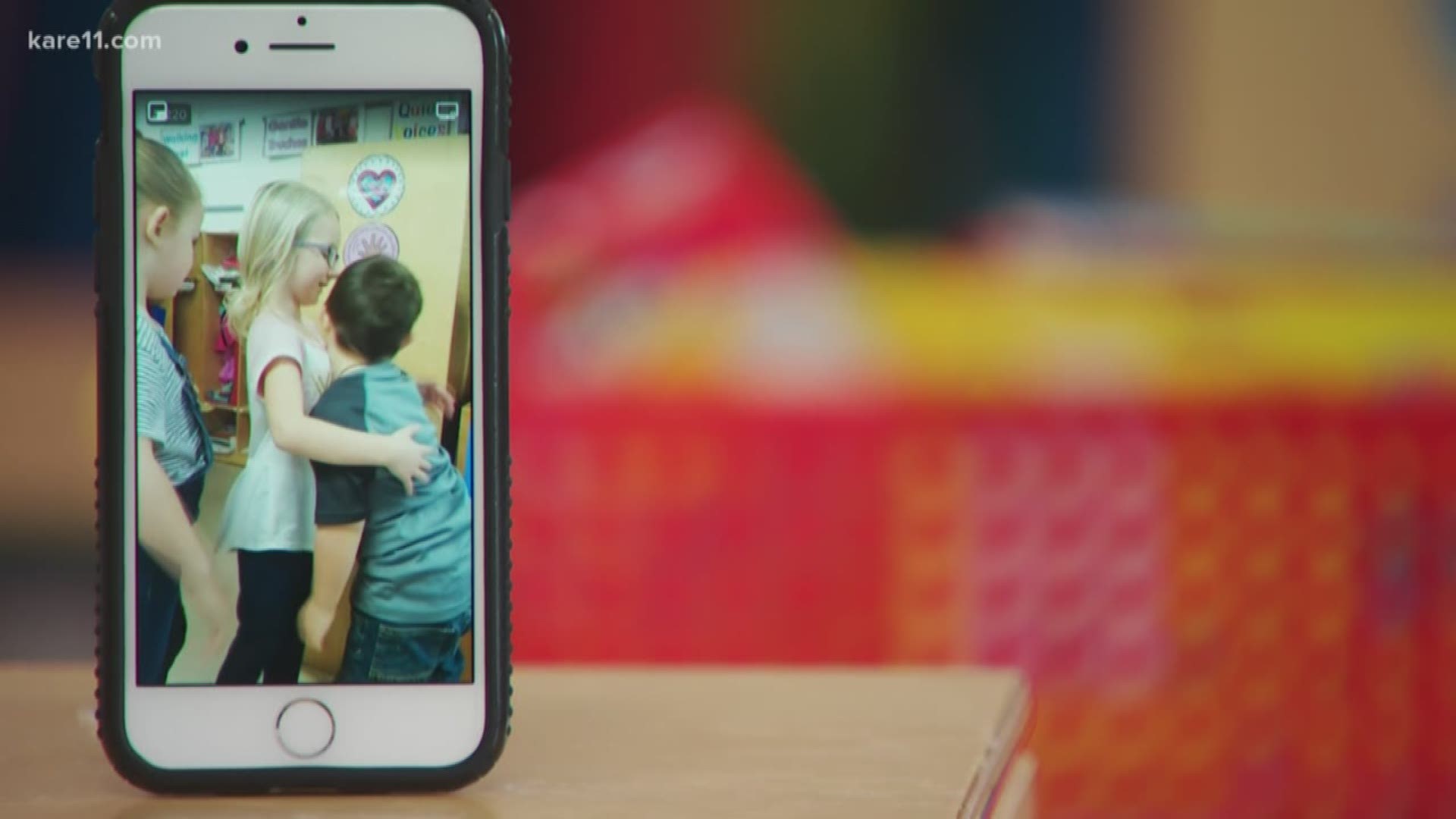 A small northwest Wisconsin school has made a big splash on social media.

A video shot in the Birchwood kindergarten classroom has been viewed online nearly 10 million times.

“It’s incredible,” says Nicole Schlapper, the Brichwood kindergarten teacher who recorded on her cell phone the video of her students’ daily welcome routine. “Within a few days it went crazy.”

The video captured Schlapper’s students choosing the way they wanted to be welcomed to class - with a wave, a handshake, a high-five, a fist bump or a hug.

As luck would have it, the class’ best hugger – 5-year-old Colin Baker - was the assigned greeter the day the video was shot.

Most of his classmates chose a hug.

“He’s so loving,” Schlapper said of Colin. “He loves hugs.”

Schlapper introduced the greeting in her classroom this school year. She liked that the welcome allowed children to make a choice.

“I think some mornings for them at home might not be easy,” Schlapper said. “Maybe they don’t want a hug that day, maybe just a simple wave is all they need. We just want it to be a good, positive start to the day.”

After shooting the video, Schlapper turned it over to Sara Waldron, who manages the library and the Birchwood School District Facebook page.

“We had someone from Egypt message us and wonder how their kid could go to our school,” Waldron said.

Schlapper thinks the video’s appeal lies in its basic goodness.

She says her kindergartners have plenty to teach adults.

“So very often now in our society people are looking down all the time, and if you take the time to look at somebody - look at their face and give them a nice, kind greeting - you might just make their day,” Schlapper said.