It occurred to Bob, his wife could ride with him, if she could be dropped into the passenger seat through the open convertible top. The staff at her care facility agreed to help. 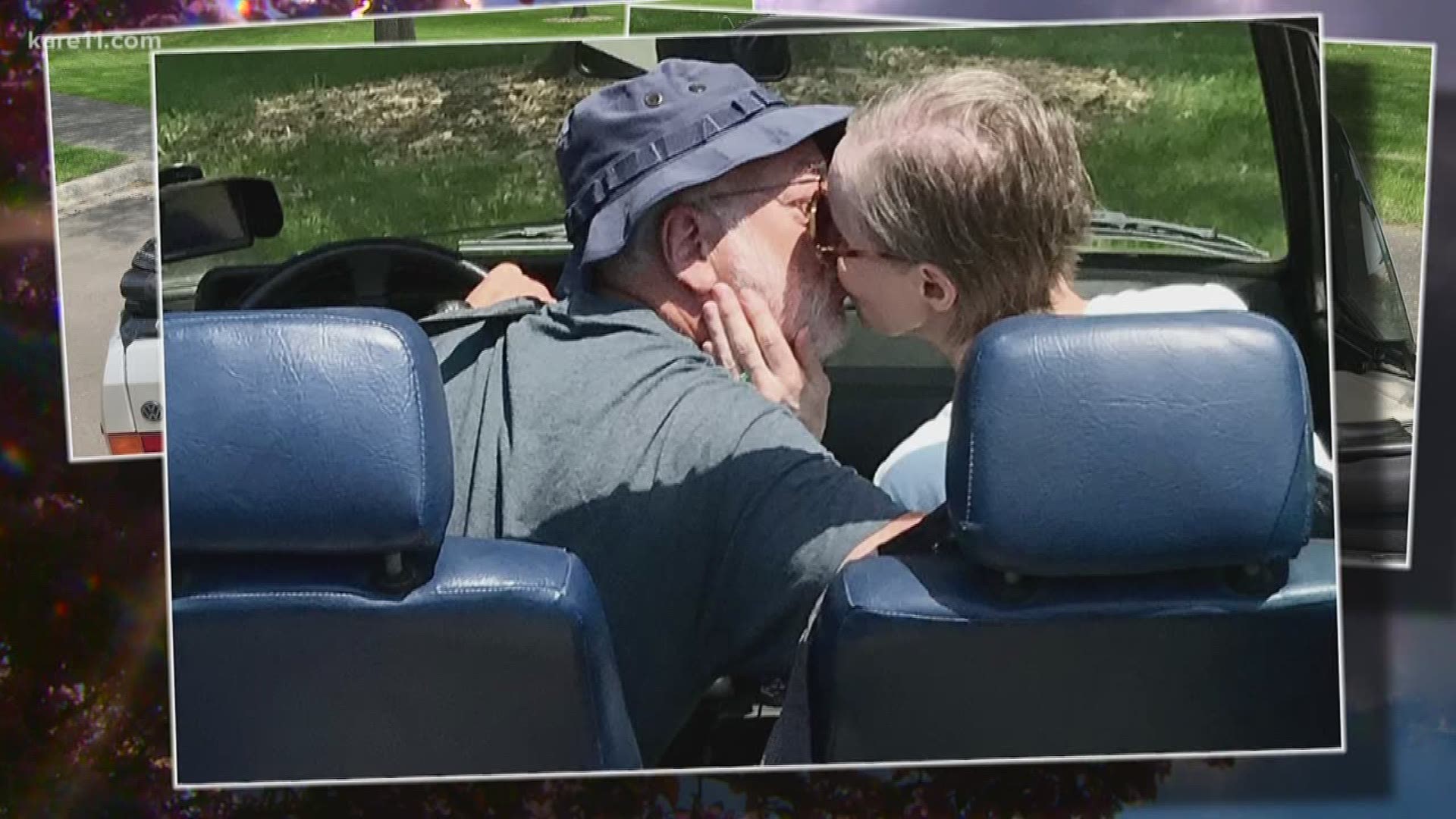 BURNSVILLE, Minn. – On a rainy drive from Texas - his muffler grumbling, his speedometer broken, and his tattered convertible top leaking - Bob Husby had every right to question his own sanity.

Bob soldiered on in the battered 1985 Volkswagen Cabriolet he’d just purchased in El Paso, driving it home to Minnesota as if his wife depended on it.

Two months later, on a sunny May afternoon, a mechanical lift lowered Kathy Husby into the topless Cabriolet, just as her handy-with-a-wrench husband had envisioned it.

“To be able to take her out in a little car on a nice day like this, that's what it's all about for me right now,” Bob said.

Kathy began showing symptoms of Multiple Sclerosis not long after the couple married. She was diagnosed with the disease in 1978.

“I’ve just been a witness and it’s been real hard to deal with,” Bob said. “And it’s not even close to what she’s had to deal with.”

Six years ago, Bob realized he could no longer care for Kathy at home. Reluctantly, he found a 24-hour care facility that could better tend to his wife’s worsening condition.

“The only way she can go anywhere now is they drive her electric wheelchair into a cargo van, strap her down like cargo, and take her to the doctor’s office. That’s all she gets,” Bob says.

Kathy had driven a Cabriolet early in their marriage, prompting Bob’s initial interest in the car.

Then it occurred to Bob that Kathy could ride with him if she could be dropped into the passenger seat through the open convertible top. The staff at her care facility agreed to help.

Kathy Husby&#39;s care providers use a lift to lower her into her husband&#39;s VW covertible.(Photo: Boyd Huppert, KARE 11)

“I’ve got a way to get her out and have an enjoyable day and it’s just indescribable,” Bob said.

Bob and Kathy’s first date was a simple affair. They stopped at a Dairy Queen and drove to a Burnsville city park, where they shared a Blizzard.

“We were just thinking about that,” Kathy said, “how many years has it been since we had a quote, unquote, date? We don't do dates.”

Bob pondered Kathy’s question. “It seems like a lifetime ago,” he said.

As they sat beneath a spring-green tree, Bob and Kathy kissed.

“I love you too,” she responded.

Suddenly, the leaky-roofed, rumbling,1200-mile trip in the car, made sense.