Man restores, donates dozens of power wheelchairs - from a wheelchair

When the last of the classic cars rolled out of Bill’s shop, different wheels moved in. These days, he toils for hours restoring power wheelchairs. 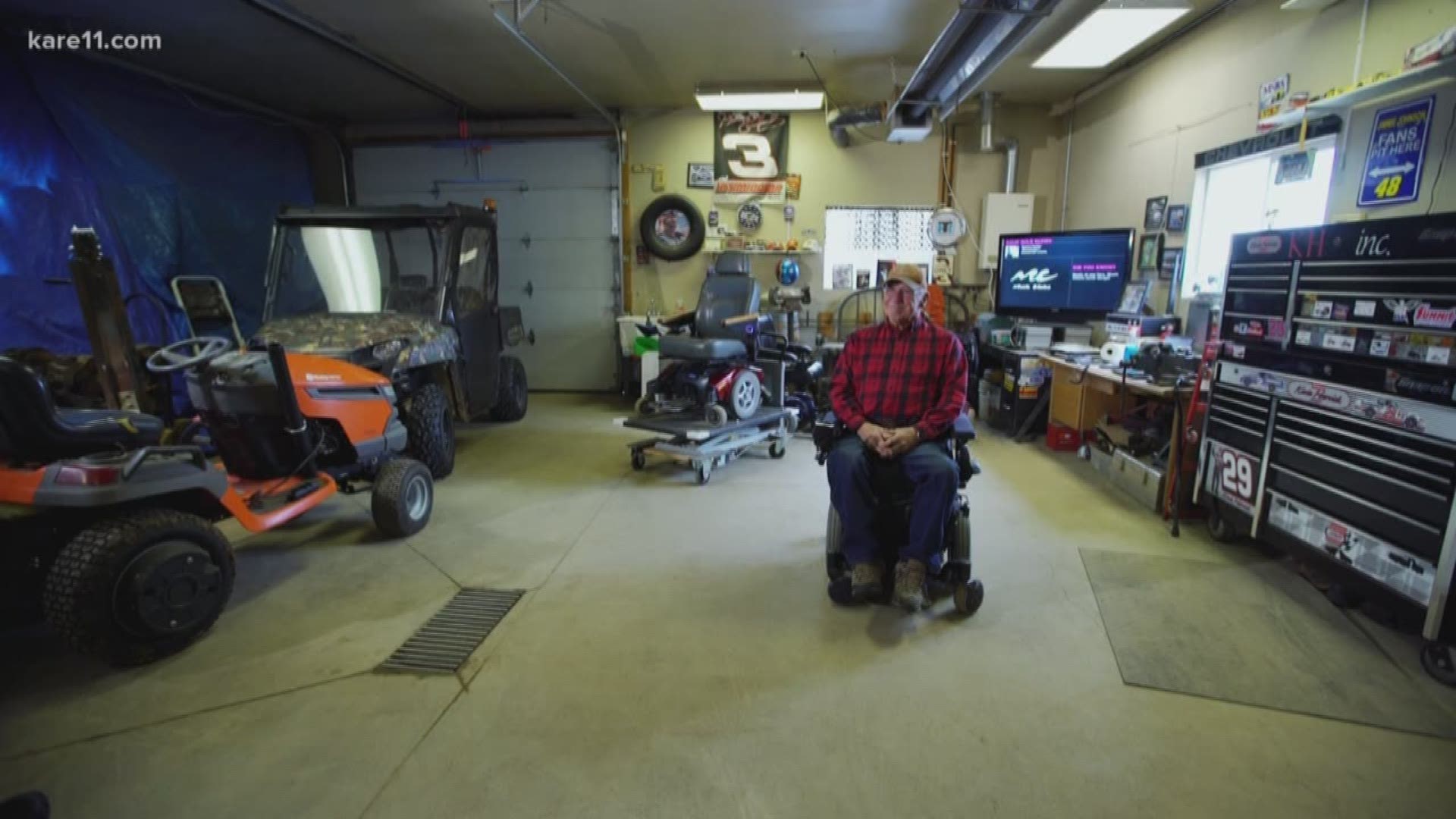 “Just memories,” Bill says of the cars he once spent hours repairing and restoring.

When the last of the classic cars rolled out of Bill’s shop, different wheels moved in. These days, he toils for hours restoring power wheelchairs.

In that proclamation, Bill’s optimism shines through.

Consider this: At age 4, Bill contracted polio and spent most of his childhood on crutches.

As an adult, he regained enough strength to walk up the aisle unassisted on his wedding day.

But 10 years ago, the retiree’s symptoms returned. Post-polio syndrome put Bill in a wheelchair, chasing the classic cars from his garage and giving Bill perspective he needed to help others.

During the past few years, Bill has refurbished dozens of power wheelchairs he’s then given away to people who can’t afford to buy one.

Don Johnson, a disabled Vietnam veteran, is now the owner of one of Bill’s chairs.

“I've never had a gift like this, never,” says Don, who is missing his right leg. “He's the kindest man on the planet that I've ever met. He does all this out of his heart, just out of the kindness of his heart.”

Given a tip, Bill will drive miles in his handicapped-accessible van to pick up a used power wheelchair.

“He sees no obstacles,” says Gerry Falkowski, program manager for the Donor Connect program of the Disabled American Veterans of Minnesota. “There’s a passion he has that’s hard to describe.”

Credit: Mary Waldschmidt
As a younger man, Bill Waldschmidt worked on classic cars in his shop.

“I delivered a wheelchair to a guy who came out crawling, he had no legs,” Bill says. “He got right up into that wheel chair, biggest smile on his face.”

Bill spent his career working as an engineer for Twin Cities-based Thermo King. Though retired now, the engineer is still at it.

“I think his mind is always being creative and thinking,” says Bill’s wife Mary. “He’s touching so many people’s lives and I’m so proud of him.”

Bill Waldschmidt may spend his days in a wheelchair, but he will never be content sitting still.

NOTE: If you would like to learn more about donating a wheelchair to Bill - or would like to donate to his battery replacement fund – you can email Bill at billwaldschmidt@yahoo.com