Marathon on a baseball diamond has one rule

The Sandlot Marathon has participants running in circles. 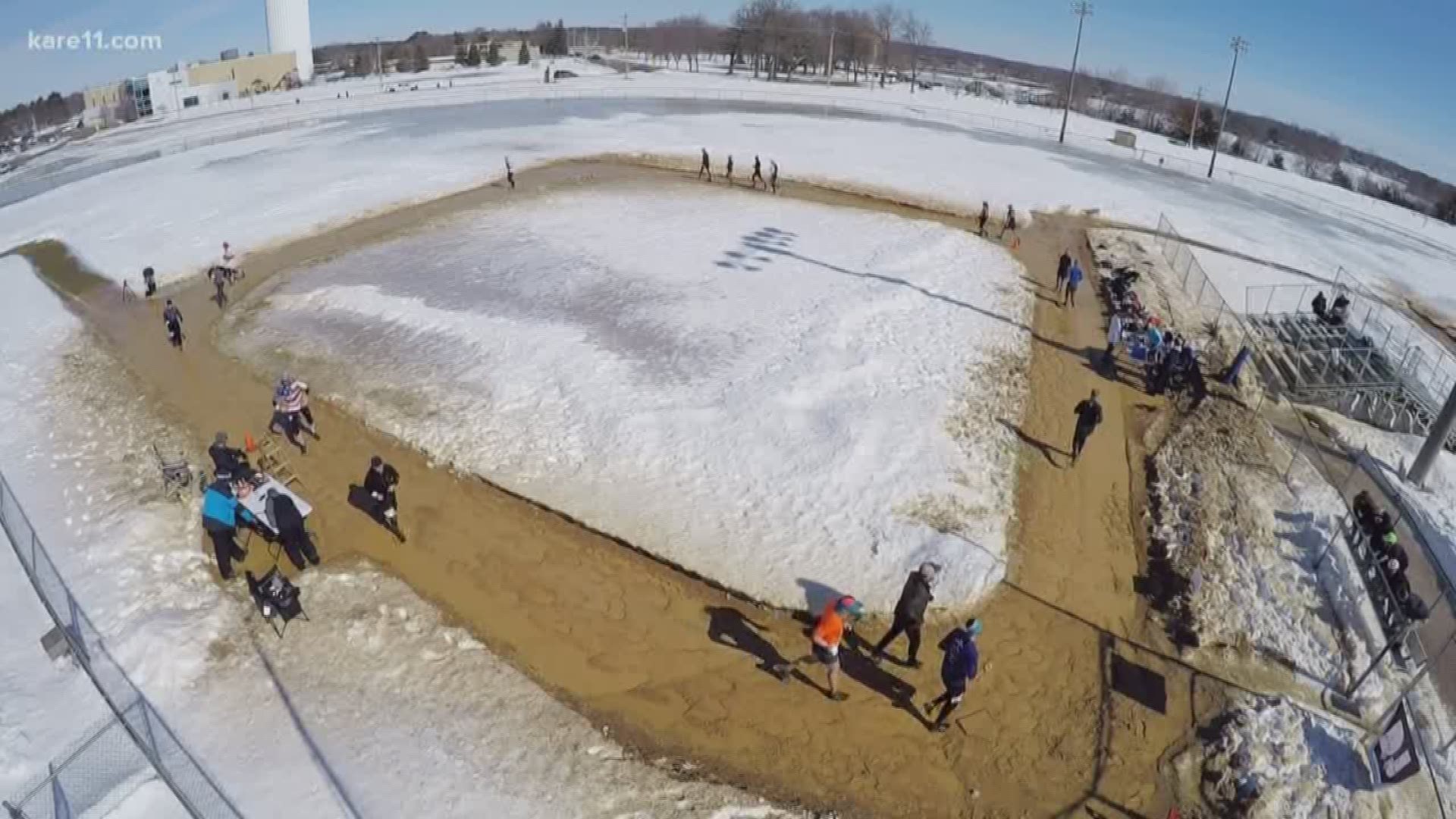 ELK RIVER, Minn. — No need to over-complicate the rules for one of Minnesota’s newest marathons.

That pretty much covers it.

Simplicity comes with the turf when you’re running 26.2 miles around a baseball diamond.

Credit: Boyd Huppert
Runners in the Sandlot Marathon round 1st Base

“Look another left-hand turn,” runner Jodee Hollenbeck joked as she rounded first base.  “Got another one coming up here,” she said, approaching second. “Left-hand turn.”

Hollenbeck was among 37 runners taking part in the second annual Sandlot Marathon.

Thirty-two additional runners took part in the Minor League Half Marathon and the Little League 5K, also run on the baseball fields at Dave Anderson Athletic Complex in Elk River.

A group of running friends conceived the Sandlot Marathon while standing next to a baseball diamond after completing a different race.

“All of us, we’ve run really terrible events in the past - we’ve run 100-mile races, we run up and down mountains, we cross rivers - we do all sorts of dumb stuff,” race co-director Mark Smith said.  “We thought, what can we do local that’s fun and really stupid at the same time?”

Runners in the Sandlot had to circle the bases 384-and-a-half times to complete the full marathon.  A computer chip reader counted down their laps to the finish.

Spectators also found a lot to like about The Sandlot Marathon.

“This is probably the least amount of work I've ever had to do to spectate a distance race,” said Jesse Groettum as he cheered on a friend circling the bases.

Though a running event, the Sandlot Marathon paid homage to its name at every turn.  The event started with the national anthem and even paused for a seventh inning stretch.

Amada Miller was among the runners who ran in baseball attire. “It's a Rockford Peaches, Dotty Hinson baseball uniform from ‘A League of Their Own,’” Miller said of her crisp pink skirt, dotted with mud from the puddles in the still-thawing field.

Miller laughed at the spectacle of it all.  “If anybody drove by they’d have no clue what we’re doing,” she said.

Passersby may also have wondered what Elk River city workers were up to days earlier, as they cleared several feet of snow off the base paths of the three fields used for the races.

Credit: Boyd Huppert
City workers from Elk River clear snow from a baseball diamond for the running of the Sandlot Marathon

Dalton Struck scored the winning time in the Sandlot Marathon, completing the race in 3:23:13.  Emily Larson was the top female runner at 3:32:50.

But Smith and McCarty insist the Sandlot Marathon isn’t about putting up winning times.

Said Smith, “Get some sun, get some water, get some mud, make ‘em feel like boys of summer out here today.”