Inspired by another veteran his age in England, Mickey Nelson is walking and raising money for the Salvation Army. 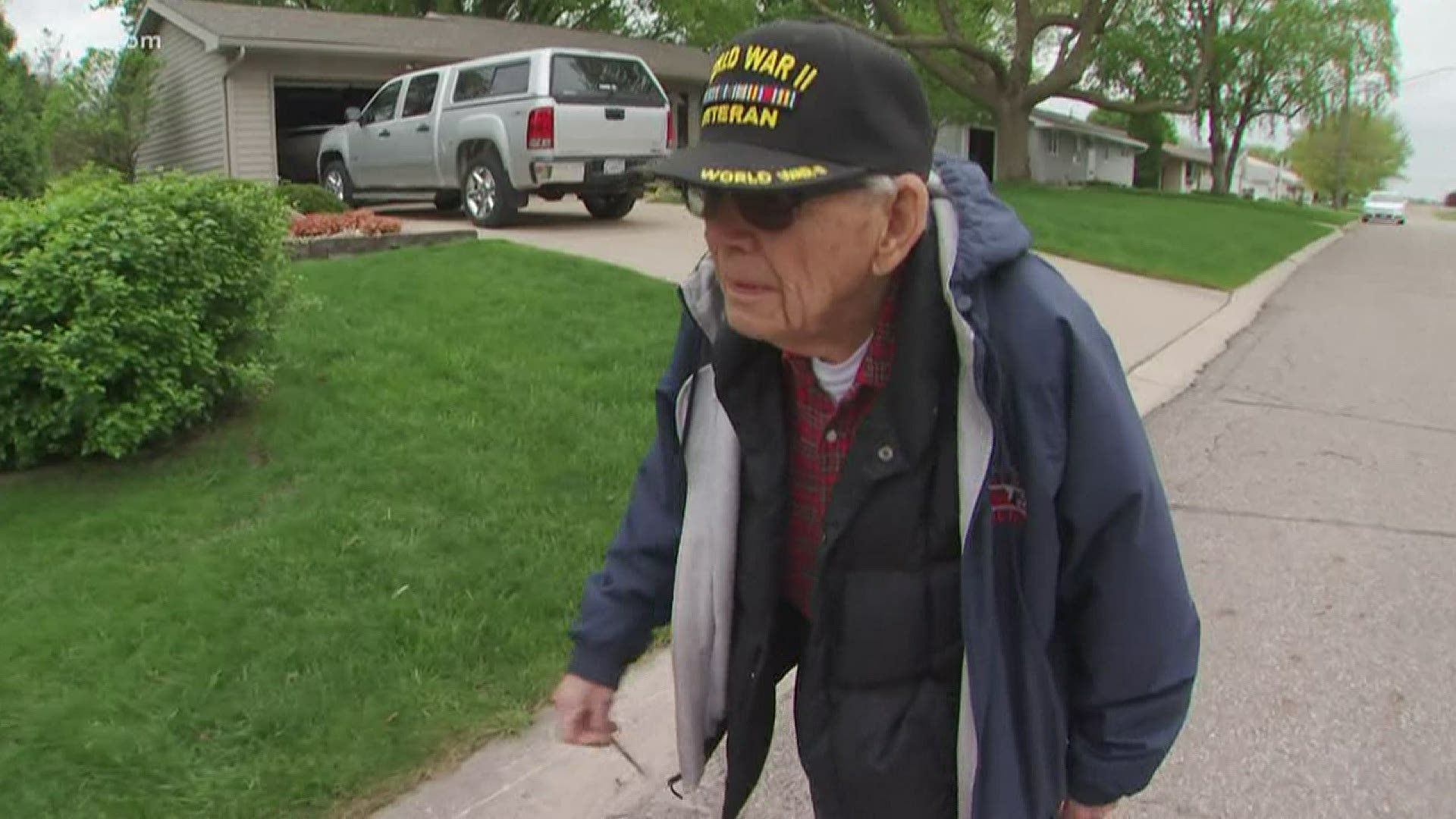 CLARKS GROVE, Minn. — Mickey Nelson and sitting have never had much in common.

True when Nelson was 17 and bought a bus to carry kids his own age, and younger, to school.

True as he grew a single a bus into both a fleet and a 58-year-career.

Now, true again, a month from Nelson’s 100th birthday, as the WWII veteran sets out to walk 100 miles by summers end.

“We call him the Energizer Bunny because he keeps going and going and going,” Rev. Jamie Cameron, Mickey’s pastor at F.B.C. Clarks Grove Church, says.

Is it any wonder Clarks Grove’s energizer Nelson took an interest in England's Capt. Tom Moore?

Moore, also a veteran who was approaching his 100th birthday, committed to walking 100 laps in his garden. As pledges poured in, Moore raised more than $30 million for Britain's healthcare system.

Michelle Kelm, Mickey’s daughter, showed her dad an online video of Moore. “And dad says, ‘Well, he's using a walker.’ And he said, ‘I'm pretty sure I can walk 100 miles without a walker.’ And I'm like, ‘Let's do this,’” Kelm says.

Nelson’s kids helped connect him with the Salvation Army, one their dad’s favorite charities.

By Sunday morning, an online fundraiser had raised more than $3000 dollars.

Dan Furry, a Salvation Army spokesman, said donations will be directed toward COVID-19 relief efforts, including re-stocking emergency food shelves, where demand, according to Furry, is more than eight times normal.

“Our resources have never been this stretched before,” he said.

Nelson will spread his walks over the summer as he counts up to 100 miles.

Nelson is not one to be counted out.

When he lost Dardanella, his wife of 67 years, Nelson married again within the year.

His new bride, Margie, was a lifelong family friend who had lost her spouse years earlier.

“I had her on my school bus when she was 15,” Nelson laughs.

Margie is 97 now and in a nursing home. COVID-19 restrictions have meant an end to Nelson’s in-person visits.

It’s been two months since he’s been able to give her a hug.

He also misses Sunday services at the church in which he was baptized as a child.  Nelson’s faith has been his cornerstone.

So, the WWII veteran will walk, now as a foot soldier for the Salvation Army.

“It'll do some good and I'm glad that I can do that,” Nelson says.

On June 27th, Nelson will turn 100. Still, his pastor believes the 100-mile goal is attainable.

“I'm not betting against him,” Cameron says. “There is no way I would bet against him.”

RELATED: Catch Minnesotan's priceless reaction upon learning she will be a grandma