Model A Fords greet winter once every four years 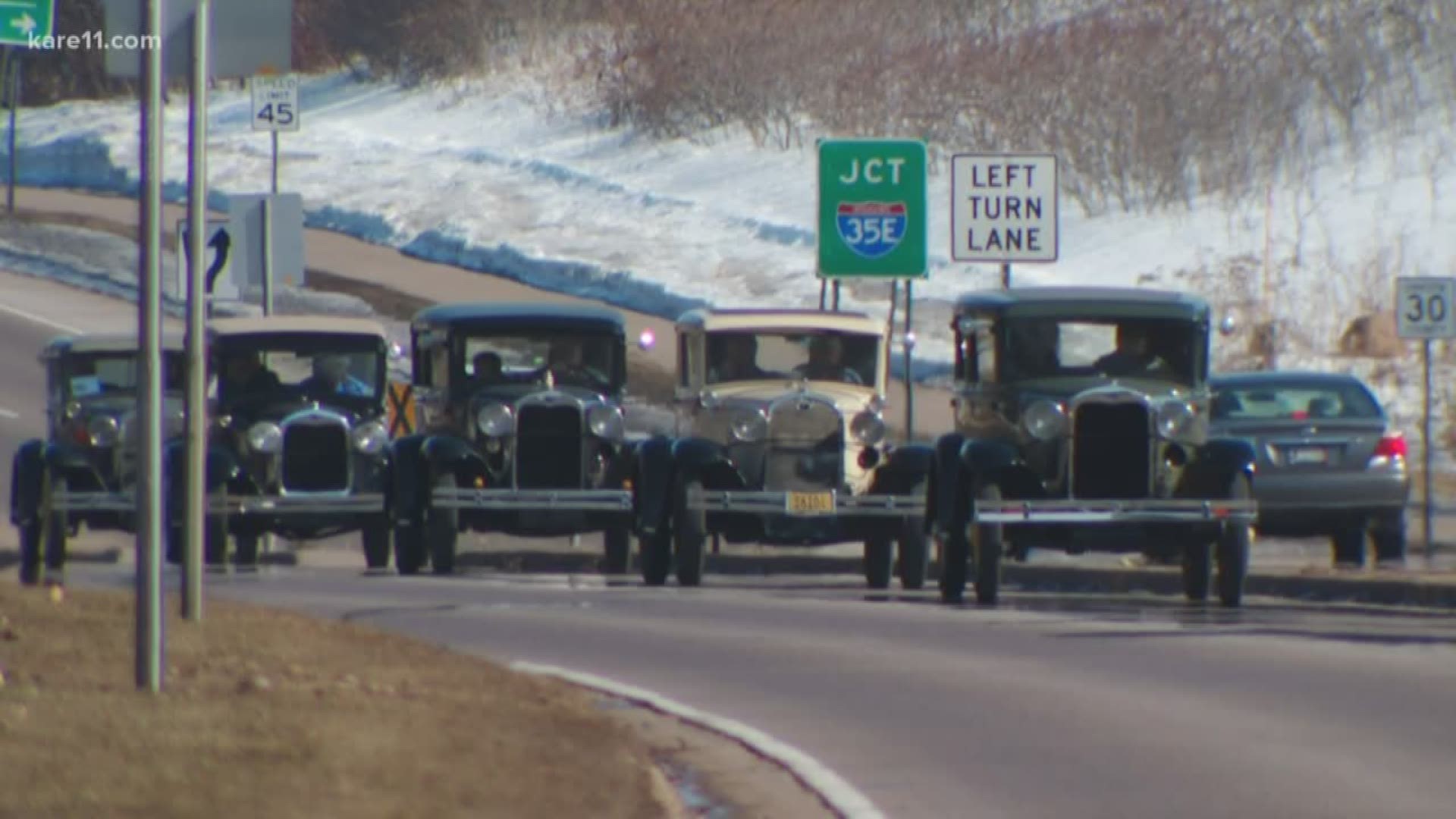 EAGAN, Minn. — During Minnesota winters, we know where to find our summer toys: locked up tight behind garage doors.

“This is a 1929 Model A Ford Tudor sedan,” Ken Huber says from inside the heated garage of his Golden Valley home.

Credit: Chad Nelson, KARE
Ken Huber stands with his 1929 Model A Ford, still in the garage.

“The season ends for most guys around Halloween time and most of the cars take a nap all winter,” Ken says.

At least that’s true three of four years for the members of the Twin Cities Model A Ford Club.

But not true, during leap years.

“We are now officially on tour,” Ken proclaims as he jams his car into gear and presses the throttle.

Temperatures are below freezing, ditches are filled with snow, salt still glazes the road – and none of that matters each February 29th.  The Ironman is on.

“We've done it for 28 years and this is our eighth Ironman,” Lynne Groven says from the passenger seat of a Model A being driven by her husband Rog Anderson.

Credit: Chad Nelson, KARE
Lynne Groven (far left) and her husband Rog Anderson organize the Model A Ford Ironman. Their friends Fred Rengel and Pam Koetz are in the backseat.

What started as a joke between friends, became a real event in 1992.

“We've had it anywhere from 61 degrees to six below with a 29 mile-an-hour wind,” Rog says.

That’s no small feat in cars without heaters.

Yet with passengers dressed in warm coats and caps, 16 Model A’s paraded around the southeast metro.

As if to prove his mettle, Jasper Bond enjoyed the view from a rumble seat.

“It's warmed up,” Jasper says, glancing at his phone from his seat in the open air. “It's only 32 degrees now.”

Credit: Chad Nelson, KARE
A parade of Model A Fords taking part in the Twin Cities Model A Ford Ironman

From 1927 to 1932, Ford produced more than five million model A's, most of which spent their winters on the road, not tucked in garages.

Some Model A’s were even retrofitted with tracks and skis and marketed to mail carriers.

Jasper owns one such model he brought to the Ironman on a trailer – a mail rig that once served the Minnesota community of Braham.

Credit: Chad Nelson, KARE
Jasper Bond stands next to Model A Ford, once used as a tracked mail delivery vehicle

“I went to a show a few years ago and I saw one of these and decided I just had to have one,” Rog says.

If mail carriers could weather the winter in a Model A, the members of the Twin Cities Model A Ford Club decided at least one winter day every four years they too would stake a claim on hardy.

“I'll tell you this,” Ken Huber says.  “We're turning a lot of heads out here today.”

MORE LAND OF 10,000 STORIES: North Minneapolis barber is a catalyst on his corner

1 / 7
Chad Nelson, KARE
Lynne Groven (far left) and her husband Rog Anderson organize the Model A Ford Ironman. Their friends Fred Rengel and Pam Koetz are in the backseat.