New owners of Rudy Olson's boyhood home gift him with a precious memory. 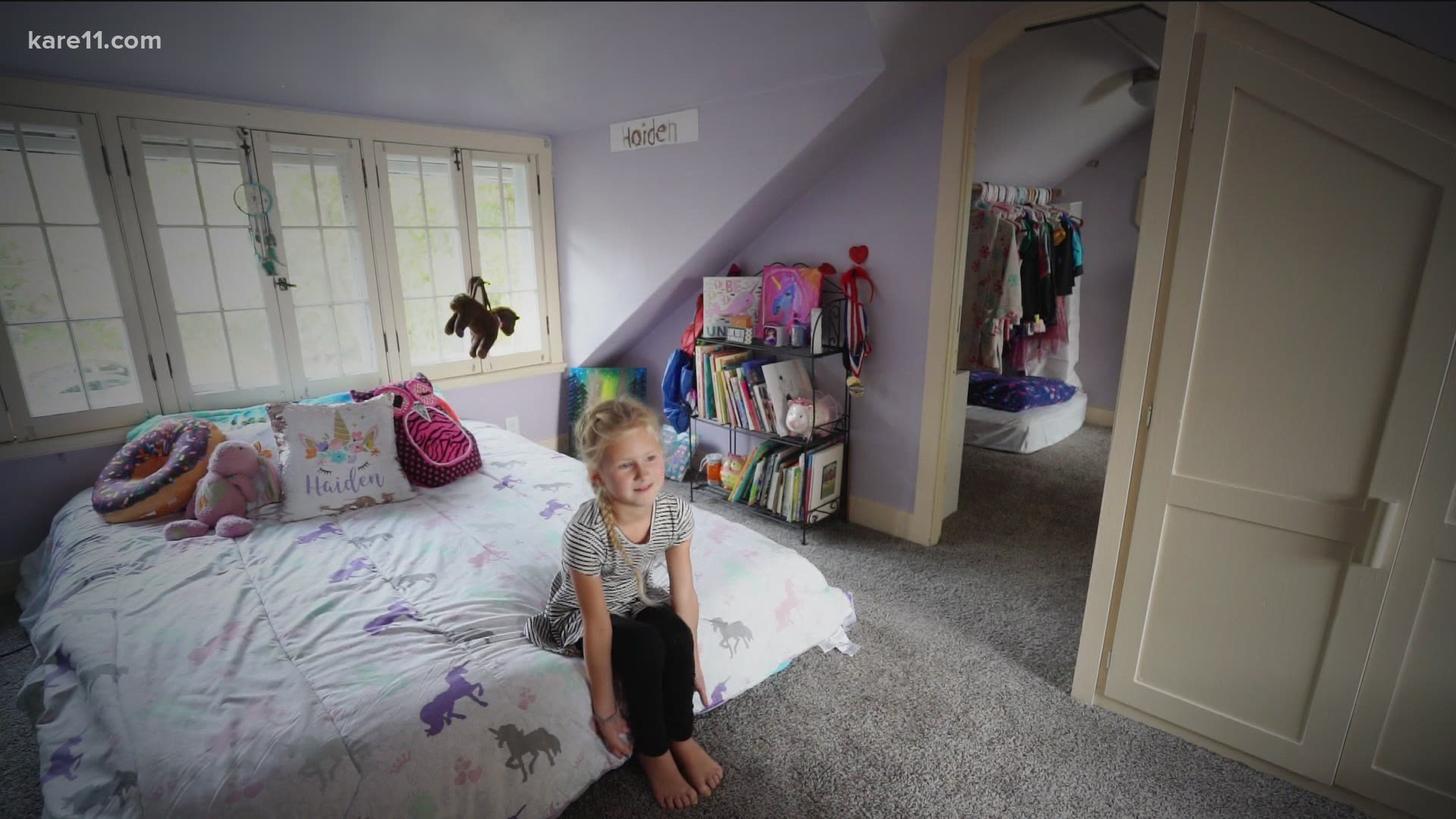 It’s back in the hands of the former toddler, now 77-years-old.

“That’s for Rudy, that’s for me!” Rudy Olson beams as he stands next to his former bedroom door – still displaying the “R” his parents cut at eye level.

The door came to Rudy gift wrapped, a present from the current owners of his boyhood home on Forest Lake.

Rudy didn’t know the new owners when he saw them in the yard, while he was out walking with his wife.

He stopped to ask if the door with the “R” might still be hanging in his old bedroom, since converted into a closet. Told that it was, Rudy’s face lit up.

Credit: Chad Nelson, KARE
The Hildre family was puzzled by the "R" cut in the closet door in their daughter's bedroom.

He explained to the new owners that his parents cut the “R” in the door as way to look inside without disturbing their sleeping toddler.

“When we first toured the house, it was one of the interesting things that caught my eye. What’s that door? I was just so curious,” Ben Hildre, the home’s current owner, says.

“I thought it might be for rainbows,” Haiden says of the “R.”

When her dad suggested removing the door as a gift to Rudy, Haiden wasn't so sure.

“That's the door to cover my closet,” she told her dad.

But she came around.

“After like a day, I told them OK, since it was already gone,” Haiden says.

Credit: Chad Nelson, KARE
Ben Hildre came up with a plan to give his daughter's closet door to the man who occupied the room as a child.

Rudy plans to hang the door in his current home, mounted with a plaque recognizing the family who gave it to him.

“I say it's the greatest gift,” he says. “And we need that in today's world, people caring about other people.”

Things seem to be working out for Haiden too. After all, the empty doorway to her closet will need to be filled.

“I'm working on getting that ‘H’ done for her,” Ben says.

Haiden’s parents hope the customized door will hold as much meaning for their daughter 75 years from now, as the old door does for Rudy.

“It'll be hers to have growing up,” Jessica Hildre, Haiden’s mom, says. “We don't plan to leave the house for quite a while.”

Why would they leave, living as they do in a multi-storied house.