Officer cites widow for shoplifting, then delivers food to her home 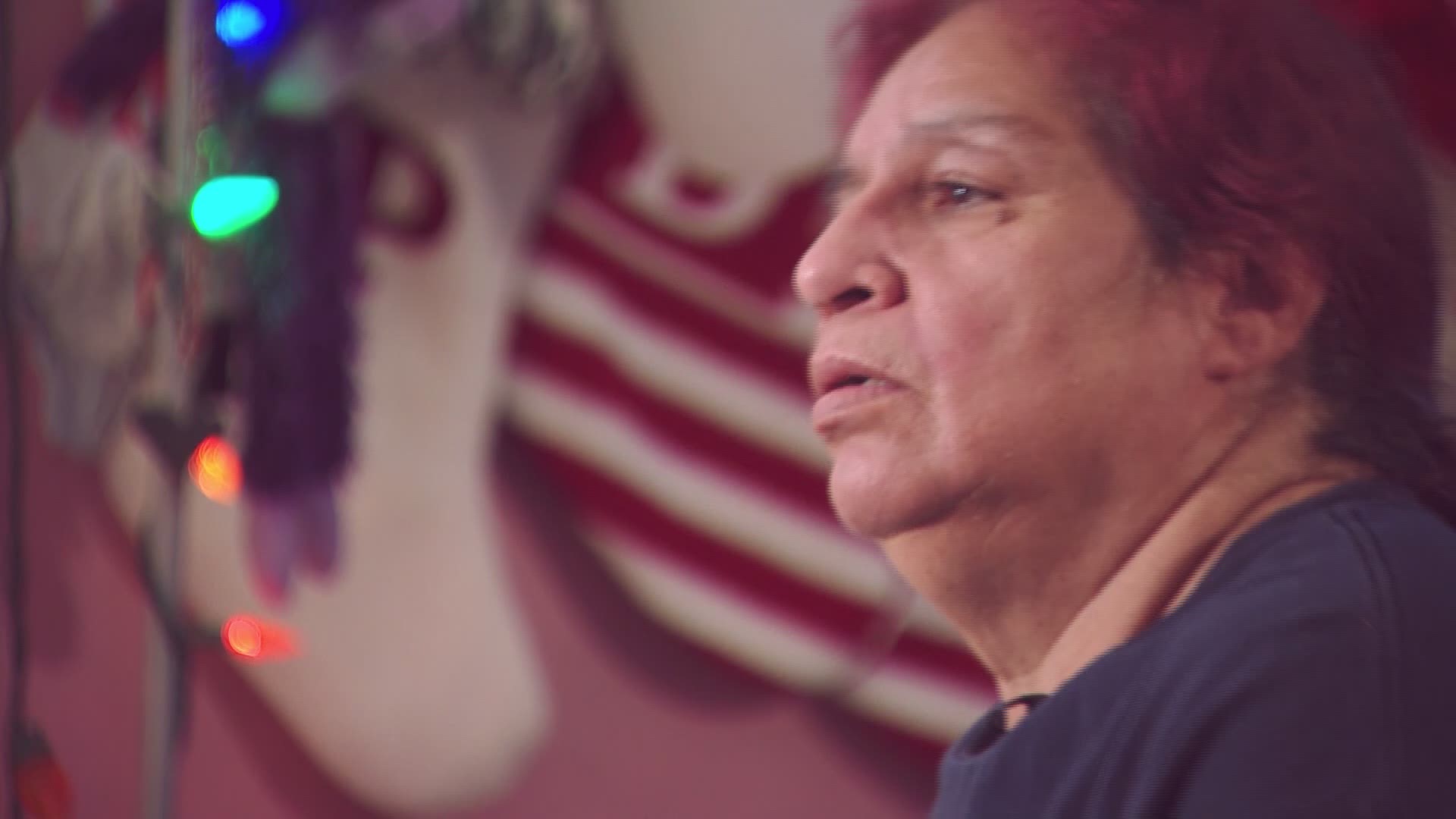 WOODBURY, Minnesota — The head of the house is understandably anxious.

A television crew is setting up in her living room. Questions are coming that won’t be easily answered. Embarrassing questions.

“I knew what I had done was wrong,” Sarah Lindgren will say. “I just didn't care anymore.”

Weeks earlier, at the start of the holiday season, the 61-year-old grandmother was sliding her groceries across the self-checkout at the Woodbury Walmart.

Scanner beeping - her total climbing - Lindgren pulled from her cart a package of steaks.

She had counted the money in her wallet.  “I just didn't have enough,” she realized.

Holding the steaks she’d promised her family for dinner, Lindgren made a split-second decision. “I didn’t have enough for them and I just bagged them anyway.”

Lindgren was walking out of the store when a Walmart employee stopped her.

The phone call from Walmart to the Woodbury Police Department was routine.

Officer Bryan Wagner knows the shoplifting drill. “I go there sometimes three to four times a day,” he said.

But Wagner's routine day was about to turn.

Sarah had been taken to a room away from other Walmart customers.  Her 18-year-old daughter, Danielle, who’d accompanied Sarah to the store, was sobbing when Wagner entered.

“Sarah told me her daughter was autistic,” Wagner said.

“I was scared,” Danielle would later say.

Her mom was scared too.

“I wasn’t scared for me,” she said. “I was scared for my family; what it would mean for me not to be here.”

The head of the Lindgren household has a lot on her plate.  In addition to Danielle, eight other children and grandchildren live with Sarah.

Sarah’s husband had been the family’s provider until his death 15 years ago. His life insurance kept the family above water for several years but has since run out.

Danielle’s medical issues, some car accidents - and Lindgren found herself struggling to pay her bills.

“You get to a point where you're drained, you can't even think,” she said.

Yet, until that day at the Walmart, Lindgren assured Officer Wagner, she had never stolen anything.

“I was a little skeptical,” the officer said. “Just because we always have to be.”

Wagner wrote Lindgren a citation, then returned to his car and ran a background check.

“There was nothing.  She has less speeding tickets than I do,” Wagner said. “No negative contacts ever. Our system goes back to the 80s, there's nothing.”

Lindgren had told him the truth.

“That’s when I decide that she needed help,” Wagner said.

Lindgren left the Walmart and drove home with her daughter.  Roughly an hour later her phone rang. It was Wagner.

Lindgren pictured herself being led away in handcuffs. “He's coming back to get me,” she thought.

Officer Wagner had made a stop at Christian Cupboard Emergency Food Shelf.

“These are volunteers who are serving customers every week,” she said. “But hearing her story really touched them, when you think about how desperate she must have felt.”

By the time they were done, boxes, cans, and fresh fruits and vegetables filled the backseat, passenger seat and trunk of Officer Wagner’s squad car.

Then, the Woodbury officer drove to Lindgren's Oakdale home and knocked on her door.

“Couldn't believe it, I was just overwhelmed, stunned, in disbelief,” Lindgren said.

She also experienced a rush of guilt.

“She told me to bring it back,” Wagner said. “She said, ‘I don't deserve this, I committed a crime.’”

Wagner wouldn’t hear of it.  The food was delivered to Lindgren’s kitchen.

Wagner had more news for Lindgren.  He’d talked to Walmart and voided the citation he had written her.  “Throw it in the garbage,” Wagner told her.

Weeks later Lindgren still gets emotional talking about it.

“He made me feel like I wasn't all alone, like I wasn't carrying the whole load by myself,” Lindgren said, tears welling in her eyes. “He's my guardian angel.”

But, then, Officer Wagner also knows something about guardian angels.

Eighteen months ago, Wagner was nearly killed when a tow truck slammed into the back of his squad car, parked at the time in the median of Interstate 494.

Six months out with a brain injury – still not back to work full-time – Bryan Wagner is grateful to be alive.

He had more to do.

“I guess so,” he says. “God gives us second chances and you've got to take advantage of them.”

Officer Wagner got his second chance – then gave Lindgren one too.

“In the grand scheme of life, it’s a tiny mistake she’s made,” Wagner said. “I commend her more than anything to coming forward and facing protentional criticism from people to say, ‘This is where I’ve been, get help, it’s okay.”

Lindgren knows some people hearing her story “are going to be upset.”  She envisions her critics saying, “’You shouldn’t have done what you did. You deserve to go to jail.’”

She pauses, then adds, “They’re probably right. But there’s going to be some who know what I’m talking about. They know what I’m feeling. They’ve been through it.”

She hopes other can also learn from her lapse in judgement. “I’ve learned there is help. There is help if you ask for it.”

Officer cites widow for shoplifting, then delivers food to her home