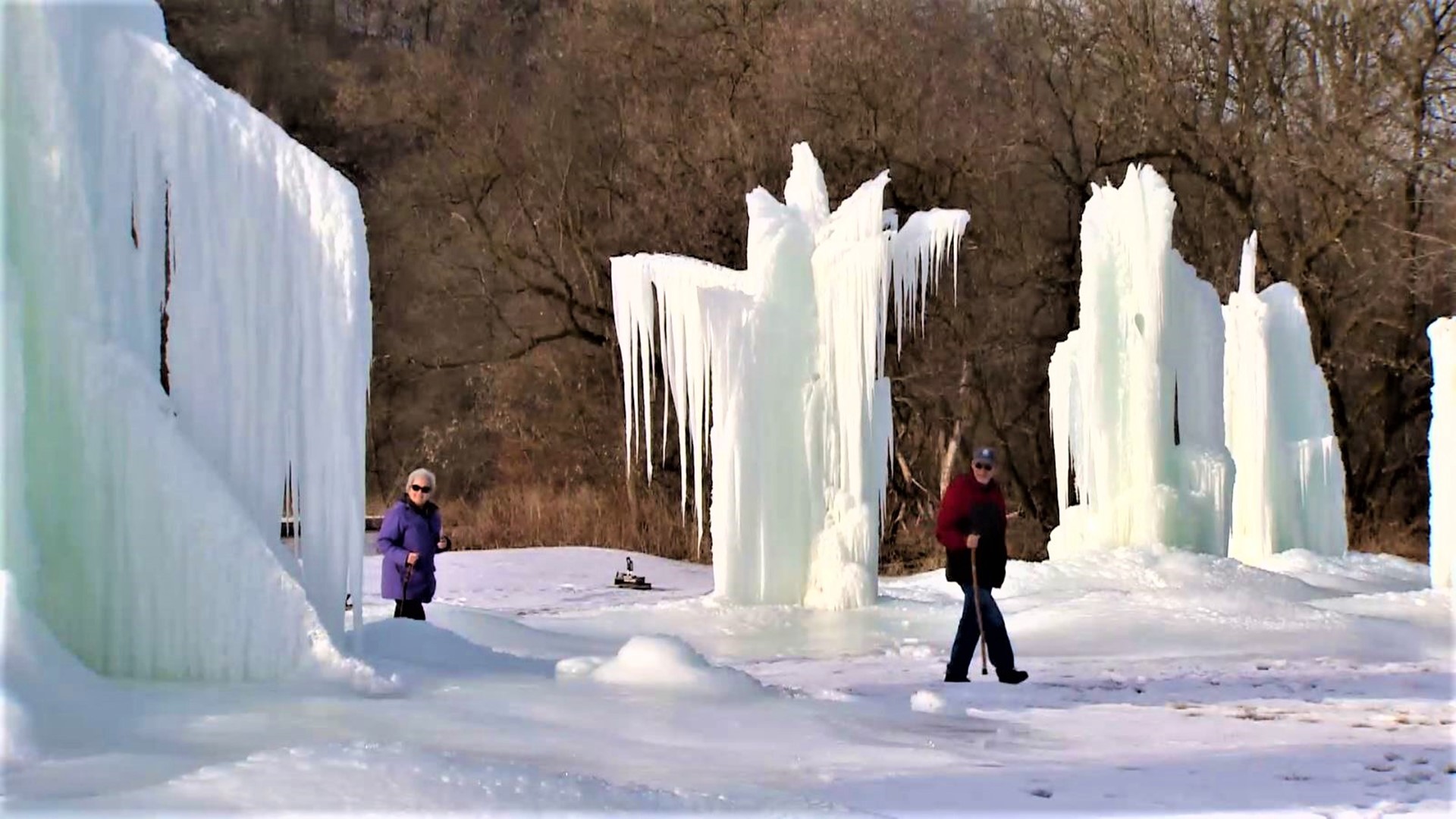 MAIDEN ROCK, Wis. — When he bought his hunting land in the Rush River valley of Pierce County, Wisconsin, Roger Nelson was attracted to the scenery.

“Kind of back to Mother Nature,” Roger says.

But it was just a matter of time until nature joined forces with Roger.

It’s the perfect marriage, really. The owner of Nelson Plumbing just happened to purchase hunting land that sits atop an artesian well.

Roger opens the valve on an outdoor pipe, and, without a pump, water surges from 650 feet below at the rate of 1,000 gallons per minute.

One tiny ice sculpture, formed accidentally when Roger left open a smaller pipe, has inspired more than 30 others – all of them connected by the plumber to his artesian well, quietly feeding his growing behemoths, 24/7.

“It's all from the pressure of that artesian well, 25 pounds of pressure all the time,” Roger says.

Each of the sculptures gets its start as a standing pipe –  a flagpole, basically – into which Roger drills holes.

Roger drills the holes and nature decides the shapes. “You never have a clue,” Roger says.

Impressive as they are in sunlight, Roger’s sculptures take on the aura of ice spirits at night, when the lights he installed flip on.

Roger laid more than a of a third-of-a-mile of underground pipe to feed nature's creative appetite.

“I'm surprised there's not more of them,” David says. “It's all or nothing.”

Having provided the means for nature to create the sculptures, Roger invites all comers to check them out.

On busy days, a steady stream of cars arrives from early morning until well after dark.

“It feels like it's a fairytale,” one visitor says as she snaps photos.

As long as the earth keeps sending up the water, Roger will honor the gift.

“I love when people come out and see them,” he says.