'Pup-side' to the pandemic: 18 new puppies in three-block neighborhood

Minnesota neighborhood is hound zero in wave of pet adoptions. 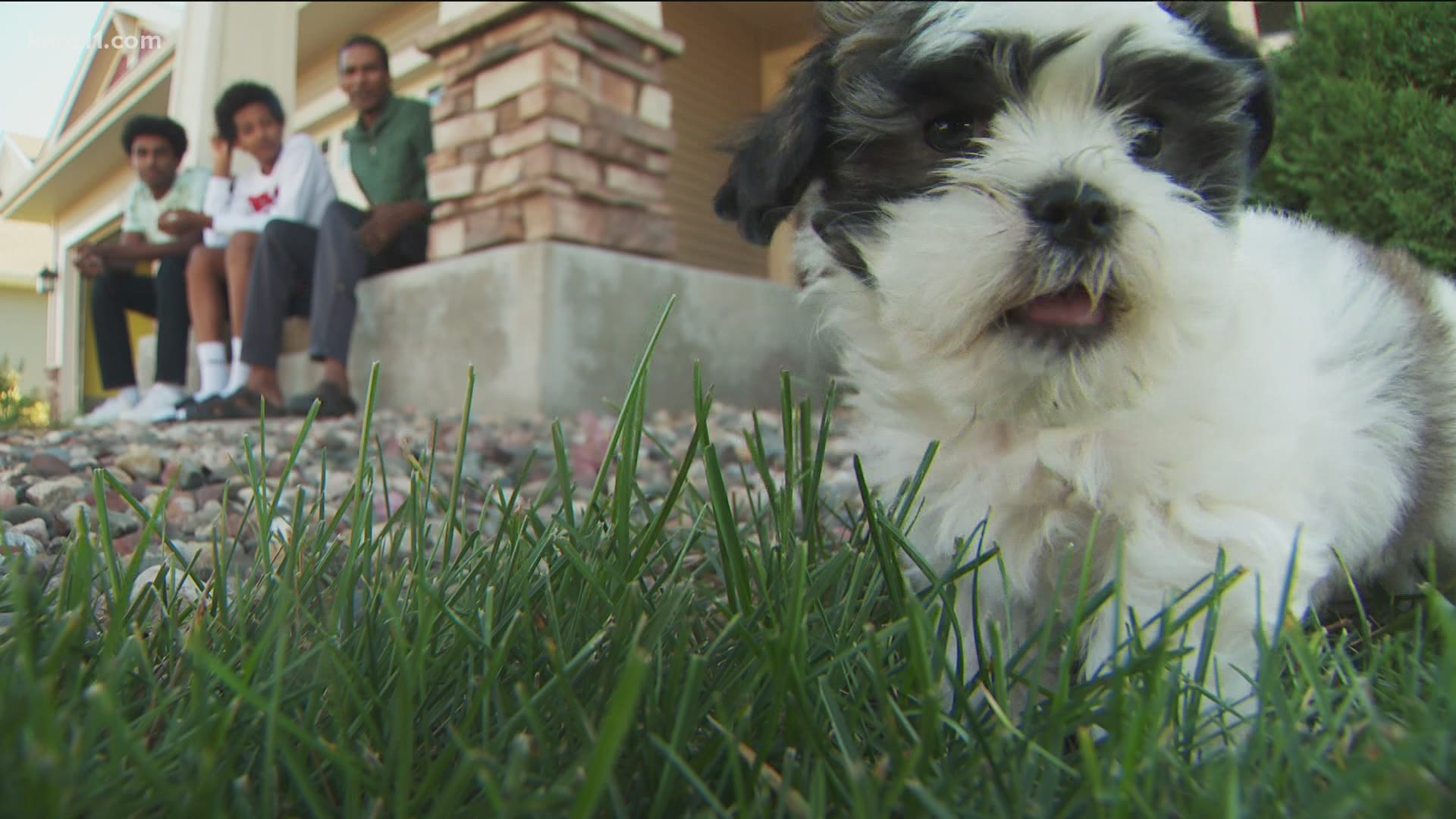 ROSEMOUNT, Minn. — In a year setting records for pet adoptions, a Rosemount neighborhood is hound zero.

Within three blocks on the eastern edge of the city, 18 families have welcomed new puppies into their homes since COVID-19 restrictions began in March.

“This is a pup-side to the pandemic,” Natalie Albers, who lives in the neighborhood, says.

Albers is the unofficial keeper of the puppy count, which includes five new pups in one cul-de-sac.

Credit: Chad Nelson, KARE
Ace has joined the Murphy family. He's one of 18 new puppies in a three block neighborhood in Rosemount, Minnesota.

One block over from Albers, Pete Eklund’s kids finally won over their reluctant dad after years of badgering. A Havamalt puppy named Bandit arrived on April 20.

“It’s hard to imagine life without him,” Eklund now says. “I never thought I would say that, but he’s grown on me quite a bit. I love the little guy a lot.”

“At six in the morning, it’s dark, and Stanley is by the back door ready to play. He whimpers, like ‘C’mon, let me go, I want to see him.’ Caryn Birr, Stanley’s owner, says.

Ace, a Golden Retriever, is the first dog to join the Murphy family.

“It kind of felt right,” 8-year-old Laura Murphy says, “because it’s like during COVID, so there’s really nothing else to do except that.”

One of the neighborhood’s more recent arrivals is a Maltese-Shih Tzu mix named Lulu, the first dog for the Gebeyehu family.

“We didn’t think that would be doable, but now with COVID we are all home,” Tad Gebeyehu, the father of two teenagers, says. “It’s just like babies again, just raising our kids, it’s almost the same.”

Recently, Albers gathered the puppies together in a neighborhood park for a photos and video.

Two other neighborhood pups, Bear and Macy were unable to make it.

Another, Mayze, arrived at her new home a couple weeks after the gathering.

Credit: Chad Nelson, KARE
Charlotte is among 18 puppies welcomed by families in a three-block area of Rosemount, Minnesota.

As for Albers, the mother of three has resisted the pleas of her children to add to the puppy pack.

“So, like every week we write dog on the grocery list,” Graham Albers, Natalie’s 11-year-old son, says.

Graham and his two brothers may be making progress. “I will admit that they are wearing us down,” their mother says.

Credit: Chad Nelson, KARE
Lulu is the newest addition to the Gebeyehu family

PHOTOS: Land of 10,000 Stories: 'Pup-side' to the pandemic; 18 new puppies in three-block neighborhood

1 / 5
Chad Nelson, KARE
Ace has joined the Murphy family. He's one of 18 new puppies in a three block neighborhood in Rosemount, Minnesota.