Balsam Lake, Wisconsin took in Danny Amos when no one else was there for him. 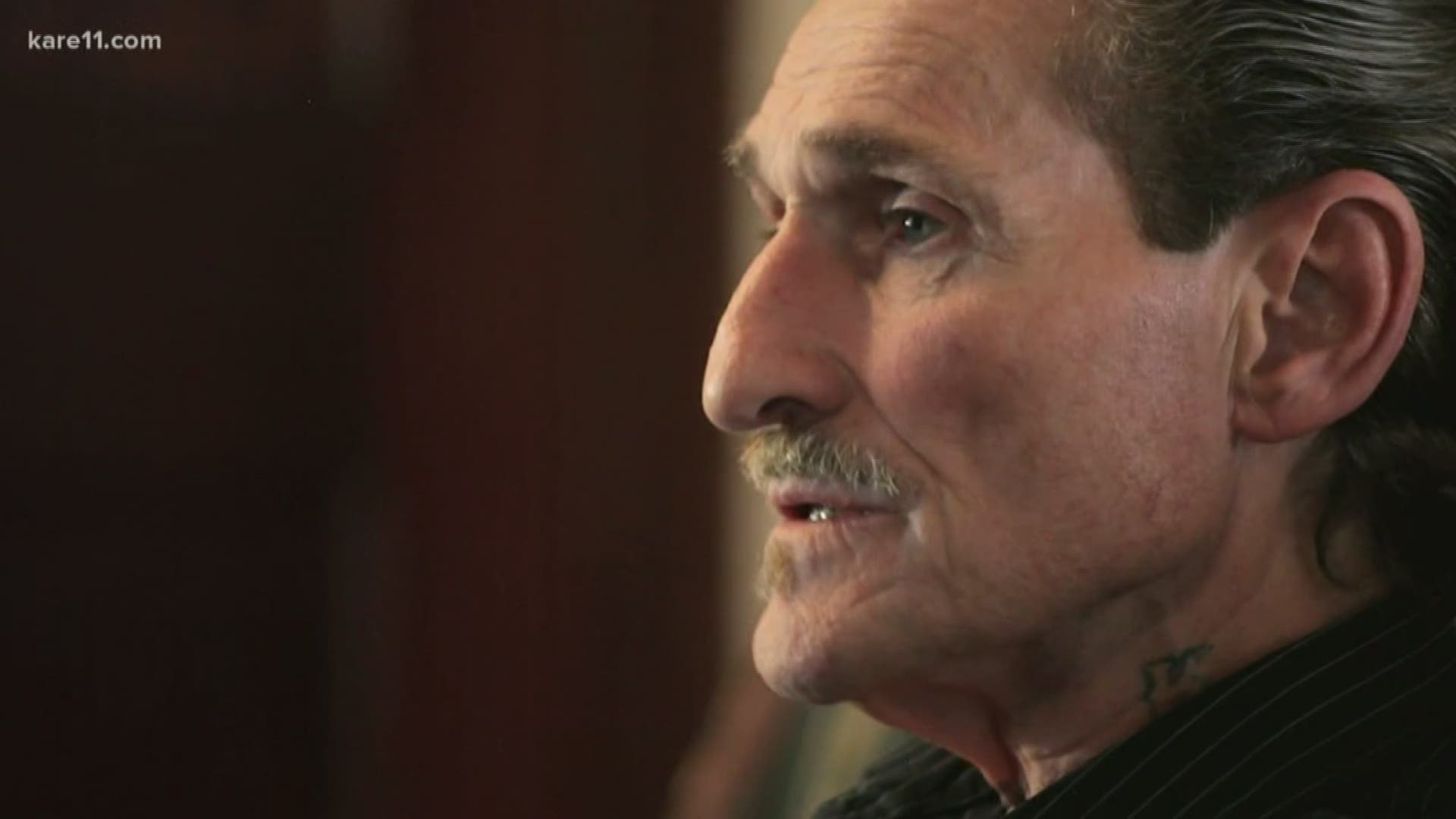 BALSAM LAKE, Wis — When the life of Danny Amos is celebrated next week, Pastor Chris Folkestad will not be lacking material for a sermon.

Amos has practically written it for him.

“The Bible talks about being a new person when you find the hope of God,” the co-lead pastor at Alliance Church of the Valley said. “Danny’s a great example of exactly what that looks like.”

Amos died of cancer on February 27th. He was 68 years old, with roughly 50 of those years spent incarcerated.

“I had a lot of faith in what could happen,” Nicole Strom, a field supervisor for the Wisconsin Department of Corrections said.

Strom was a parole agent five years ago, when she was tasked with reintroducing Amos to life outside a prison.

At the time, she put his chances of success at “slim to none.”

Strom came to that conclusion after reviewing a file more than six-inches thick, some pages so old they’d been copied on carbon paper.

Amos was in elementary school in Kansas City when he entered the juvenile system for stealing bikes and candy bars. His father was already in prison and his mother told a judge she didn’t want him anymore.  At the age of 10, Amos was made a ward of the state.

Years of escapes and ever-worsening crimes netted Amos decades in state and federal prisons.  From the age of 10 to his early 60s, he was either in custody or an escapee on the lam.

Yet by 2015, Amos had served his time and was entitled to be released. He walked out of prison with $3.70 in his pocket and no connections to family.

By then, Strom had laid the groundwork she hoped would fill the gap. The family Amos lacked, would come from Balsam Lake and the surrounding communities.

Amos would need help with the simplest of tasks. He didn’t know the sizes of the clothes he wore, how to use a crosswalk or open a can. On his first trip to Walmart, Amos panicked when the automatic doors opened in front of him.

Yet, his new friends and mentors were there to help.

Amos made friends, joined Alliance Church of the Valley and became a trusted member of the community.

“For four years I got a phone call every Monday and every Friday,” Strom said. “I swear he just had a list of people he just went down a list for a check-in. It made him feel humble, safe, human - he had people he could reach out to.”

Last year, Amos was discharged from his parole. He was a free man. Strom’s office held a celebration for him. Amos also wrote a book.

His friend Jeff Register says the relationships Amos built went both ways. “Danny believed that the Lord brought all of us to him,” Register said. “I think God had a purpose of introducing us to him. I think anybody that was touched by Danny has grown in our own personal journey.”

During his five years free of prison, Amos connected with family in the Kansas City area and wrote a book about his life and redemption.

Amos’ memorial service will be held on March 21st at 1:00 pm at Alliance Church of the Valley in St. Croix Falls, Wisconsin.

Pastor Folkestad will be among those summing up the legacy Amos leaves behind. “He lived a lot of life in those five years that he was here,” Folkestad said. “He found something here that he hadn’t seen before - he saw people that cared for him.”

RELATED: Nurse with incurable cancer stays at bedsides of her young cancer patients

RELATED: Outpouring of support for teacher dressing his class for success