Tyler Shipman dreamed of having his car restored before he passed away. 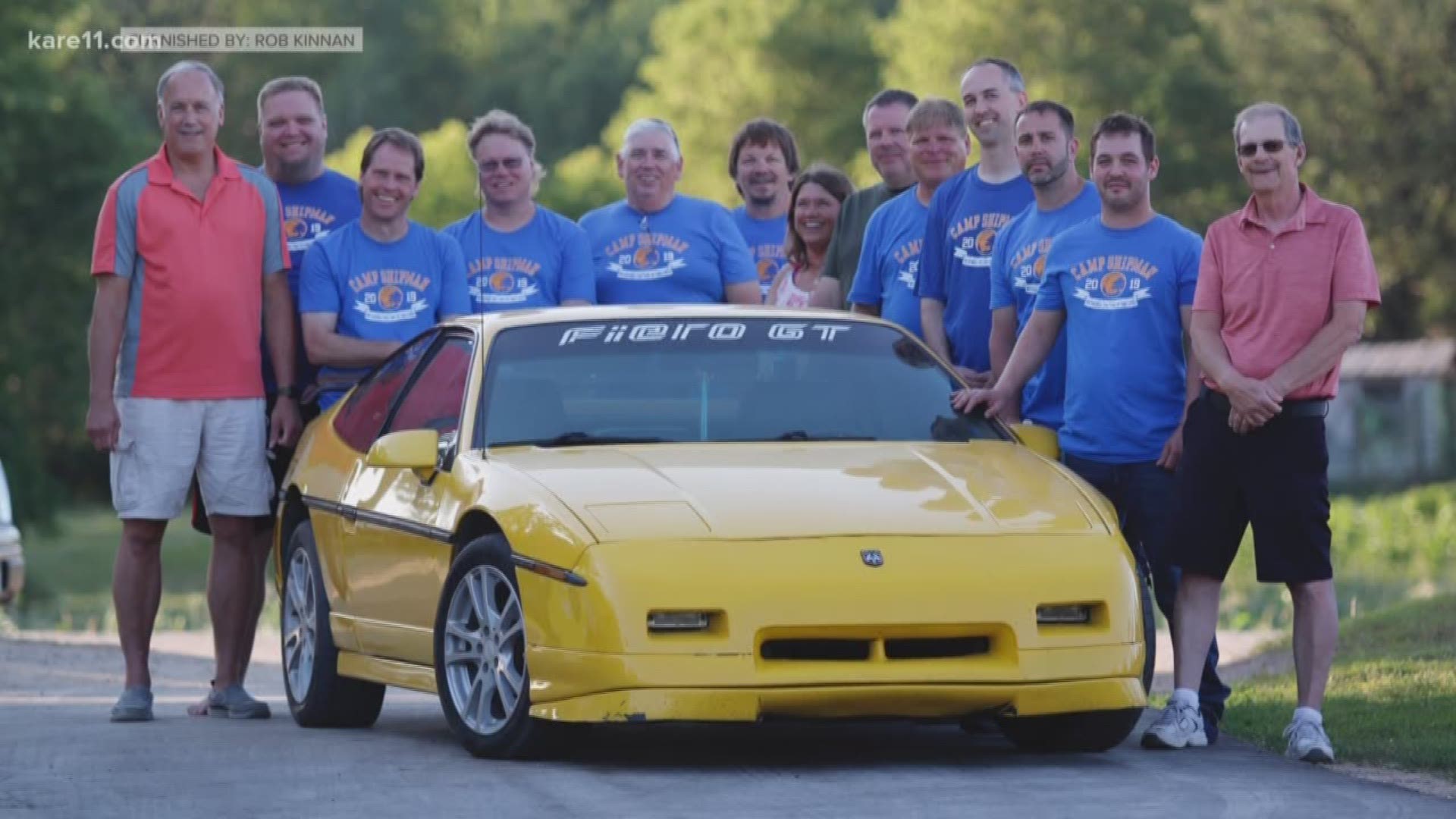 FRAZEE, Minn. — A special anniversary was marked this weekend in a small western Minnesota town.

The show honors a teenager who died of cancer in 2010 and a group that gathered from around the country to make Tyler’s dying wish come true.

After seeing Tyler’s plea in an online Pontiac Fiero forum, two-dozen Fiero owners drove and flew to Frazee to help the teen restore his car before he passed away.

The story was widely viewed after being featured in Boyd Huppert’s Land of 10,000 Stories.

Tyler died of cancer less than three months after his car was completed.

Each year since, members of the original build team have traveled back to Frazee for the car show, many of them camping in the Shipman back yard.

This year, they posed for a picture in front of Tyler’s yellow Fiero, now driven by his younger brother Carter.

"For us it has been a huge blessing to have these people in our lives and they really have become our family," said Daneele Shipman, Tyler's mother.

Not only has the annual gathering helped the Shipman family through its grieving process, Daneele Shipman says it's given her younger children, 18-year-old Cassidy and 19-year-old Carter, "a way to remember their brother in a really positive way."

Chris Kliewer, a member of the original build team, has not missed a car show in 10 years.

“I remember every detail of the build as if it were yesterday,” Kliewer says. “This is the one weekend I have threatened to walk off the job for when my vacation request wasn’t approved one year. That is what it means to me.”

The annual Tyler Shipman Memorial Car Show has raised more than $30,000 for scholarships and to help other families of children diagnosed with cancer.