We look back at a year's worth of memories. 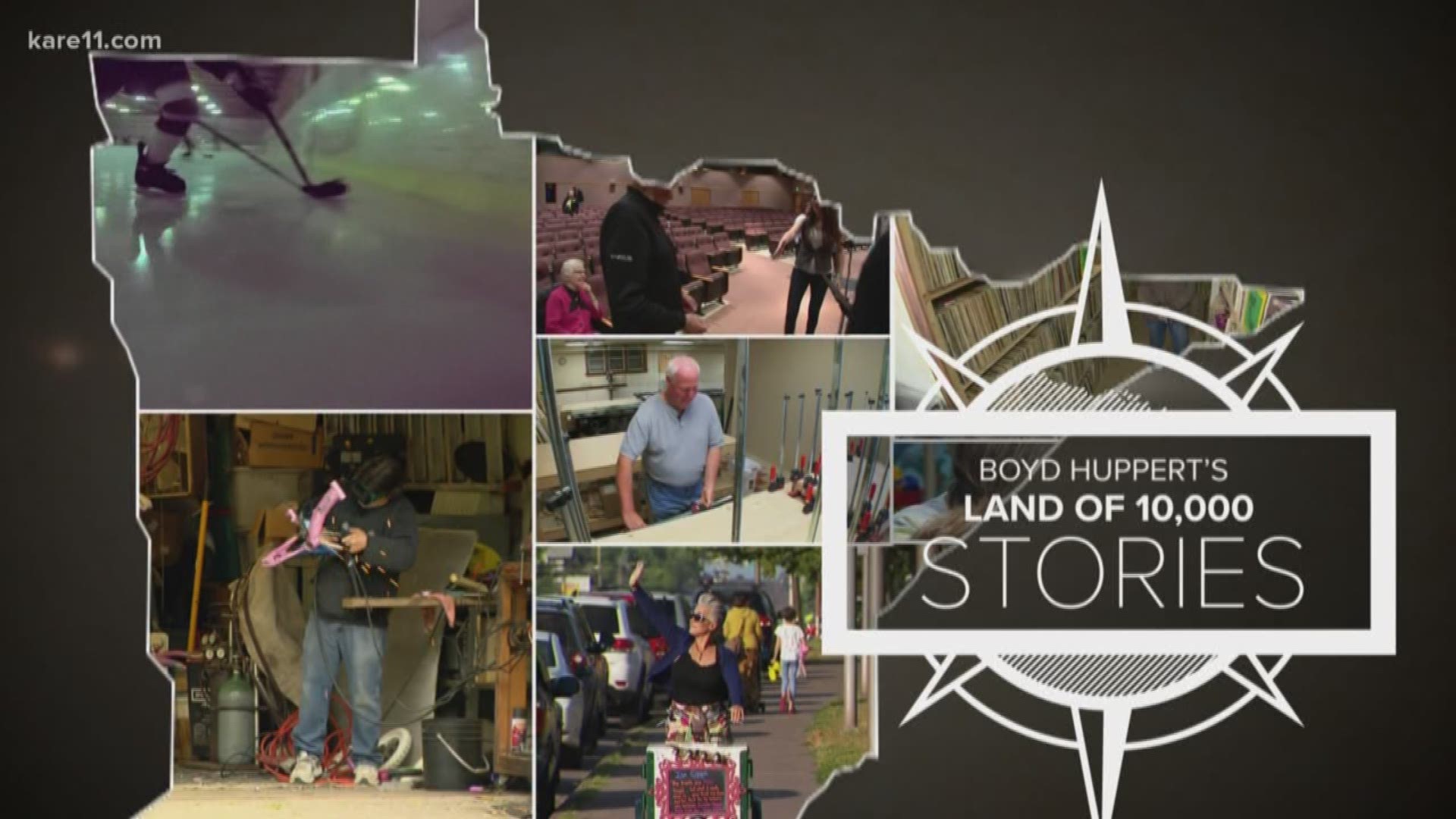 The season of lights.

Mark Coen, a former Catholic priest working out of a former Lutheran church in Hibbing, is on a new mission to make caskets affordable:  https://kare11.tv/2znAxeS

Jack Carlson fixed up bikes for children with disabilities. Then, a viewer touched by his story fixed Jack's teeth: http://kare11.tv/2GMyP5J

Paul Schulz provided free ice time for hundreds of children in the farm shed his family still converts each winter to a hockey arena, 13 years after Paul's untimely death: http://kare11.tv/2EWnQa1

Fourteen-year-old Sydney Dutton hands out hundreds of flags each year to honor her police officer father, who died on flag day: https://kare11.tv/2Mys4rC

The daily hugs with which Birchwood, Wisconsin’s kindergartners greet each other inspired a viral video:  https://kare11.tv/2Bd5C2H

Stillwater High School students Trey Kruse and Adam Potter first taught their classmates – then the world - friendship knows no bounds.  In 2018, their story was viewed more than 14 million times: https://kare11.tv/2CQVGyd

Monarch butterflies have a true friend in Kay Hamilton.  The Eagan woman has been “mom” to thousands of them: https://kare11.tv/2LWu1N2

Cassie, a yellow lab from Sartell, hasn't taken a walk without her stick in eleven years:  http://kare11.tv/2mcBrBO

RJ Smith has collected 70,000 golf balls he stores floor to ceiling in a Rochester garage: https://kare11.tv/2lteZng

Whalen hosts Minnesota’s only Stand Still Parade.  On the two-block Main Street of the Fillmore County community, the parade stands still, while spectators walk around it: https://kare11.tv/2LzYr93

Ely hosts the nation’s only canoe marathon.  Participants run 26.2 miles while portaging canoes.  Some of them actually finish: https://kare11.tv/2zLnuSC

2018 marked the 100th anniversary of the Cloquet-Moose Lake fire, the deadliest natural disaster in Minnesota history.  More than 450 people lost their lives, including 14 members of the Soderburg family, asphyxiated in a root cellar where they had sought shelter: https://kare11.tv/2pOvgp4

Ray “Bubba” Sorenson has painted more than 70 “Freedom Rocks” across Iowa.  In 2018, he brought his first to Minnesota: https://kare11.tv/2LXMidD

Bordered by an international airport, an interstate highway, and a light rail line, Fort Snelling National Cemetery offers a respite to 228,000 souls and the families who visit them: https://kare11.tv/2KYkV3d

The sisters of Skip Schmidt – a casualty of the Vietnam War - welcomed to Minnesota, the son, neither they, nor Skip, knew he had: https://kare11.tv/2GAV0Lx

After three generations, The Huppert Dairy Farm in River Falls, Wisconsin, was among hundreds forced out of business by consolidation and a collapse in milk prices: https://kare11.tv/2rqavAl

Twenty-two years ago, Danny Givens shot, and nearly killed, lawman Art Blakey.  Blakey not only forgave his shooter, he befriended and mentored him: https://kare11.tv/2wm1kUR

Bob Husby purchased an ’85 VW Cabriolet convertible, into which he lifts his wife Kathy, who has Multiple Sclerosis, for summer rides: https://kare11.tv/2JoPu4d

Forty-six years after her young son was hit and killed by a car, Maggie Kron found healing through an adopt-a-highway sign: https://kare11.tv/2yYOrBE

At 72, Denice Juneski and Linda Jourdeans learned they were accidentally switched at birth at the St. Paul hospital where they were born 31 minutes apart – leading Linda and Denice to an unlikely friendship: https://kare11.tv/2Jt0zSz

Land of 10,000 Stories will resume with a new segment on Sunday, January 6 at 10 pm, and continue on Sunday nights thereafter. Thanks to everyone the past year who's kept the Land of 10,000 stories shining bright!