With a main street just two blocks long, the 63 residents of Whalan, Minnesota have had to get creative with their parade. 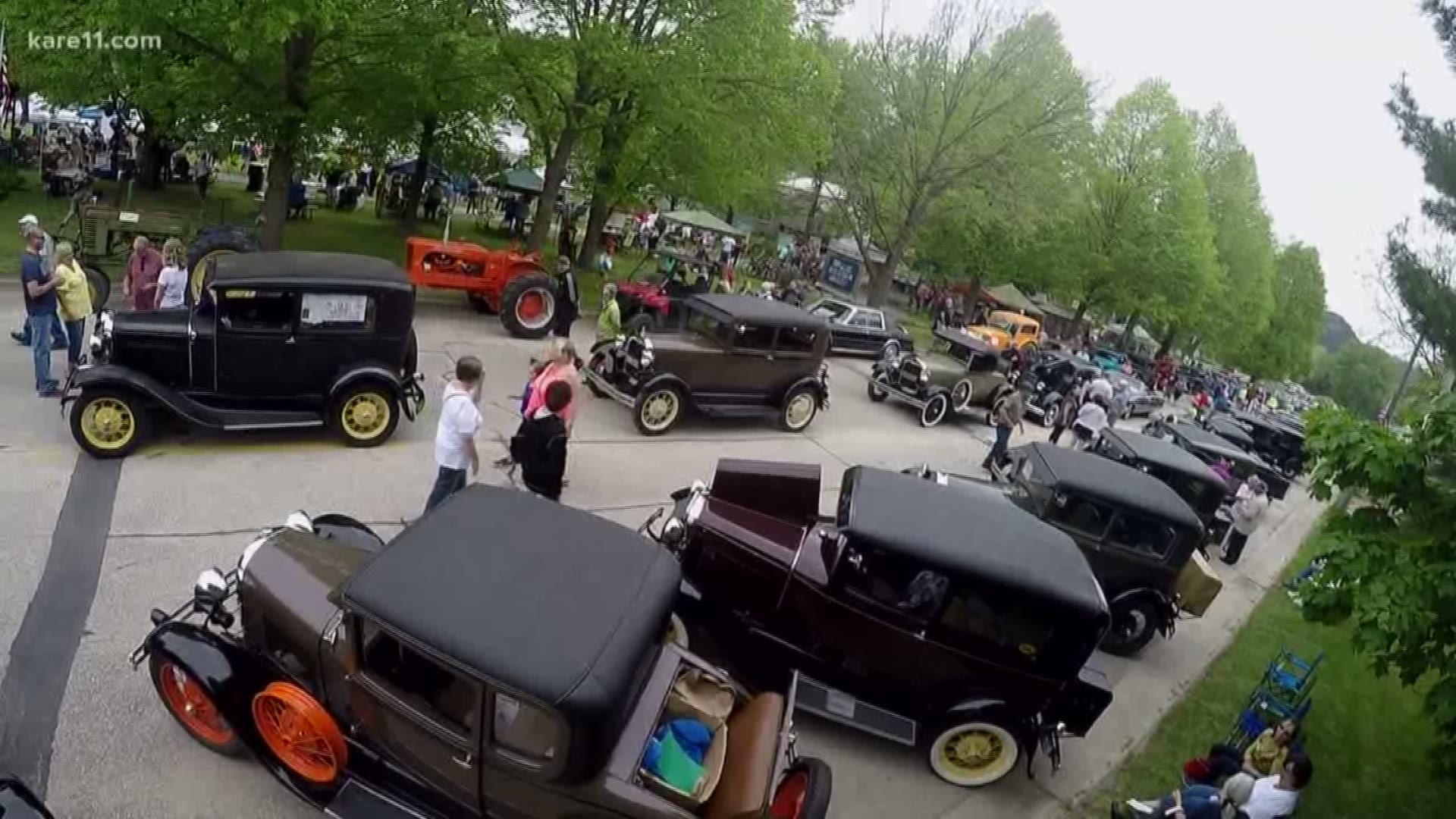 WHALAN, Minn. - If you are Pasadena or New York City, you can throw a Tournament of Roses or Thanksgiving Day parade, no problem.

But with a Main Street just two blocks long, the 63 residents of Whalan have had to get creative.

In Whalen, the parade stays parked, squished mostly on a city block, while parade-goers walk around it.

“I like the small-town feel, and you don't get much smaller,” said Gary Pralle, who drove from West Salem, Wisconsin with his wife Joan to attend Whalan’s unorthodox parade.

David Harrenstein gets credit for Whalan’s unique parade. The former owner of the Aroma Pie Shop, heard about a similar – but short-lived – parade in Iowa.

The pie shop owner took his half-baked idea for a stationary parade to the Whalen City Council, which didn’t exactly do somersaults.

“They just thought it was a little weird,” Harrenstein says. “And it was.”

Convinced it would work, Harrenstein kept pushing and the city council finally came around, though he still gets odd looks from people hearing about the Stand Still Parade for the first time.

“When you first tell somebody about it, they go, ‘What? It what?’” Harrenstein says.

Just in front of the band, members of the American Legion provided the color guard, while seated in folding chairs.

When asked what he enjoys most about Whalan’s parade, 91-year-old Arden Tuftin minced no words. “Sitting,” he said.

Not far away, a costumed woman tossed a handful of candy as a small group of children approached.

“You won’t get run over in this parade, that’s nice,” said Joe Schwartz as the kids crouched down to gather up the sweets.

Harrenstein says there is one question everyone asks. How does one know when a Stand Still Parade is over?