David Swanson played two trumpets at the same time at the Minnesota State Fair, where he first met the late performer. 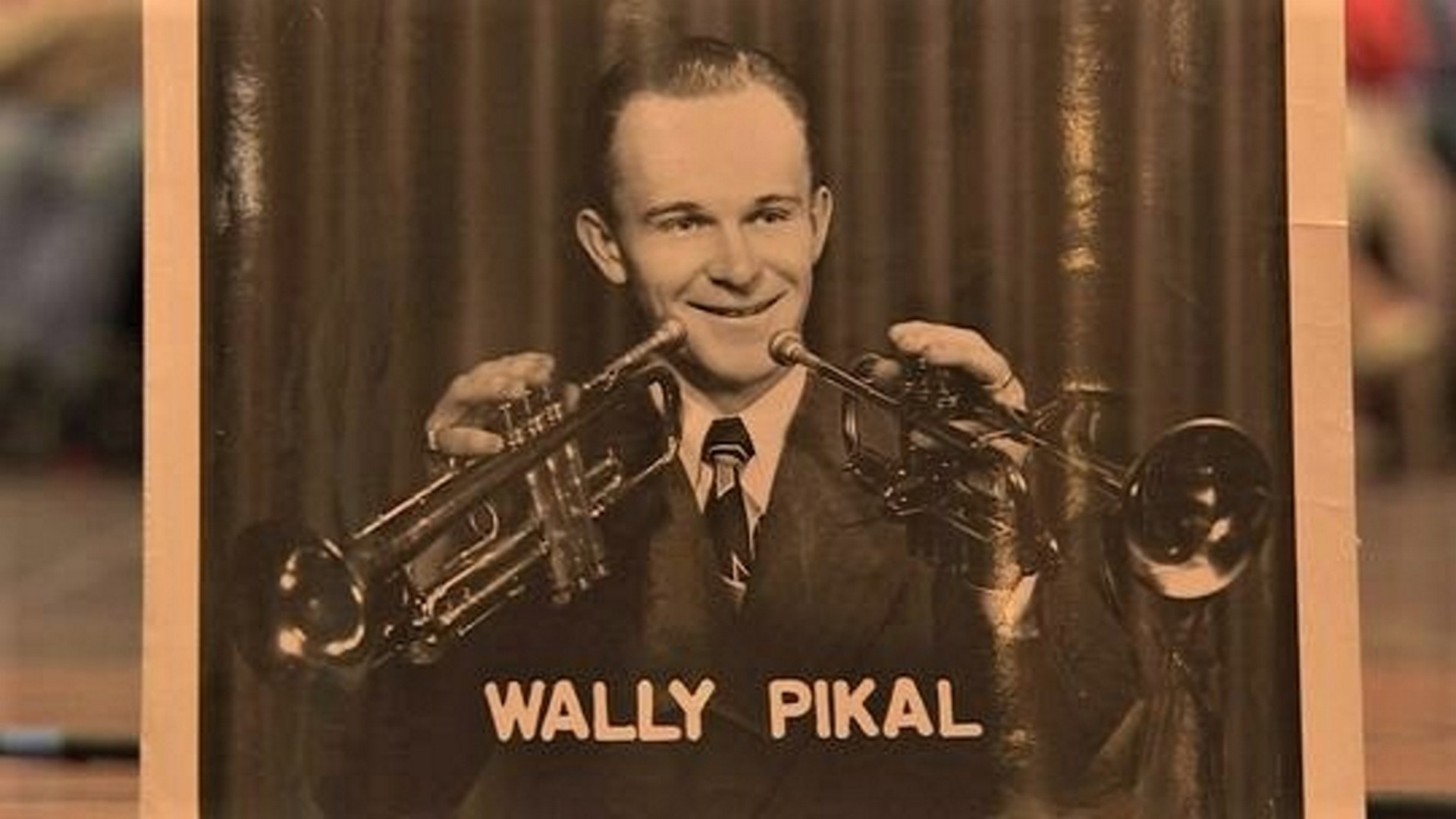 MINNEAPOLIS — A man inspired by a Minnesota polka legend is keeping the art of twin-trumpet playing alive.

Several years ago, David Swanson saw a story about Wally Pikal on KARE 11. Swanson made a trip to the Minnesota State Fair, specifically to see Pikal play two trumpets at one time, one belting out the melody and the other harmony.

“During Wally’s performance I studied how he held the horns,” Swanson said. “I felt I had a good musical ear and should have the potential to learn the art.”

After the performance, Swanson and Pikal shook hands. The elder musician told Swanson learning to play two trumpets would likely take a couple of years of practice.

Swanson bought a second trumpet on Craigslist. He soon learned playing two horns at once is more difficult than it looks.

“Double trumpet playing I would find required demanding physical strength with the weight of the horns, the hands to lip pressure and the lung-power to play two trumpets at the same time,” Swanson said.

Wally Pikal passed away in 2017 at age 90, two years after he was last featured in a KARE 11 follow-up to the original story about the bandleader, broadcast in 2004.

Swanson has since taken his own act to churches and senior homes. He’s also made multiple appearances at the Minnesota State Fair, the venue where he first met Pikal.

“I feel like I'm kind of keeping the art going for Wally,” Swanson said.