After her diagnosis with incurable cancer, Erika Rucks opted to continue working with young cancer patients 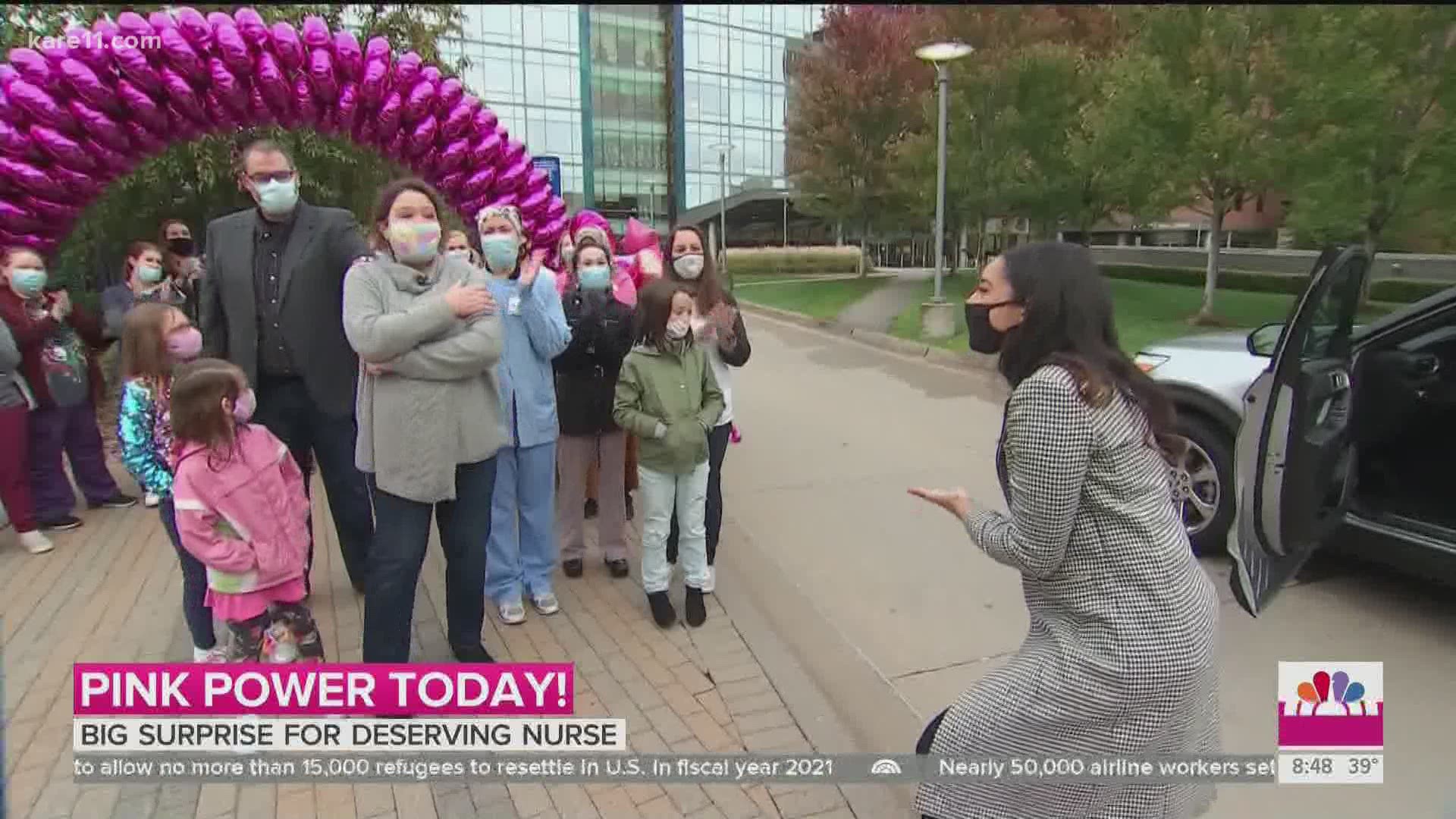 MINNEAPOLIS — A Twin Cities nurse calls her diagnosis with incurable cancer the worst day of her life.

In contrast, Erika Rucks’ last Friday couldn’t have been much better.

“I don’t even know what to think,” Erika said, still beaming after an early morning surprise in front of M Health Fairview University of Minnesota Children’s Hospital.

Erika knew she’d be going live with the anchors of the NBC TODAY Show. She did not see the brand-new Ford Explorer across the street that was about to be given to her in dramatic fashion in front of a national audience.

Last year, doctors diagnosed Erika with stage 4 metastatic breast cancer.  With no cure available, Erika might have been expected to leave her job at the hospital to spend whatever time she has with her husband and three young daughters.

Instead, she decided to continue her work with childhood cancer patients. “Even though I can’t necessarily cure my own cancer, I’m helping somebody else,” Erika said earlier this year.

In February, Boyd Huppert featured Erika in Land of 10,000 Stories. That story led to Friday’s eight minute TODAY Show segment – including a taped interview with Hoda Kotb, followed by the live appearance during which the SUV was present to a stunned Erika and her family.

“And here I was thinking I was just going to talk about breast cancer today,” Erika said afterward.

Ford donated the silver Explorer and $10,000 for travel through its Warrior in Pink program.

Erika said a road trip to Washington DC may be in her family’s future. It would be her first visit.

She acknowledges some tearful days since her diagnosis but will happily accept the good that’s come too.

“There’s always blessings along the way,” she said. “Honestly if I didn’t get the cancer, none of this would be happening at all.”