Erling Kindem, 89, and Emmett Rychner, 3, have become best of friends. 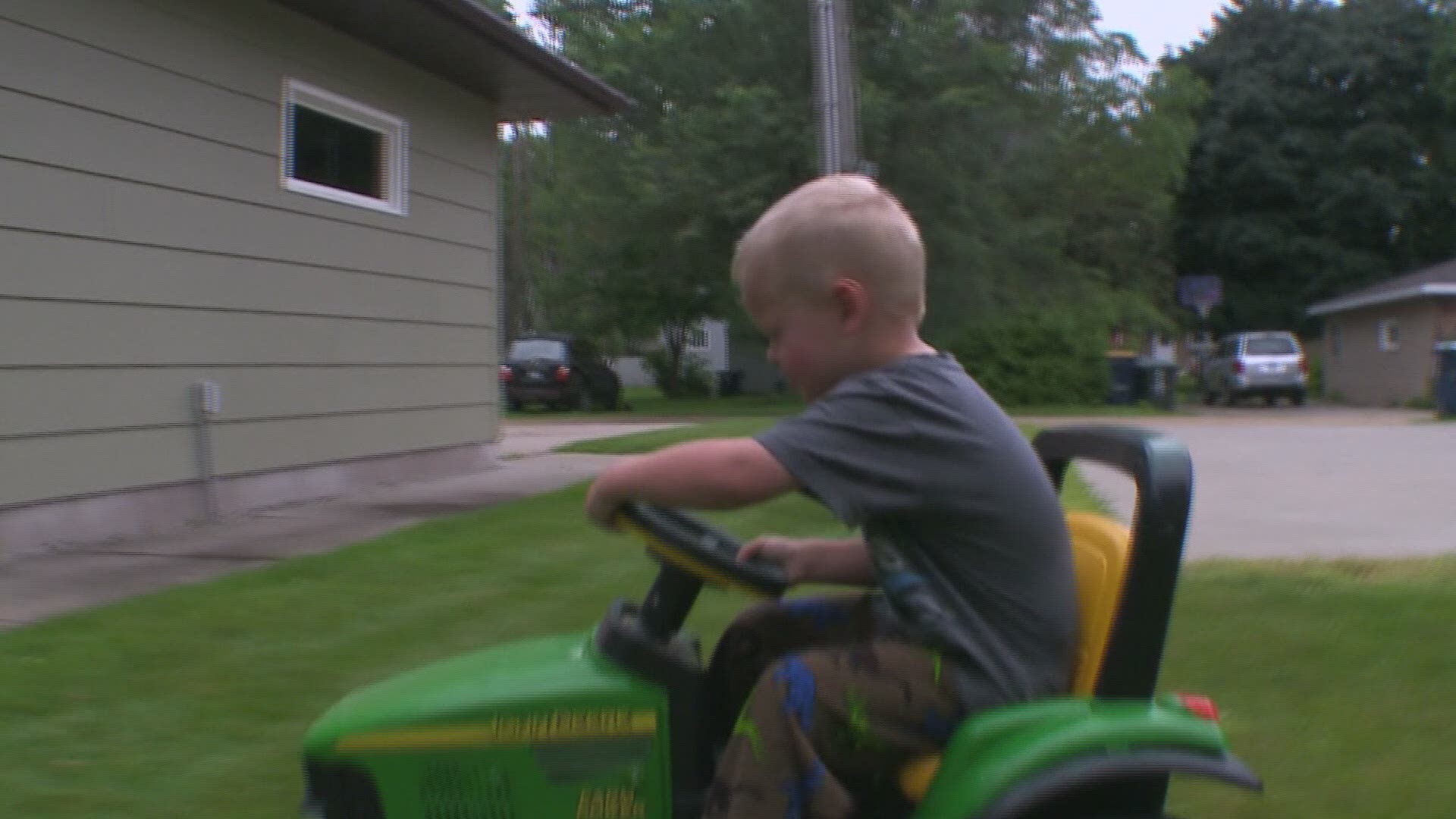 FARMINGTON, Minn. – For nearly a decade Bryan and Anika Rychner had little interaction with the elderly man next door.

At best, they'd flash a wave or say hello in passing.

That changed last year when their son Emmett, just 2 years old at the time, decided to pay Erling Kindem a visit.

"They kind of bonded over the tomatoes in his garden," said Ankia, "because Emmett loves tomatoes."

Now seeds planted in a garden have bloomed into an unlikely friendship between 3-year-old Emmett and 89-year-old Erling -- a World War II veteran who flew combat missions in Europe.

"Every time he saw me out there he would come running over," laughs Erling, remembering those early visits from the boy next door who would ask, 'Erling, got any 'matoes?'"

Emmet wasn't quite able to pronounce his R's yet, but his mother remembers hearing him in pursuit of his friend ."Eh-ling, want to wace?" he would ask.

The friendship deepened during daily visits over the months to come.

One day Erling set up a croquet set to surprise Emmett when he woke up from his nap.

On another, Erling pulled a dusty old bike with two flat tires from his garage. Emmett sat nearby on his trike as Erling attempted to pump air into the tires.

"And I thought there's no way he's gonna get on this bike," says Anika.

But after a couple of failed attempts, Erling was riding down the alley with Emmett beside him. "I thought, am I going to have to call 911, please don't fall over," laughs Anika.

"His patience is unbelievable," said Bryan Rychner, Emmett's dad, describing his neighbor."He sees Emmett outside playing, he'll find a reason to go outside."

Anika wondered last fall if the friendship would survive the winter. After all, there would be no tomato patch in which to meet. She need not have worried.

"I was in the kitchen and I heard the snow blower going, sounds like Erling is really close to the house," she recalls. "I opened the window and he was snow blowing a path from his back door to our back door."

Emmett's and Erling's visits continued right through the winter.

"He's just taught him so much," says Anika, wiping a tear from her check.

Tears have been coming more frequently, since the "for sale" sign went up on the Rychner's front lawn. A "sold" sign followed a few days later.

Anika and Bryan have been talking about finding a bigger house for a couple of years, where Emmett and his younger sister could both sleep on the main level. Now the timing was right. Their house sold in a few days.

Anika knew from the start, the hardest part would be leaving Erling.

"I told him ahead of time there was going to be a 'for sale' sign in our yard," she said. "Then I went in the house and I cried for about an hour."

Turns out Erling had news of his own.

With Erling's 90th birthday approaching and his wife ailing, his children finally convinced him the time has come to leave his home and yard behind and move with his wife to a senior apartment.

"It's tough," said Erling, his voice cracking, when asked about the moves he and Emmett will make.

But for now, goodbye will have to wait.

"Erling, come over here," Emmett calls from the yard next door.

His bike is upside down, sitting on its handle bars and Emmett is clenching a wrench.

He could use a hand from his best friend.

Other stories from Boyd Huppert you may find interesting:

Minnesotan cooks for hundreds of hummingbirds