Doug Kafka belts out tunes daily at the Hudson YMCA 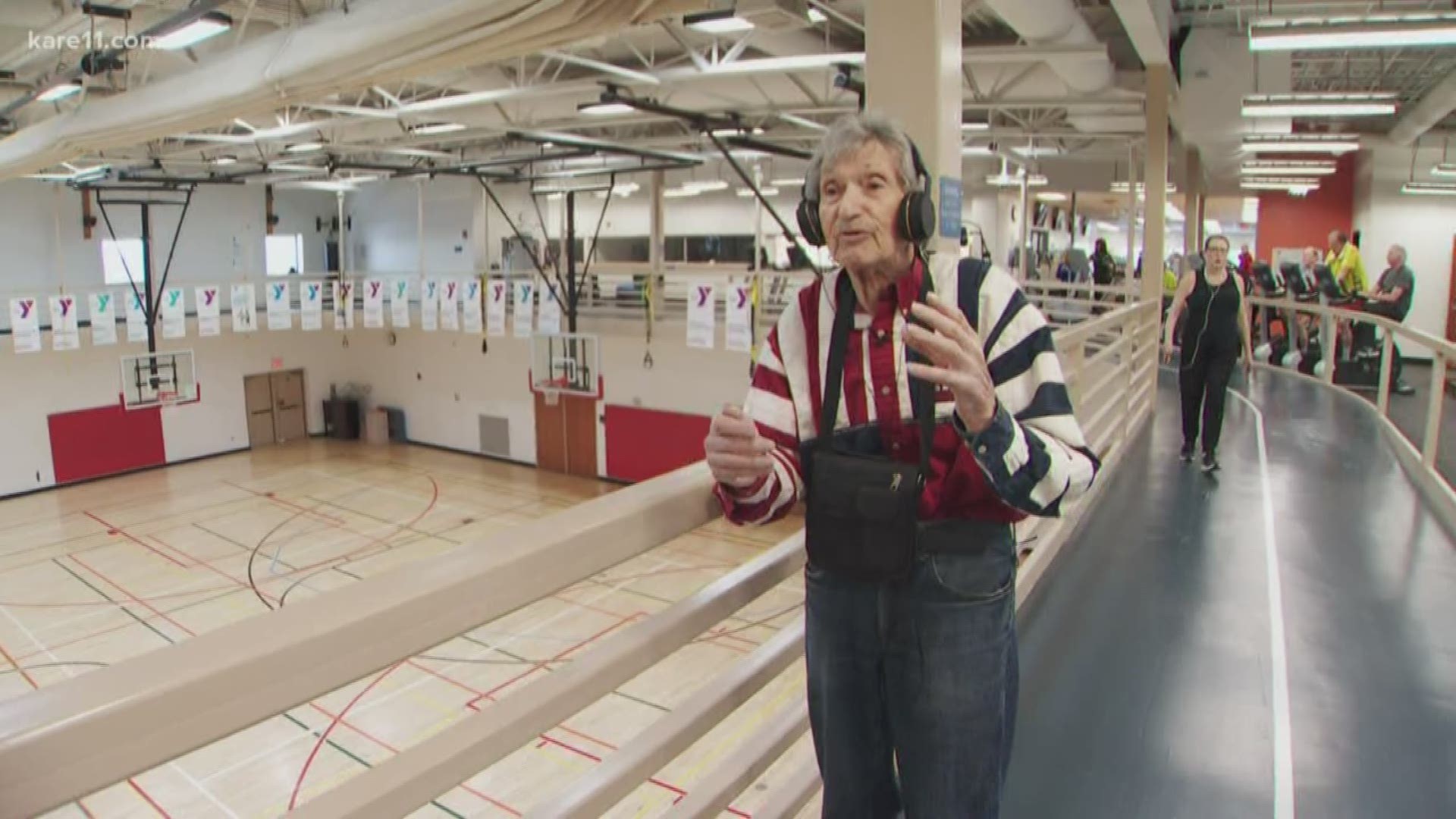 The Village People aren't the only ones who've noticed that YMCAs have a rhythm.

Doug Kafka has found the beat too, belting out Sinatra tunes to a drumbeat of racquetballs and feet on treadmills.

“I’ve always loved to sing from the time I was young,” 87-year-old Kafka says. “If I couldn’t have music, I’d go buggy.”

Kafka’s love of singing is no secret among the hundreds of people who visit the Hudson YMCA each day.

On a recent weekday, Kafka sang as he walked two miles on the indoor track – taking a break to sing to Shirley Mercado as she ran on a treadmill.

“I like being serenaded on the treadmill,” Mercado said after applauding Kafka’s performance.

The retired steelworker will sing Sinatra, Dean Martin or Paul Simon to anyone who will listen. But there’s no audience like the woman he loved serenading most.

“I lost Franny in 2013. Fifty-seven years we were together,” Kafka says, now alone at his kitchen table. “She was a sweetheart. Yep, she was my honey.”

Kafka starts each day by gazing at an urn and crucifix on his nightstand.

Then, he heads out his front door and sings.

“And then they called me up to the counter. A couple minutes later, I turned around and he was gone,” Rosenberger says. “I went up and down the aisles looking for him.”

Rosenberger sought the identity of the man she’d heard at Target by posting in a community Facebook page.

For Rosenberger, Kafka brought back memories of another crooner.

“He just reminds me of my dad,” she says, wiping away a tear.

Rosenberger’s dad would have appreciated the reunion that happened at the edge of YMCA track, as Kafka rounded the bend to see the woman who’d been searching for him.

Then, the crooner did what crooners do.  He grabbed Rosenberger by the hand and sang.

“You sigh, a song begins, you speak, and I hear violins. It's magic,” Kafke sang.

He hadn’t reached the second stanza, when tears welled in Rosenberger’s eyes.

The two new friends gave each other a hug, then walked the track as Kafka continued singing to Rosenberger.

Credit: Chad Nelson
Doug Kafka and Cheri Rosenberger walk the track together at the YMCA in Hudson

“I may have to join the Y,” Rosenberger gushed.

Why people are granted unexpected connections is something one can only surmise.  Perhaps better, to just appreciate the syncopated rhythm of life.