Witnesses tell KARE 11 that a man fired at deputies before one of the officers used their vehicle to ram the suspect into a fence. 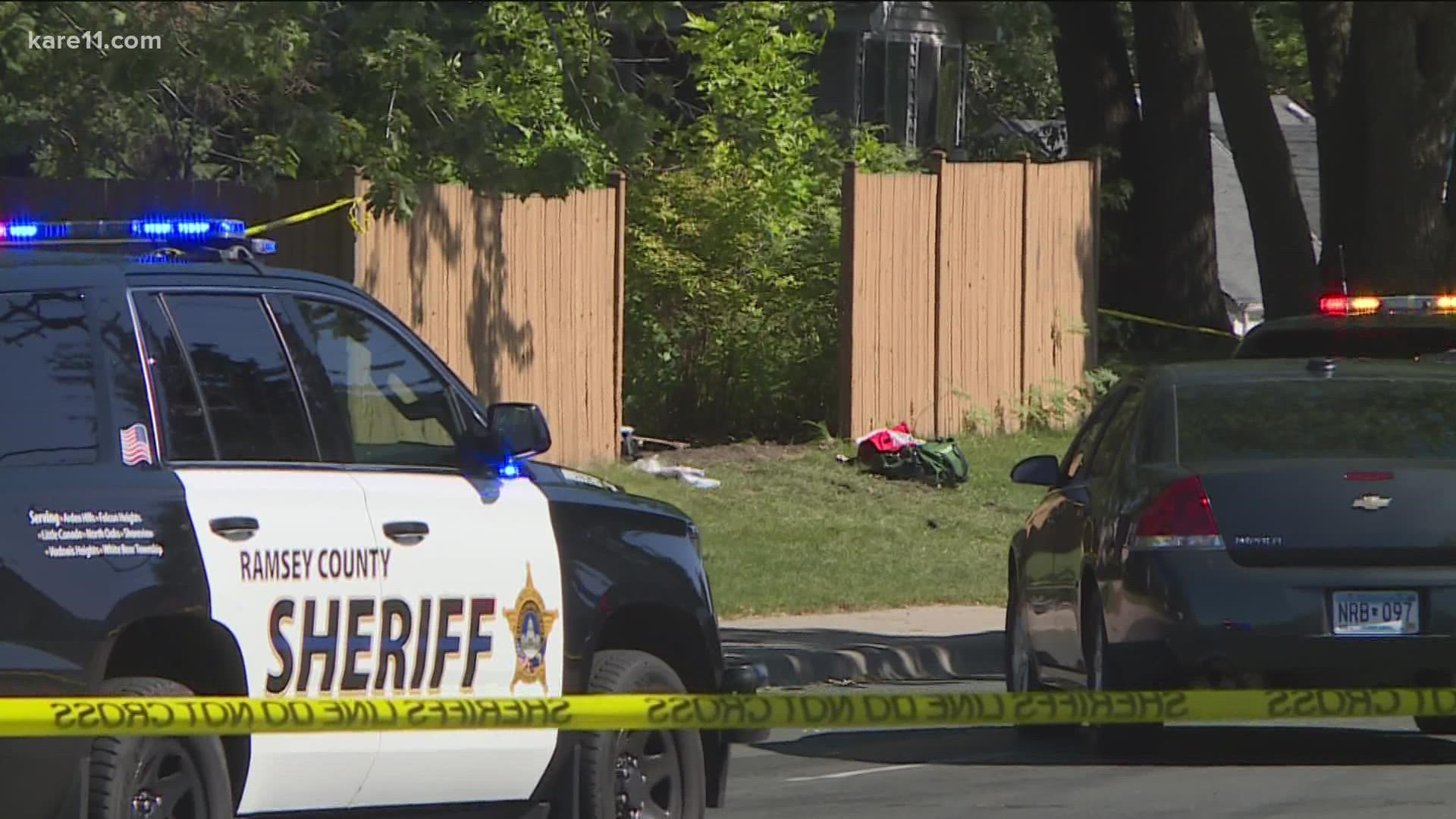 MOUNDS VIEW, Minn. — Authorities say a man who fired a gun at Ramsey County deputies Wednesday in Mounds View has died from his injuries after an officer struck him with a squad car.

Breaking: Mounds View Police say the suspect who fired at officers, one of which in turn used his squad car to strike the suspect, has died from injuries. https://t.co/zlVM4wAS68

I now have eyewitness account from a nearby business manager:

A man walking down the street began shooting at this dark Sheriff’s vehicle. The deputy accelerated and hit the man with the SUV, ending up pushing into fence. pic.twitter.com/TDsJjwGTca

Mylan Masson, a law enforcement training expert who once ran the state's Law Enforcement Program, said hitting a suspect with a squad car may not be specifically trained as a technique — but she said cars are considered potential use of force tools in life-or-death situations.

"It's very rare, and used only in desperation to stop the threat," Masson said. "It was the quickest and fastest way probably to do this. If they had to stop their car, get out of it, seek cover... by then, they could have been shot and killed, or someone else could have also."

According to a press release from the Ramsey County Sheriff's Office, at around 10:40 a.m., deputies assisted the Mounds View Police Department on a report of a felony domestic assault involving a gun at the AmericInn by Wyndham on the 2200 block of Mounds View Boulevard.

The male suspect fled the area before officials arrived at the scene, but officials say witnesses and the victim of the domestic assault were able provide information to deputies and police to help them locate the man.

According to the release, authorities spotted the man walking in the area of the 5200 block of Pinewood Court in Mounds View when the suspect raised his gun and fired at approaching squads. It's unclear how many shots were fired, but officials say the Mounds View officer's squad was hit just above the driver's side windshield and just below the windshield of a Ramsey County Deputy's vehicle.

Police say they recovered a gun and the suspect was then transported to HCMC, where he later died.

MORE NEWS: After a week of gun violence, Minneapolis hits 65th homicide of the year