She is trying to stop the delinquency of teens doing drugs and causing other trouble at the Midway BP, including her own son. 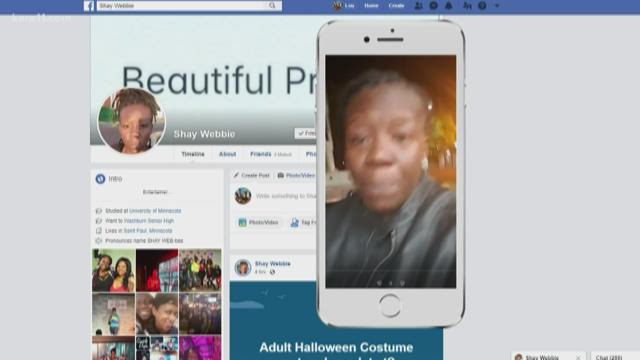 And she calls them out for buying drugs.

"Why are you buying weed from here?" she asks a girl.

"I can buy weed…" the girl responds.

"With your little sister?" Webbie interrupts. "Please have your mom come up here so i can tell her. Go get your mom."

"These little (expletive) rob, steal. And the reason I know, is my son hangs out with them," Webbie said.

Webbie, a stand-up comic who lives in the neighborhood, first came to the gas station Saturday night looking for her son, who ran away. She says that is where he meets up with friends and ends up causing trouble.

She says she live-streamed on Facebook to show other parents where their kids are, and encourage more parents to be actively involved in monitoring their teens' behavior.

"You should go home. This isn't a place for a kid to be hanging out at 10 O'Clock at night," Webbie tells a boy exiting the gas station.

This is the gas station city inspectors are trying to shut down for numerous violations. The site of a murder this summer.

And a place Webbie wants to keep her son away from, before his trouble gets worse.

As Webbie gets into a car during her Saturday night live stream, tears run down her face as she says, "I'm trying to save my son, y'all. And I don't know how."

After that first video, a group of local leaders including Ramsey County Sheriff Bob Fletcher met her there Sunday in a show of support.

Webbie is hoping her widely-shared videos become more than a viral moment.

"I am glad it started with that, but now let's make it a movement. Let's continue to put in the effort," Webbie said.

The BP owner will fight to stay open at a hearing in front of an administrative judge on November 13.