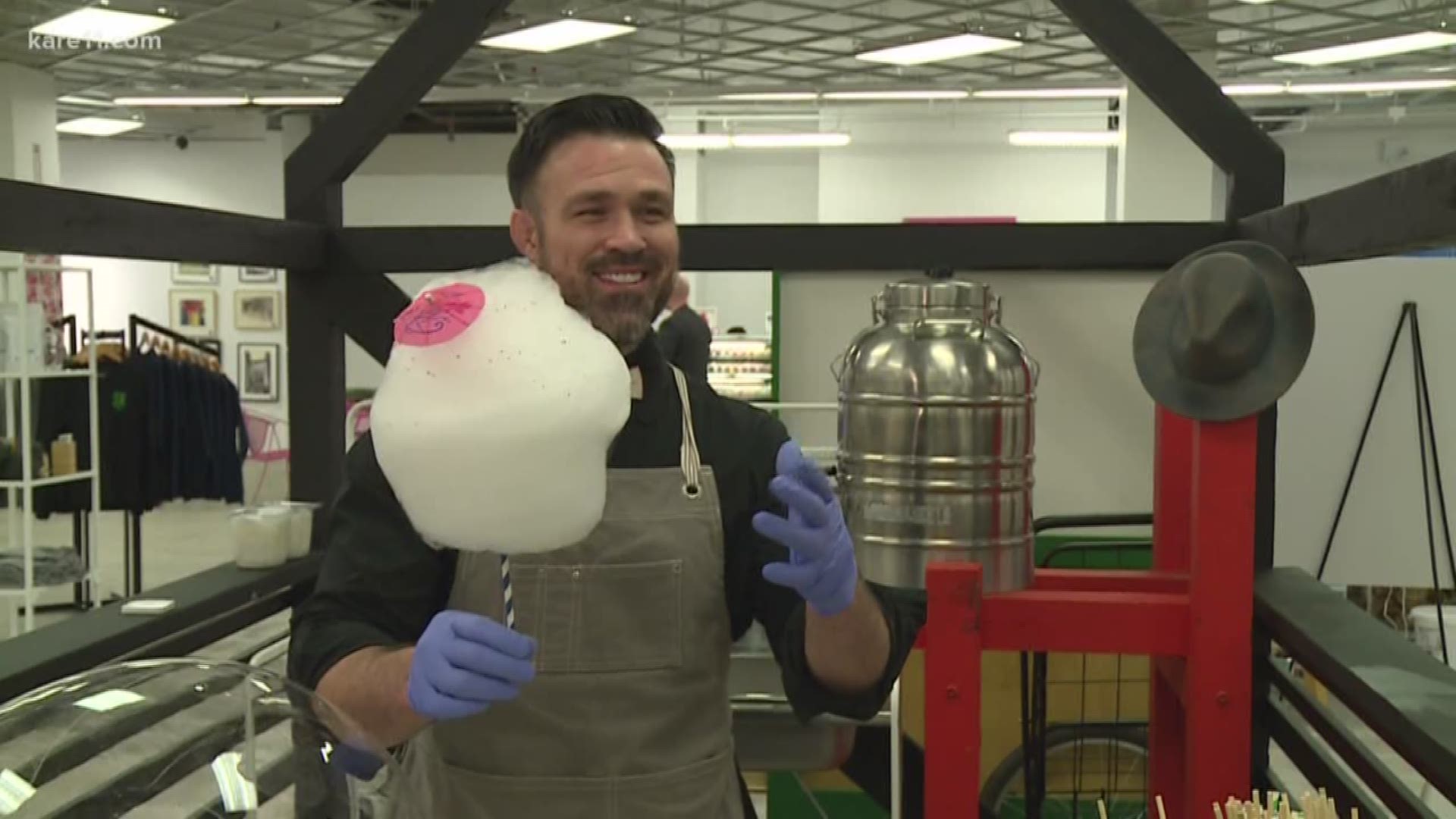 When Ryan Companies, who now operates City Center, realized the inaugural North Local Market drew dollars from mostly local shoppers, they decided to bring the market back into a new and bigger space, in the empty Sports Authority storefront.

“There are two purposes, to have something that is unique and fun for downtown, to energize, to help local businesses. With 175,000 workers coming downtown plus another 40,000 people who live downtown, it’s a great chance to touch that world,” said Jim Durda, City Center General Manager.

Cynthia Lee and her husband Fue Yang operate Dearest Baker Macarons in St. Paul. The couple, formerly in the mental health therapy field, began an accidental business after tasting a less than impressive macaron. They began experimenting with macaron recipes in their kitchen and gained a following with family and friends, which has now turned into a full-time venture for both Lee and Yang.

“So, we will see, we will see if people in Minneapolis, have a sweet tooth, specifically for us,” said Lee.

The pop-up is also a first for Johnathan Johnson, owner of The Homegrown Company, a spirit wear line of apparel custom made for universities, cities and states.

“I wanted to be part of the North Local Market because it’s great to be around other entrepreneurs all day network and build your customer base,” said Johnson.

Karen Morris, of Karen Morris Millinery, specializes in couture hats and headpieces, and said she was drawn to the North Local Market so she could reach younger customers.

Spinning Wylde, a gourmet cotton candy maker using organic cane sugar and no artificial dyes, is back at the North Local Market for the second year, inherently understanding the nostalgia already brimming as local holiday shopping moves into a new downtown space.

“It’s really a reinvention of a time-honored treat, what’s not magical about that?” said Benjamin Smith, whose wife owns Spinning Wylde, handing over a strawberry-pineapple cloud of cotton candy.

Check out KARE 11’s slideshow of more local makers featured at the North Local Market as well as the pop-up market’s Facebook page.