Family, friends to celebrate the life of Mack Motzko

The 20-year-old was killed while riding with a suspected drunk driver on Saturday, July 24 near Orono. 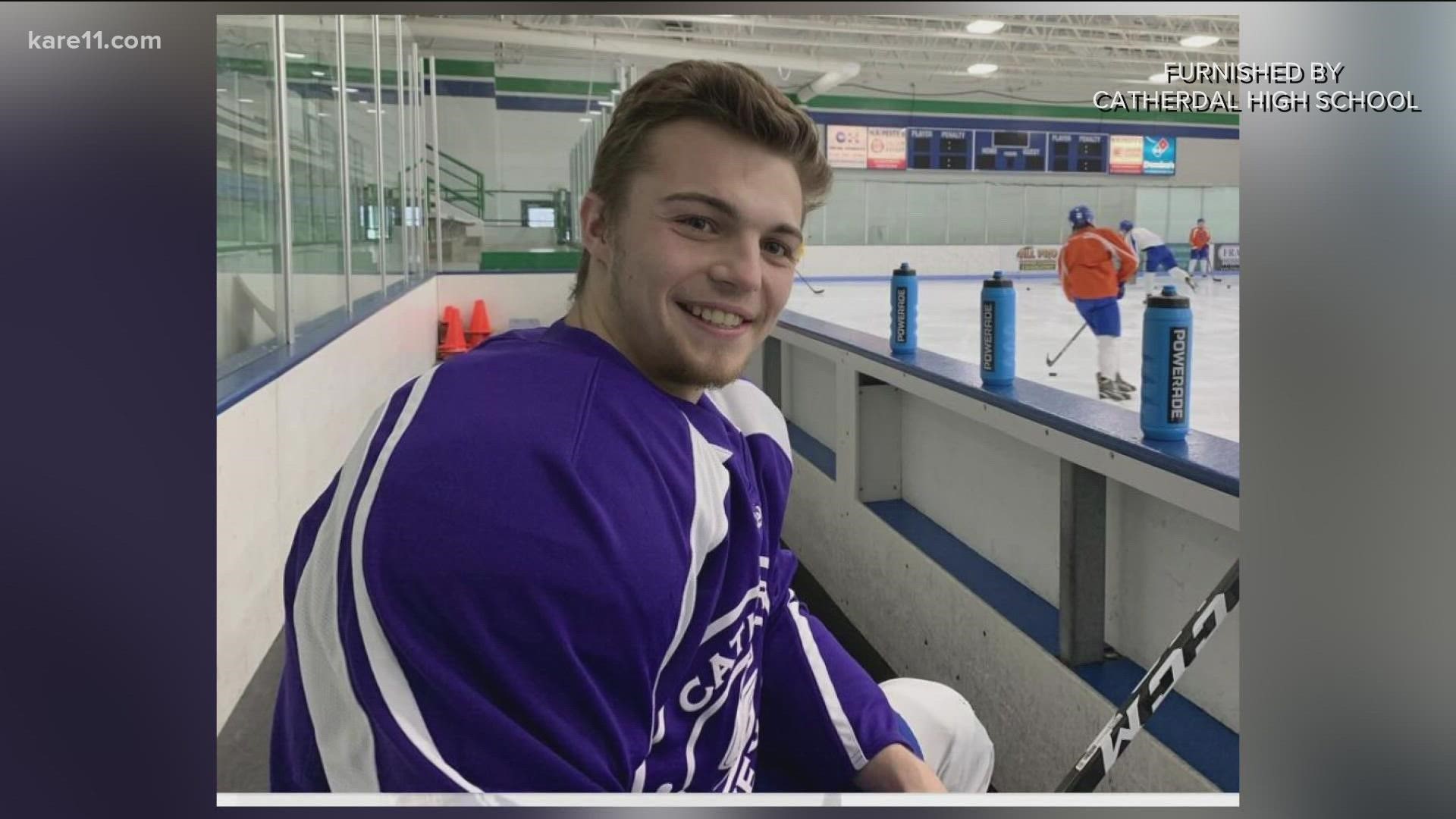 MINNEAPOLIS — Monday, the Minnesota hockey community will gather to mourn the passing of one of their own, Mack Motzko. The 20-year-old died following a car crash near Orono on July 24.

A celebration of life will be held at the Cathedral High School North Gymnasium at 1 p.m. after a private funeral service for the family.

Guests are asked to wear "Tiger red" or a golf polo to honor Mack's memory.

Motzko was the son of University of Minnesota men's hockey coach Bob Motkzo. Samuel Schuneman, 24, was also killed in the single-vehicle crash.

Tomorrow we celebrate the life of an amazing young man. His love for family, friends, hockey & golf was his life. Wear Tiger Red or any golf to celebrate this amazing son of mine. pic.twitter.com/ik57hhIVJu

"We are devastated for Bob, Shelley, their family and all involved," said University of Minnesota Director of Athletics Mark Coyle in a release last week. "This is an unimaginable tragedy, and we will do everything we can to support those affected. We ask for privacy for the families, as they mourn the loss of loved ones."

According to Orono police, Motzko and Schuneman were passengers in the car that crashed. The 51-year-old man who was driving the car is being held on suspicion of two counts of criminal vehicular homicide following the crash, police say. His attorney has identified him as James Blue.

“Mr. Blue voluntarily surrendered and we are cooperating fully with the Orono Police," attorney Fred Bruno wrote in a press statement.

Chief Correy Farniok said it appears that both alcohol and speed are factors in the crash. Investigators report that Blue was not wearing a seat belt and was thrown from the vehicle, while both Motzko and Schuneman were belted in.

The investigation into the crash continues, with Orono police being assisted by the State Patrol and Hennepin County Sheriff's Office.

RELATED: Driver in Orono crash that killed 2 turns self in