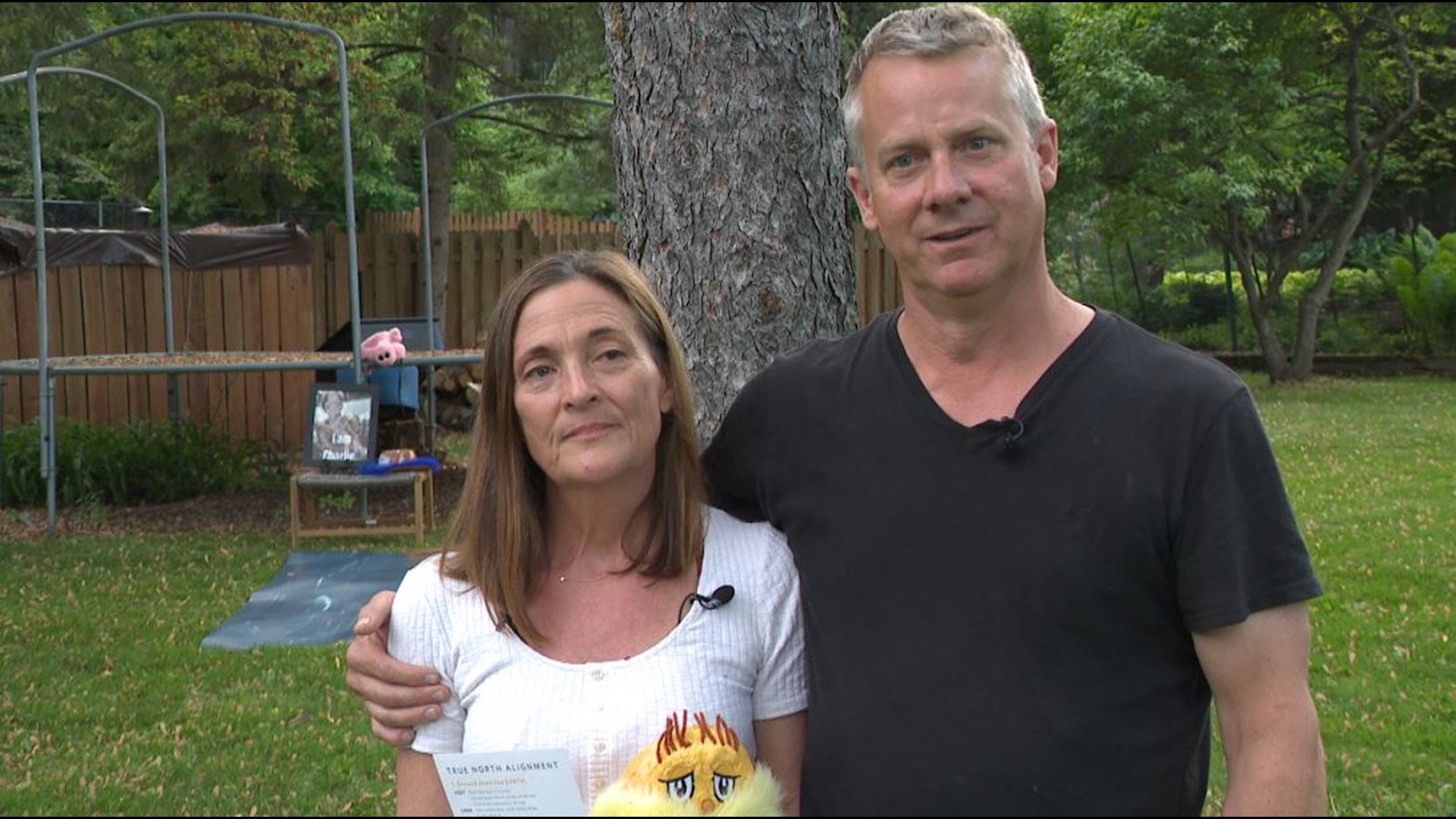 MINNEAPOLIS — Editor's note: The video above is from earlier this week.

A man prosecutors call a known gang member has been charged in a weekend shootout that left eight injured and two dead, including a new St. Thomas graduate.

Witnesses told investigators that Carroll and another man fired repeatedly at each other early Saturday morning in downtown Minneapolis, catching others in the crossfire. Police say the man exchanging fire with Carroll was killed, as was a young man celebrating his graduation from the University of St. Thomas.

In a criminal complaint prosecutors say video evidence revealed how the shooting unfolded. They say Carroll and two associates were standing on the sidewalk outside the Monarch nightclub just before 2 a.m. when another man, identified by investigators only as C.R.J., walked up with his companions. Security camera footage shows that after a verbal exchange, one of Carroll's associates punched C.R.J., who reeled back.

The complaint says security footage shows Carroll pull a gun from his waistband and begin firing, despite the fact that the men were surrounded by a crowd of uninvolved people. C.R.J. attempted to run away, but his path was blocked by a crowd of bystanders, with several people ducking or falling from the gunshots.

Prosecutors say at that point C.R.J. drew a handgun and began firing back at Carroll. The two continued to fire at each other from a distance of about 20 feet. C.R.J. fell down onto the sidewalk and later died. At this point, police said Carroll and his associates ran away.

Investigators who watched the security footage immediately recognized Carroll from prior encounters as someone who "is associated with the 'Tre Tres,' a violent North Minneapolis street gang."

According to the complaint, Carroll's attempted second-degree murder charges involve serious gunshot wounds suffered by seven people, some who were shot multiple times. Officials are still waiting on information about the severity of their wounds. Another woman who talked to officers on the scene suffered what was described as a "small" gunshot wound to her back.

The complaint says that officers found out Carroll and an associate were living at a Comfort Inn in Bloomington. After speaking to a manager and conducting surveillance, officers searched the units. They said they found purple shoes in the associate's unit, which matched the ones Carroll was seen wearing at the time of the shooting.

Officers said Carroll's associate later called and asked why his unit was searched. He told them that he was downtown with Carroll, but that he ran away when the shooting happened. He did not deny that the purple shoes were Carroll's.

Detectives put the hotel under surveillance, and eventually followed and pulled over a vehicle with the defendant Carroll and two others inside. The defendant was taken into custody. Court records show Carroll had several pending charges against him at the time of the shootout, including second-degree assault and attempting to flee police.

Less than 24 hours after the shootout, Johnson would have attended his graduation ceremony for the school of engineering at the University of St. Thomas. His sister accepted his diploma on his behalf, and a cap and gown were placed upon an empty seat among his graduating class.

Johnson's father, Greg, said his son was just trying to celebrate his graduation with his friends.

"The pain is too raw to deal with, but I want the world to know what it lost yesterday. He was the best of all of us and left a beautiful impact on every single life he touched. He is my hero," Greg Johnson wrote on Facebook after the shooting. "Please, say his name with me and let’s work together with peace and love to end this culture of gun violence and crime."

The shootout led to conversations about stopping violence in the heart of Minneapolis.

"It was catalytic. It just brought people together to say 'enough is enough,'" Steve Cramer, who heads the Downtown Minneapolis Council, told KARE.

"We must figure out a way to send a different message, that if you behave in this way, if you jeopardize other people, if you put them in danger, if you commit crimes that are that serious, you will be held accountable."