Man charged with manslaughter in assault which killed Medtronic scientist

The complaint says the video shows the defendant "suddenly and violently" headbutt Sambelashvili, who "appears to be immediately knocked unconscious." 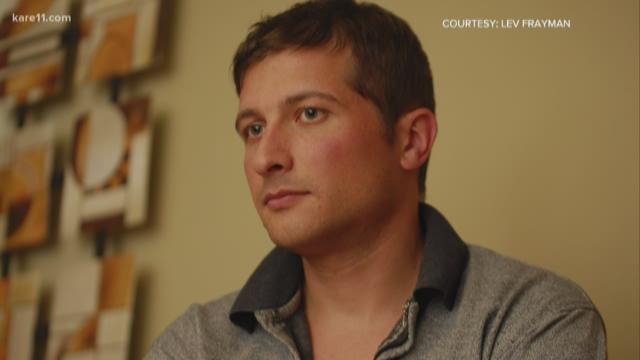 Sambelashvili's wife says her husband, a 42-year-old scientist for Medtronic, was in a coma for a month after sustaining head trauma in an attack July 28 at a downtown Minneapolis bar.

Court records say he was admitted to HCMC with a brain injury, where he remained until he died from those injuries on August 23.

The complaint says officers learned the gathering at the bar was an "organized ethnic event" with a roster of participants, which officers obtained.

"He was the least confrontational person I know," said Lev Frayman, Sambelashvili's friend of 15 years, "The nature of what happened and how he passed is just so opposite of the person that he was and what he represented. That just makes it even more tragic."

The couple has two children together, a seven-year-old daughter and a son who will soon turn five.

"He was just so humble. He couldn't even see his greatness," Jana said during a phone call with KARE 11 Friday.

Sambelashvili's family and friends say he was an accomplished scientist at Medtronic. The company confirmed Friday he had worked there for 15 years, calling him in a statement an "extraordinarily talented scientist ... Because of Alex’s work, many patients with cardiac problems have been restored to better health and lived longer lives."

"His impact on humanity all over the world, people are just finding out about," Frayman said. "And how much more he could have accomplished in his professional role, we'll never know."

Frayman was in a band with Sambelashvili, who he says was a talented accordion player.

"When you want to describe someone as a good human being, [he is] who I think about," Frayman said, "We lost ... a true human being."

There have been a number of reported assaults in downtown Minneapolis this summer, including several cases captured on surveillance video showing multiple people beating a victim. Minneapolis police say this case isn't related.

At his court appearance Friday, a judge set Kravchuk’s bail at $50,000 with conditions. Sambelashvili’s family and friends released the following statement in response:

“Today we - Alex’s family and friends - have seen for the first time the specific allegations that the State has brought against Erik Kravchuk. We are dismayed and disappointed that the State has allowed bail to be reduced and for Kravchuk to be given an opportunity to be released before trial, given the extraordinarily violent nature of attack that resulted in Alex’s death.

We expect the State to put all available resources into pursuing just and timely conclusion to this case.”