Man injured in fall off cliff at Interstate Park

The responding crews were able to navigate "extreme terrain" and find Zajac at the bottom of a 30-foot cliff. 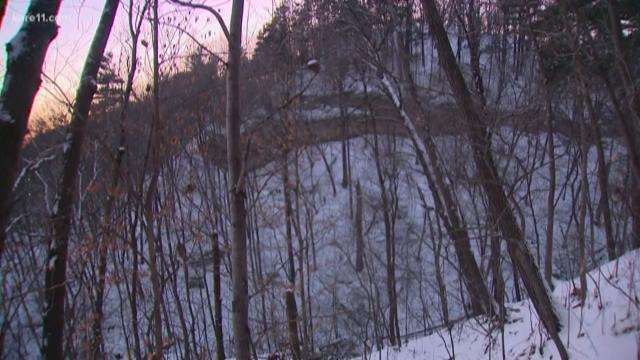 TAYLORS FALLS, Minn. — A young man was rescued after suffering significant injuries in a fall off a cliff at Interstate Park in Taylors Falls.

The Chisago County Sheriff's Office responded to a 911 call about the incident at about 5:30 p.m. on Sunday. The caller said that 19-year-old Luke Lawrence Zajac had fallen off a cliff at the park and was unresponsive. The caller did not know his exact location.

Deputy Kyle Jones from the Chisago County Sheriff's Office said he was one of the first law enforcement officers to make it to the scene of the rescue mission.

"Basically a male on the phone telling our 911 operator that his brother had fallen," Jones said. "We did learn that it was allegedly a snowboarding incident. It wasn't known in the beginning, but that did come out later."

Deputies responded to an area based on the 911 call's general coordinates. They stayed on the phone with the caller and used squad sirens to communicate and narrow down their specific location based off the sound, according to the sheriff's office.

"One of my partners was using his squad PA system to yell in addition to sirens and stuff," Jones said. "We were able to narrow down the area based off of noise and light."

First responders were able to navigate "extreme terrain" and find Zajac at the bottom of a 30-foot cliff. Jones explained that it took a little over 20 minutes to do so.

"It felt like an hour, especially because during the time we're searching, the conditions sounded quite grave of the victim," Jones explained.

Those deputies directed other responders to the location, which was only reachable by foot. They gave Zajac emergency aid on the scene, then lowered him to safety and brought him to the emergency room. The victim was then flown to a level 1 trauma center.

Regions Hospital reports that Zajac is in good condition.

"It was much higher," Jones said, referring to the cliff from which Zajac fell from. "Like I said, it was approximately 30 feet and that picture just doesn't do it justice. I'll say that."