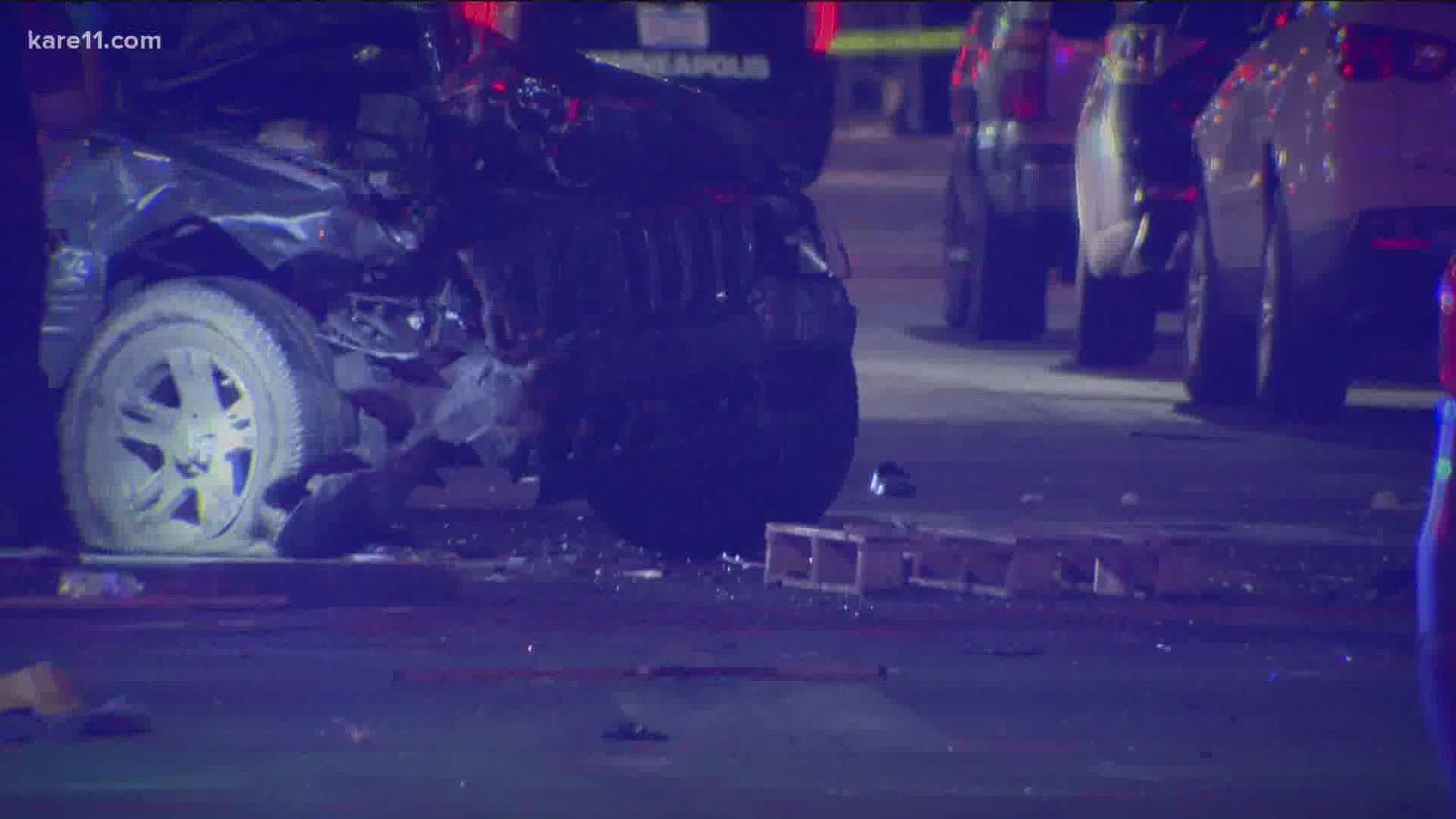 MINNEAPOLIS — Charges could be filed Wednesday in the crash that killed one of the Uptown protesters.

Minneapolis police spokesman John Elder released a statement Tuesday naming 35-year-old Nicholas D. Kraus as the suspect. Kraus was arrested on suspicion of criminal vehicular homicide in connection with the incident but has not been charged at this time.

Court records show Kraus has a long history of driving intoxicated in Minnesota that dates back 14 years. Despite that, records also show the courts sometimes didn't hand down a full sentence.

Minneapolis Police say Kraus allegedly drove into protesters Sunday night in Uptown, striking a parked car that hit and killed Deona Marie. Police noted the driver may have been under the influence at the time of the crash.

Those protests are continuing and are blocking the intersection at Lake Street and Girard Avenue in response to the law enforcement shooting and killing of Winston Smith more than a week ago. The Mayor says the protests are now a public safety issue.

"We can't have a major commercial corridor like this shut down; we can't have unauthorized closures of our streets, period," said Minneapolis Mayor Jacob Frey.

"We've been prioritizing de-escalation all along, yet the atmosphere of the area has substantially shifted," said Mayor Frey.

As for the man police say is the suspect in Deona Marie's death, those same court records show he was also convicted of driving without a license five times.

The documents show in 2016 a judge gave Kraus probation and credit for time served in county jail instead of four years in prison. And two years later - unsupervised probation for driving without his license.

A search warrant also reports that a city camera captured the incident and it states, "the driver does not appear to hit the brakes" before hitting another vehicle, which struck several protesters.