Man pinned under tree for 4 days in Redwood County rescued

Deputies found that Jonathan Ceplecha had been cutting down trees when one fell on him and pinned both of his legs. 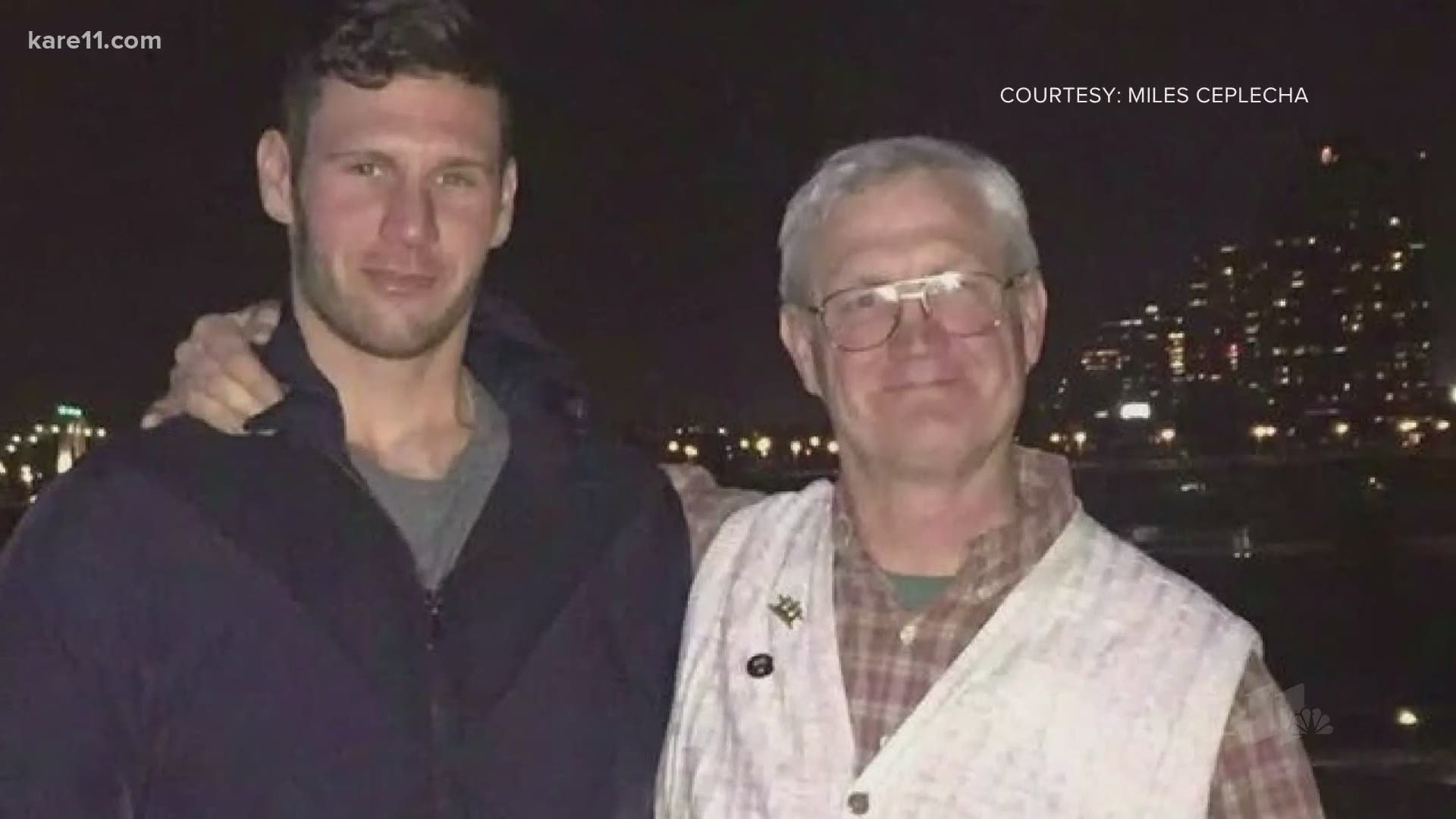 REDWOOD COUNTY, Minn. — A 59-year-old man is recovering after being pinned under a large tree for four days in Redwood County.

Redwood County Sheriff’s Chief Deputy Mark Farasyn says the department received a call Monday afternoon asking for a welfare check on a man who hadn't shown up for work in two days.

Deputies responded to Jonathan Ceplecha's home outside Redwood Falls but found no sign of him. They began searching the rugged property with help from his ex-wife and daughter, who told deputies he had been cutting trees.

"I was with him Monday in the hospital and he was kind of getting how he was able to keep from panicking, which was by breaking up the days into hours and then breaking up the hours into five-minute segments so that he could have little victories throughout the day that would give him little pieces of hope," said Ceplecha's son, Miles. "He just tried to keep his mind distracted, and he did this hour after hour for 100 hours."

Jonathan was eventually located down a steep grade, in a ravine approximately 100 yards from his home. Both of the 59-year-old's legs were pinned by a large tree, and he was pushed up against the trunk of another tree.

"I'm still in shock," said Miles. "We're all still in shock that he's alive and that he was out there by himself, but we're better today than we were on Monday and Tuesday."

Farasyn said he began talking to Jonathan, who was conscious and surprisingly alert considering the situation he was in and the extent of his injuries. Farasyn asked him how long he'd been there, and Jonathan responded "100 hours," without hesitation.

"He had the will to live, and he wasn't ready to go," the chief deputy said, clearly amazed. Farasyn says Jonathan is a Iraq war veteran, and figures his training helped him hang in until help arrived. "I don't know many people who could survive an ordeal like that."

Finding the missing man was one thing, freeing him from under the large tree was another. It took around two hours for the Redwood Falls Fire Department to carefully extricate Jonathan, as Farasyn says one wrong move could have ended with him being crushed. The technical rescue crew moved with deliberation and care, leaving the 30-year law enforcement veteran impressed.

"About the smoothest-caliber rescue I've ever been around," Farasyn shared.

Jonathan was airlifted from the scene to a hospital. He is currently at Hennepin County Medical Center where he is listed as in "stable condition," according to hospital officials.

A GoFundMe page has been set up to help with medical expenses. 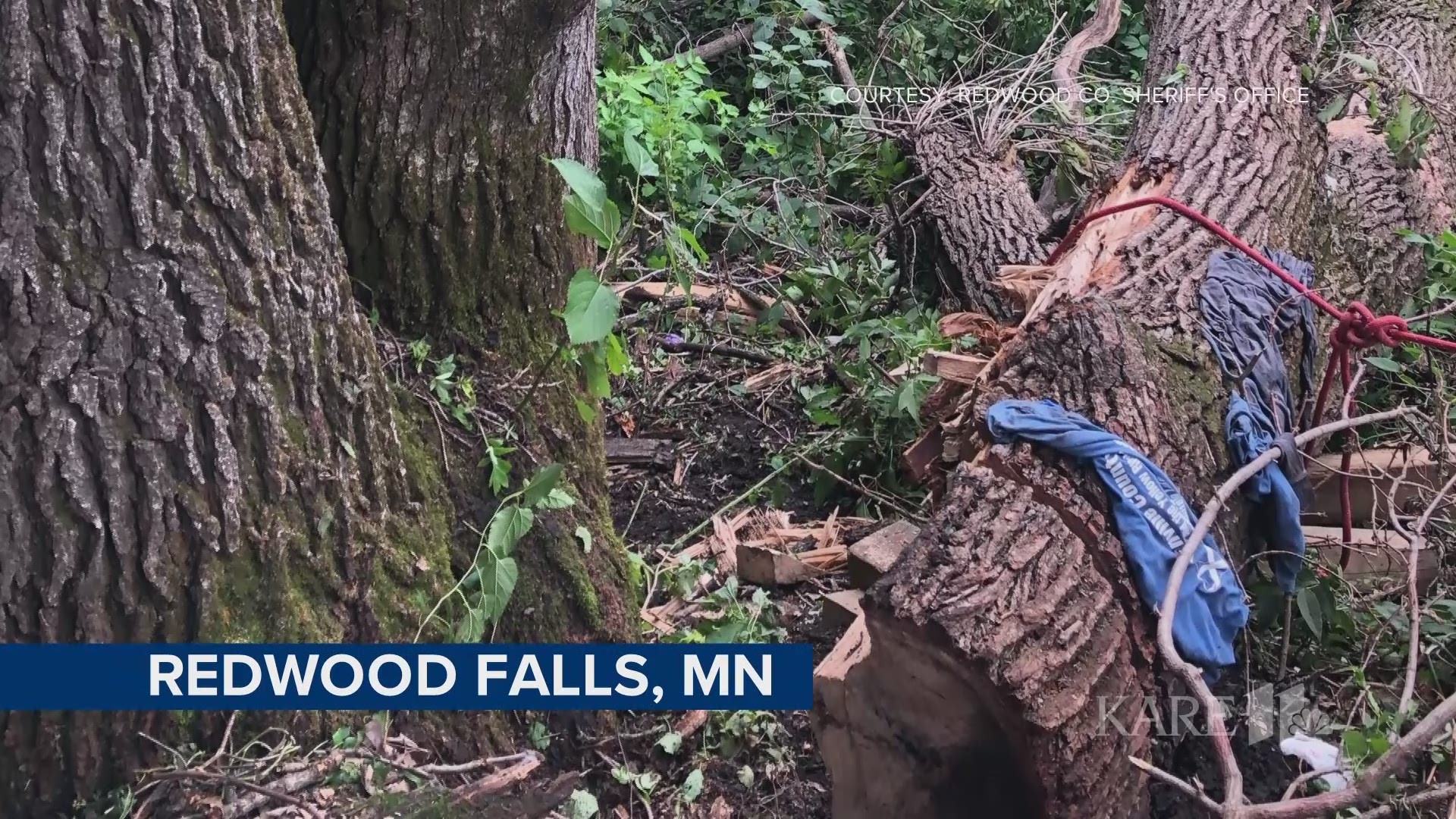