The march, organized by a group called CTUL, demands action to end labor trafficking in the construction industry. 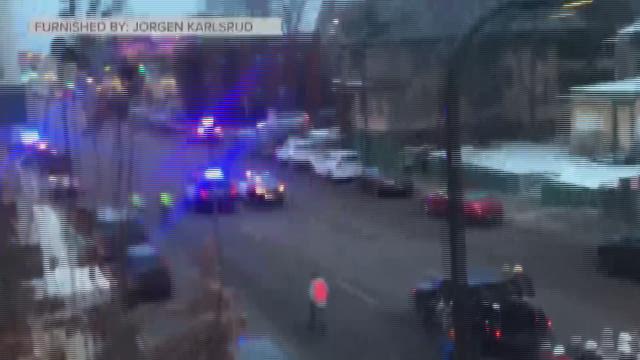 Protesters marched from Bde Maka Ska, along Lake Street on Tuesday at rush hour, voicing their demands to put an end to labor trafficking in the construction industry.

The march was organized by El Centro de Trabajadores Unidos en Lucha (CTUL, or Center of Workers United in Struggle). The group wants to draw attention to labor trafficking, wage theft and other abuses in the construction industry.

They are calling on large developers in the metro area to work to address those issues.

The march started at Lake Bde Maka Ska, made its way up Lake Street, and was set to end at the CTUL headquarters on E 37th Street and Chicago Avenue.

The marchers, escorted by police, shut down traffic during rush hour on Tuesday in the Uptown neighborhood.

They called their demonstration "Las Posadas: March for Dignity and Respect." According to the Facebook event CTUL created for the march, Las Posadas is Spanish for lodging and "is a centuries-old tradition held throughout Mexico and Central America commemorating Mary and Joseph’s difficult journey from Nazareth to Bethlehem in search of a warm place to stay the night. The story carries a powerful moral and political message, in which a people who are subjected to the brutalities of the Roman Empire stand up to have a voice in ensuring basic dignity and respect."