MINNEAPOLIS — Thousands marched Friday for a group of crime victims that are often invisible to the media and law enforcement. Those are the Native American women who have disappeared or been killed, leaving families in limbo.

The annual rally for Missing and Murdered Indigenous Women drew an impassioned crowd to the American Indian Center on Franklin Avenue.

"We are going to move heaven and earth to make sure we bring our children home!" Minnesota Public Safety Commissioner John Harrington declared.

"I ask the question as a cop, 'Tell me why we cannot tell you accurately how many native women have disappeared'?"

Just how many Native American women have been kidnapped or killed hasn't been easy to know because of the way crimes are reported and tracked. Getting a handle on that number is one of the missions of the Minnesota Task Force on Missing and Murdered Indigenous Women.

Lt. Gov. Peggy Flanagan said there will be resistance to expanding the role of the task force, and urged the crowd to get behind that effort.

"Yes, our people are worth investing in. Yes, our native women are worth protecting," Flanagan remarked. "So, are you all going to show up for that fight too?"

Flanagan, a member of White Earth Nation and the highest-ranking elected Indigenous woman in the nation, said she has mixed emotions as she reports to work every day in the State Capitol.  One one hand she is proud, but she's also aware many of those who established state government wanted to eradicate Native people.

"I take two breaths, because as an indigenous woman moving through this world, we deserve and we need protection."

Rep. Ruth Anna Buffalo of North Dakota, who made history in her own right when she was elected to the legislature, thanked the families of victims for their advocacy.

"I just want to say thank you so much for showing up today, for being a good relative to each other, because we know there’s so much work that needs to be done to have a stronger, safer community for all of us," Rep. Buffalo said.

Buffalo and many other women in attendance had red handprints across their mouths to symbolize silenced Indigenous women. Others were tee-shirts or carried signs bearing the images of missing loved ones. 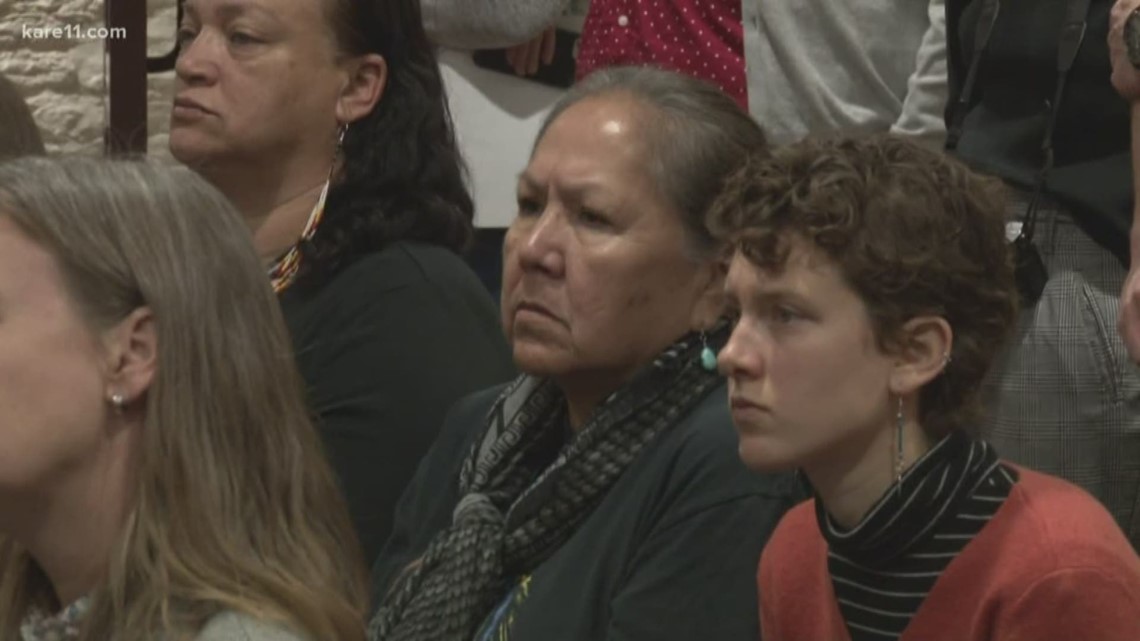 Indigenous Peoples March to shine light on alarming statistics
A large crowd plans to wear red not for Valentine's Day but for missing and murdered indigenous people. MINNEAPOLIS - Around 500 Anishinabe Academy students plan to lead a march along south Minneapolis streets for a problem they say lacks attention.

Among those who marched was Dr. Jane Sanders, the wife of presidential candidate Sanders.  She said it's an important cause, and urged Congress to reauthorized the Violence Against Women Act.

"Until every single one of our mothers, our daughters, our sisters are brought home we are failing everybody n Minnesota!" Walz asserted. 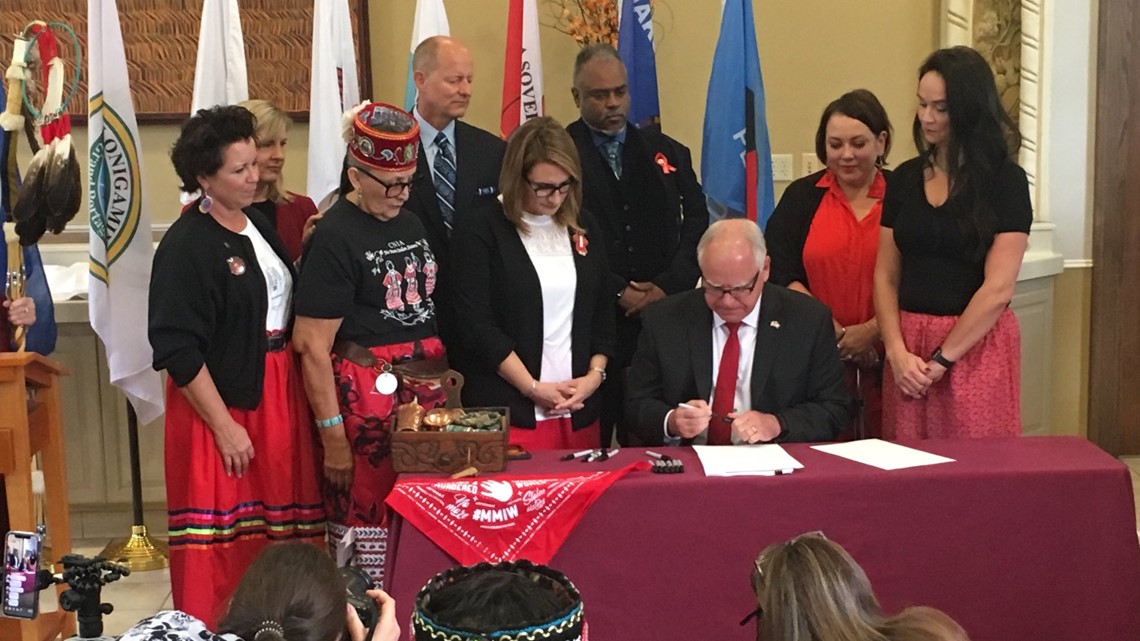