According to MIRAC, ICE officers broke the back window of the car to reach in and unlock the doors, pulling the man out of the car and detaining him. 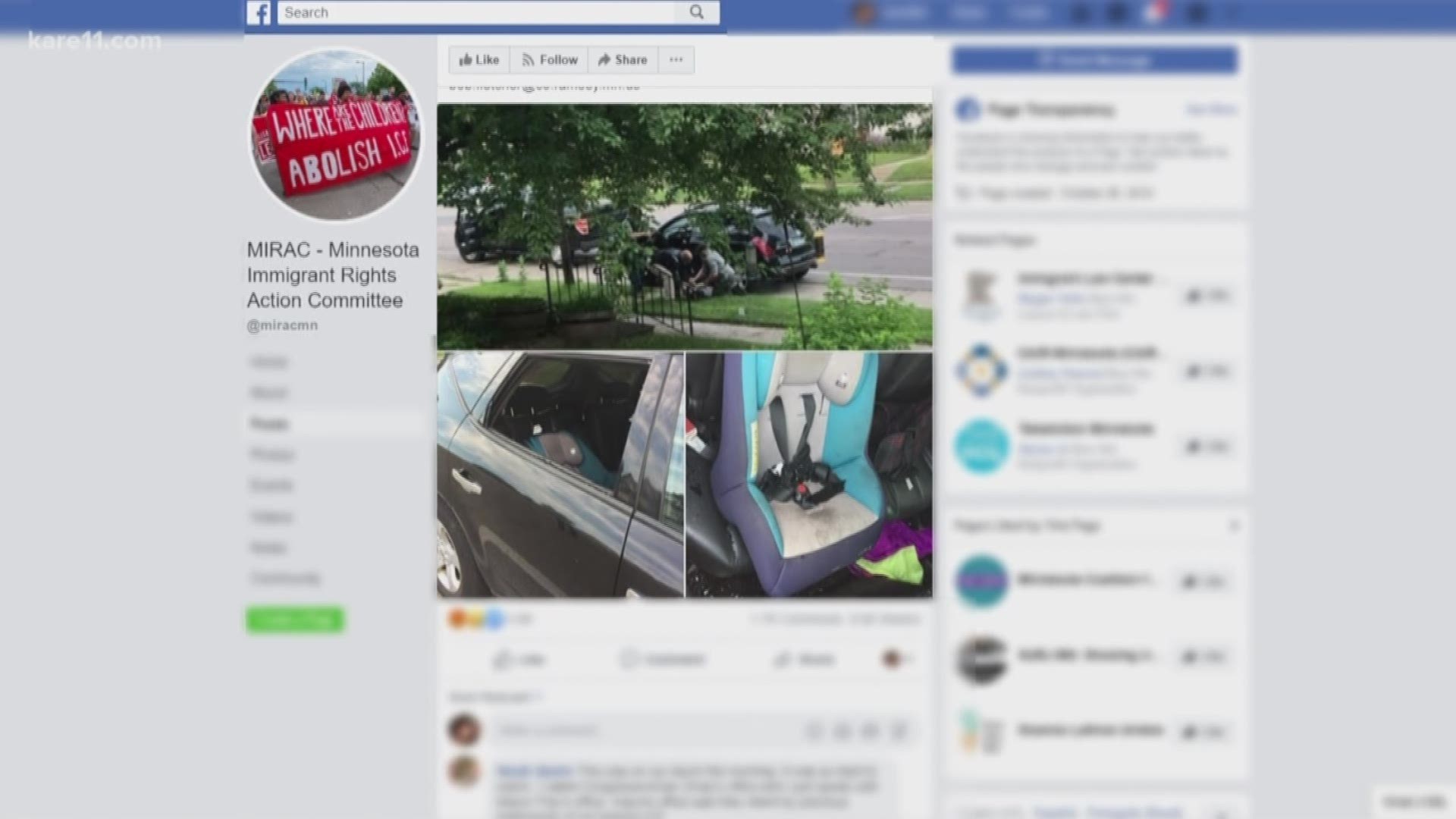 MINNEAPOLIS — After a public response from the Minneapolis mayor and from community members, ICE confirmed that it arrested a man in Minneapolis Monday morning.

The incident was described in a Facebook post Monday morning from the Minnesota Immigrant Rights Action Committee, or MIRAC. They said that at about 7:20 a.m., they received notice that ICE was outside a home in the area of 42nd Avenue and Portland Avenue South. When they arrived, they wrote that they witnessed two black SUVs and a pickup surrounding a car.

According to MIRAC, ICE officers broke the back window of the car to reach in and unlock the doors, pulling the man out of the car and detaining him.

Shawn Neudauer, public affairs officer with ICE, confirmed that officers arrested a 38-year-old man from El Salvador after a "lawful vehicle stop." ICE said the man was an "immigration fugitive" and had a previous misdemeanor conviction in Hennepin County in 2007. They said he was previously deported from the U.S. in 2009.

According to Neudauer, the man was "uncooperative, refusing to exit his vehicle or follow lawfully issued police commands." After 15 minutes of negotiation, Neudauer said they were left with "no choice than to remove him from the vehicle."

The ACLU says that ICE can indeed pull over a car if agents have reasonable suspicion that someone inside the car is violating immigration laws. KARE 11 can verify that ICE had a warrant for the man.

Minneapolis Mayor Jacob Frey said on his official Twitter account that he heard about the incident on social media. He said Minneapolis police were not present, and they were not contacted.

"Chief Arradondo and I have – and will again – reaffirm our commitment to standing with our immigrant communities," he wrote. "Know that MPD have not and will not cooperate with any such activity and are prohibited from taking action to detect or apprehend based solely on immigration status."