"People are grieving, it's bringing up memories of their boarding school experience, stories of abuse and death," says Christine Diindiisi-McCleave. 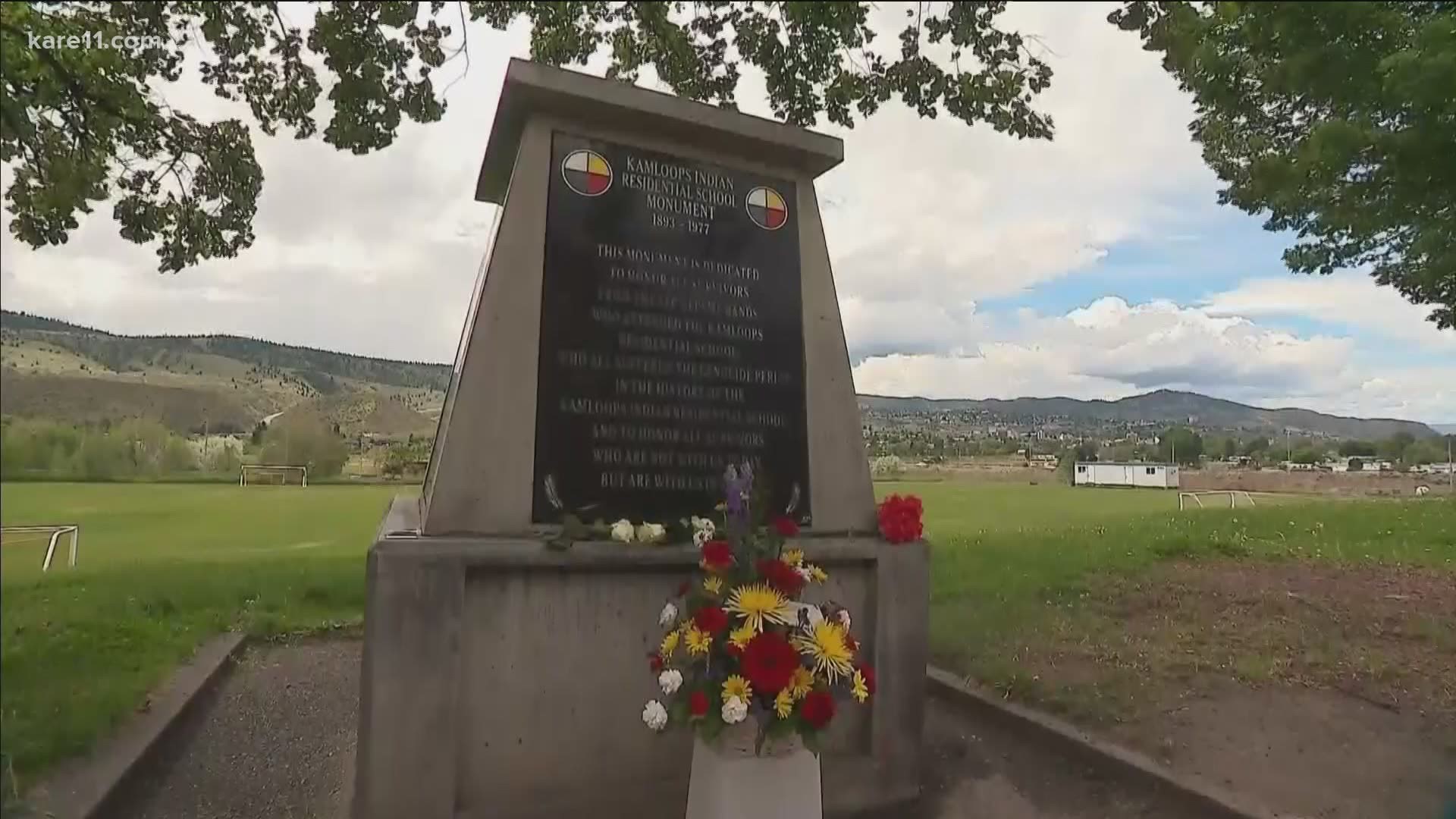 MINNEAPOLIS — As hundreds of unmarked graves are uncovered at the sites of several former Canadian Indigenous residential schools, many are now calling for an investigation into similar sites that may exist here in the U.S.

"Brings up all that unresolved grief, and historical trauma for our peoples," says Christine Diindiisi-McCleave, CEO of the National Native American Healing Coalition.

The organization works to address the long standing trauma associated with the boarding school policy.

"Obviously the news is very tragic and very sad, although we knew that there were unmarked graves in Canada and the U.S.," says McCleave.

On Wednesday, 182 unmarked gravesites were found at one former site in Canada.

This comes after hundreds of remains were found at two other residential schools – some as young as 3 years old.

"The oral stories from survivors' have told the stories that knew these burials were here," said Cowessess First Nation Chief, Cadmus Delorme, during a virtual press conference.

According to the National Native American Boarding School Healing Coalition, for a century leading into the 1970's, Native American children were removed from their homes and placed in boarding schools operated by the federal government and churches, where many suffered abuse and neglect.

The organization tracked 367 former boarding school sites throughout the U.S.

"People are grieving, it's bringing up memories of their boarding school experience, stories of abuse and death," says McCleave.

Secretary Halland addressed the recent news saying, "I know that this process will be painful. It won't undo the heartbreak and loss we feel. But only by acknowledging the past can we work toward a future that we're all proud to embrace."

The organization is now calling on Congress to pass the "Truth and Healing Commission on Indian Boarding School Policies Act" and is working closely with Sen. Elizabeth Warren's office to reintroduce the bill this summer.

To learn more about the organization and how you can get involved, visit the website here.