The plan includes community involvement, and does not disband the current police department. 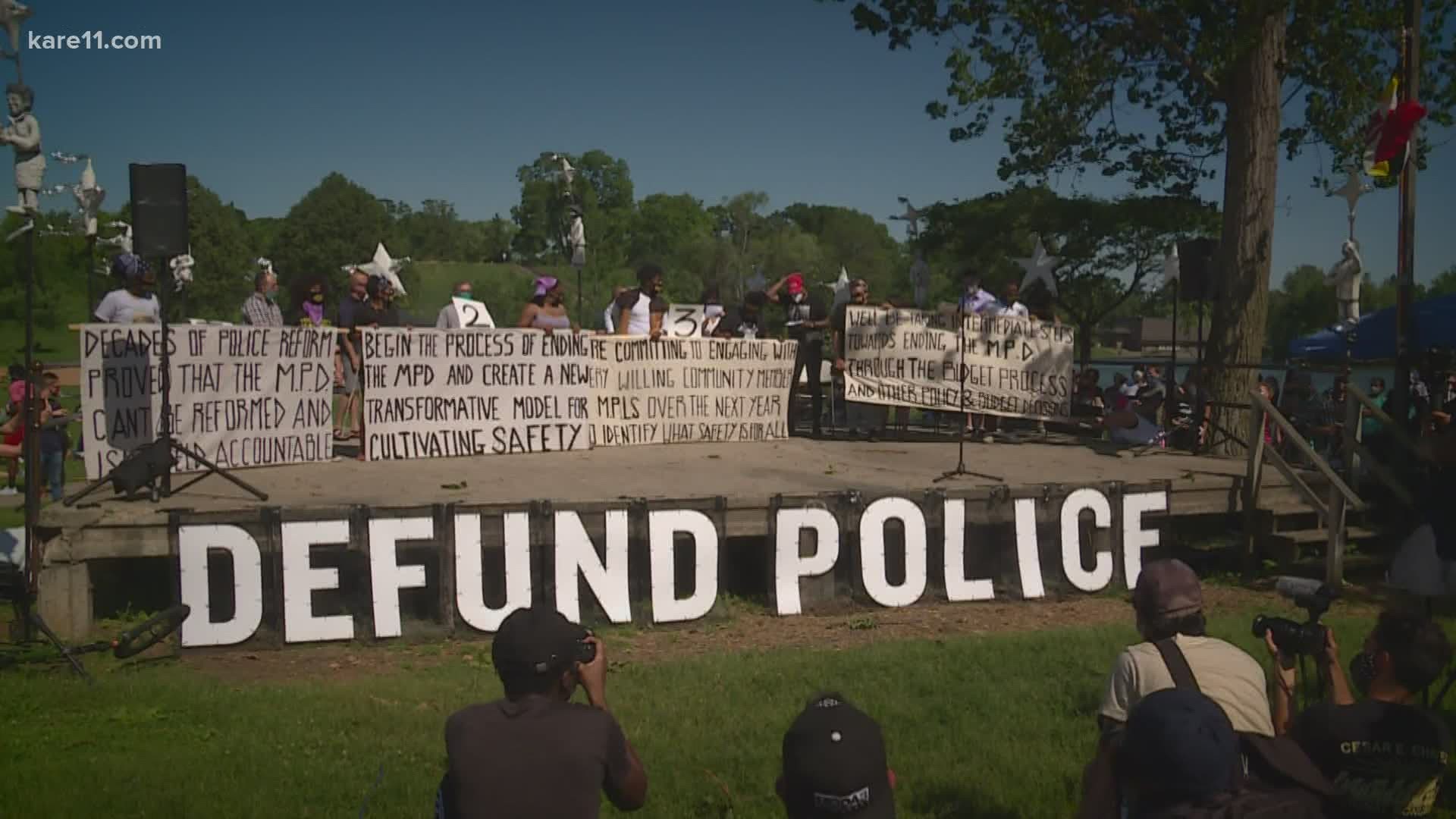 MINNEAPOLIS — The Minneapolis City Council voted unanimously Friday on a resolution to begin a year-long project to rebuild public safety in the city following the death of George Floyd in Minneapolis police custody.

The plan outlines a framework for potential reform, and does not disband the current Minneapolis Police Department; however, a potential ballot measure is being considered that would ask voters to decide whether to end MPD.

Council members vow to make the reform process a cooperative effort with the community.

"The City Council will engage with every willing community member in Minneapolis, centering the voices of Black people, American Indian people, people of color, immigrants, victims of harm, and other stakeholders who have been historically marginalized or under-served by our present system," the resolution states. "Together, we will identify what safety looks like for everyone."

Under the plan, the council will also collaborate with Mayor Jacob Frey, Police Chief Medaria Arradondo, as well as Hennepin County government and the Minnesota Department of Human Rights, which filed a civil charge against the Minneapolis Police Department following Floyd's death.

A key element of the plan is the creation of a "Future of Community Safety Work Group" tasked with coming up with "strategies for building this new model for cultivating community safety." According to the text of the resolution, those strategies could include:

The work group's first task will be making preliminary recommendations to the council for engaging with stakeholders and the community, which will be due by late July.

The resolution was co-authored by six of the city's 13 council members, including Council President Lisa Bender, along with Andrea Jenkins, Steve Fletcher, Phillipe Cunningham, Alondra Cano and Linea Palmisano.

The unanimous vote for the year-long reform plan comes nearly a week after several council members voiced support for disbanding the Minneapolis Police Department. However, such an action would require a voter-approved change to the city charter.

Several council members plan to introduce a measure at the next council meeting calling for such a question on the November 2020 ballot, which would ask voters whether to end the police department and replace it with a new department focused on community safety and violence prevention.

“I remain opposed to abolishing the Police Department," Frey said in a statement. "We should unite behind deep structural reform and transformative public safety changes in partnership with community and under Chief Arradondo’s leadership. Minneapolis residents deserve clarity in purpose and deliberate planning as we move forward.”

In addition to the council's action Friday, Mayor Frey announced the formation of three additional public safety transformation task forces. According to a news release, the groups are expected to include "national partners, local systems, and community partners" who will deliver recommendations to the mayor.

“Undertaking significant, structural change to how we do public safety will demand the best ideas not just from local government but from community and national experts as well,” Frey said in a statement. “By considering best practices and policy recommendations from across the country, centering community in the conversation, and thinking big about solutions beyond policing, we’re setting the stage for deliberate and lasting change for the people of Minneapolis.”