You may be getting ready to take down your holiday decorations but for one Minneapolis man, Christmas trees are a year-round passion. 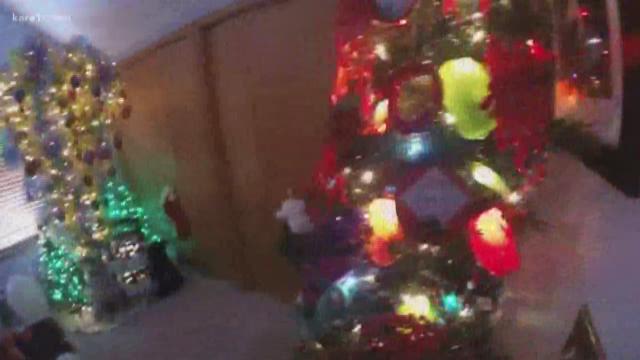 Kevin Milton’s home is a forest of holiday cheer.

He has 50 Christmas trees set up across every room of the house – 10 in the dining room alone. Each has a theme.

“There’s a story behind all of them,” Milton said.

There’s a Coca Cola themed tree, a John Deer tree in honor of his dad, a tribute tree to his mother. There is a Pride tree, a Halloween theme, a Valentine’s tree.  There are even a couple of trees in the bathroom.

Each is full sized and meticulously decorated.

“I just think there’s something magical about Christmas that I’ve always been enamored with,” Milton said.

How did his Christmas tree obsession start? On a small farm in southwest Minnesota.

“I’m the head elf. I will own that. But my mom and I liked to get a lot of the ornaments and it escalated,” he explains. “I got one tree one year and then another tree and another tree. Eventually we took up the whole basement.”

The collection has been shown in museums and used to raise money for nonprofits. But mostly, it’s about spreading light and bringing people together, Kevin says.

The current display is 15 years in the making. Kevin starts putting it up in October. And he’ll begin taking them down next week, meticulously storing them and deciding which ones need improvements for next year.

“That kind of helps me with that depression if you want to call it. Because I know that I’m already planning.”

In Kevin Milton’s home, holiday cheer is a year-round affair.

“I just know that every year it’s going to get better.”