The city council will meet again Friday to hear details of the proposal, and two public hearings are set for July. 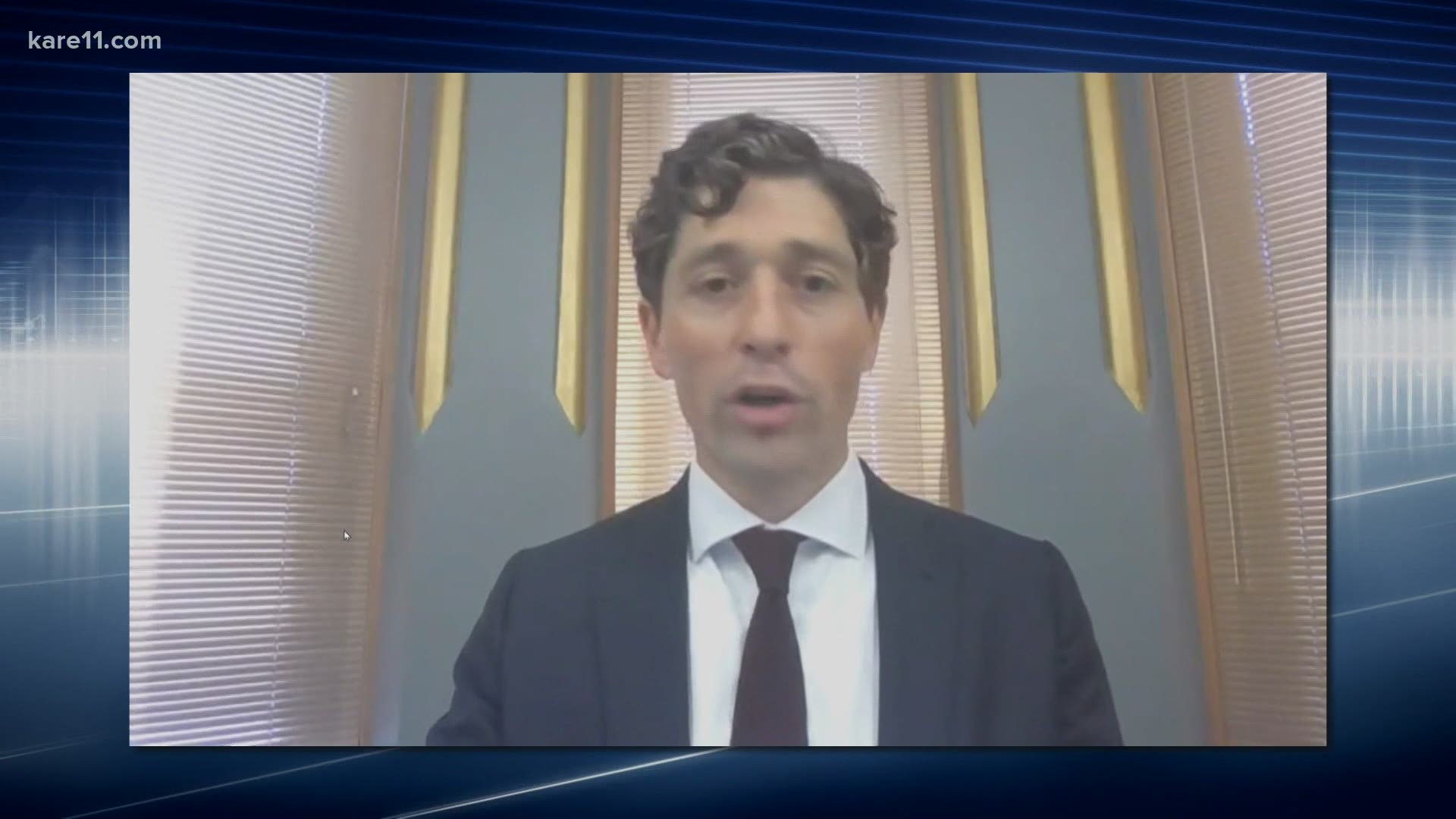 MINNEAPOLIS — Minneapolis Mayor Jacob Frey has submitted his revised 2020 budget proposal to the city council, an effort to close a more than $150 million gap left by "concurrent crises."

Frey appeared virtually before the budget committee on Thursday morning to submit his proposal, just the first step in a long process of amendment and approval. The city is facing a $155.9 million revenue loss, due to both COVID-19 and the civil unrest following George Floyd's death in Minneapolis police custody.

This is not the first time the mayor has had to adjust the budget this year. Before Floyd's death, there was a first attempt to reconcile the affects of COVID-19 on the economy.

"Earlier this year we moved forward with revising 2020 budget to reflect the emerging threat of COVID-19," Frey said Thursday. "Today those realities are compounded by the severe trauma and loss our city and nation confront in the aftermath of the killing of George Floyd."

Frey said Thursday that the city saved $58 million from several immediate measures, including hiring and wage freezes, and cutting contracting work by 15%. That leaves a $97.7 million revenue gap.

Frey told the budget committee that he is confronting how to "sustainably bridge that gap." He said that the city must be sure to not use its entire rainy day fund now. He also pointed out that the pandemic is hitting communities of color harder.

"This is no time to abandon our commitments to racial justice and equity," he said.

Included in the mayor's proposed cuts are a $6 million rollback in housing, with safeguards for essential programs. Frey said he expects $4.5 million of that to be backfilled.

According to a news release from Frey's office, the budget prioritizes preserving housing, economic development and racial equity work that will help those communities of color.

Frey said he is committed to keeping $32 million in the general fund.

There are also cuts to the $13 million in new spending that had been proposed in this year's budget.

"We designed this year’s budget with ambition that matched our values," Frey said. He's proposing a reducting in new spending from 4% to 47%, depending on the project.

Frey said many city staff have volunteered for budgetary leave, saving $600,000. He is suggesting up to six furlough days for city employees, and said there could possibly be up to 40 layoffs but he hopes to avoid them. Frey is also taking a pay cut.

"What I am delivering today is very much a budget amendment still in flux," he said to city council members. "I’m delivering to you a budget with the best information I have available and trust that you will continue digging into the details."

Friday at 10 a.m., the committee will meet again to get a detailed analysis on the mayor's proposal from the budget team, and ask questions.

There will be two virtual public hearings: Tuesday, July 14 at 6:05 p.m. and Wednesday, July 22 at 1 p.m. Information about how to participate is available on the city council website.

The final revised budget proposal will go to the city council on Friday, July 24.

"I agree that as our city faces these multiple layers of crisis and economic hardship, that we have been able to put forward cuts that really preserve a lot of the core values of our community," she said.

Frey will be also proposing his 2021 budget in about a month. The council votes on that in December.