Minneapolis Park Board will not allow encampments in winter

The Park Board will look to transition people to shelter as soon as October, the superintendent said 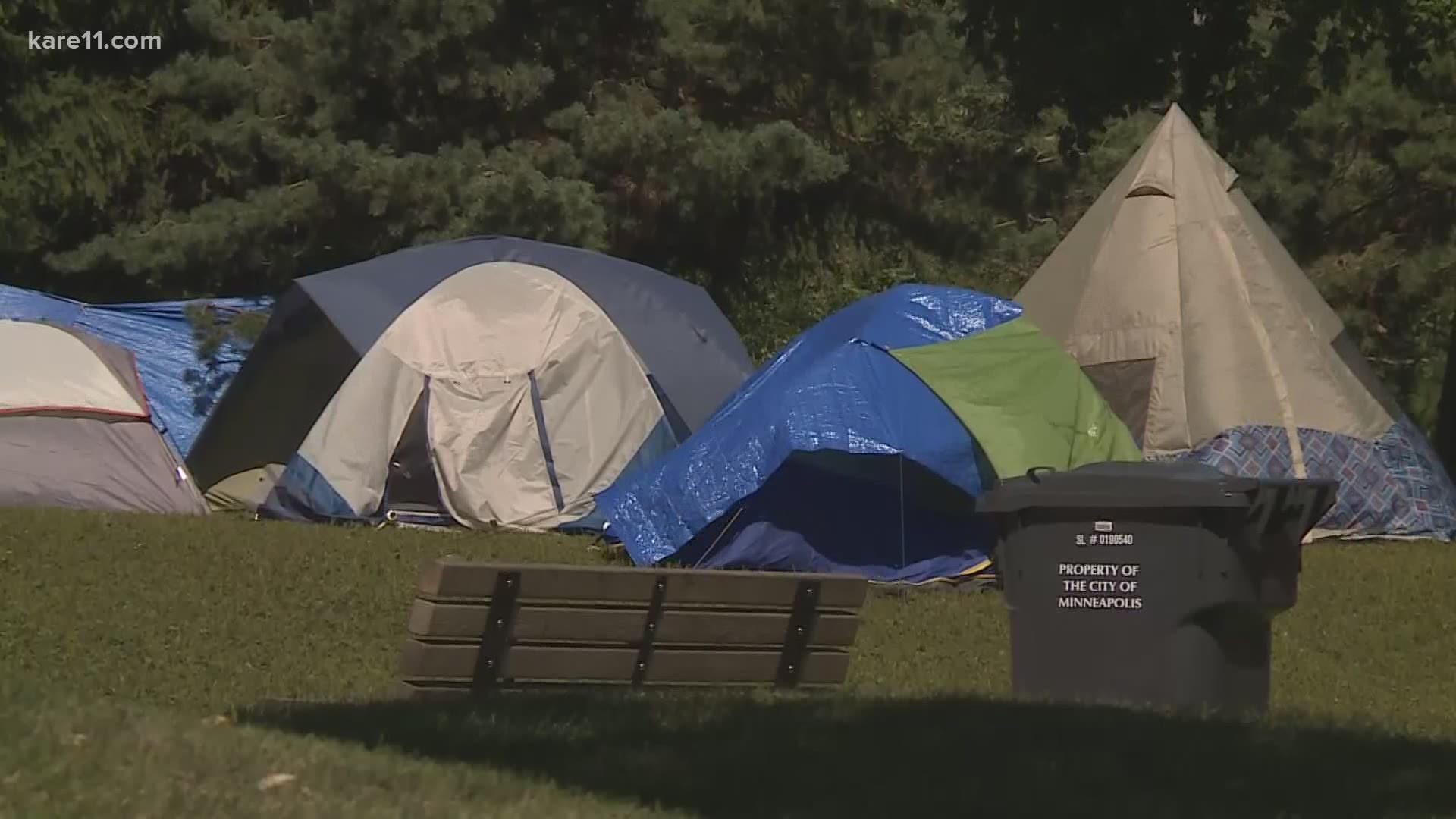 MINNEAPOLIS — The Minneapolis Park and Recreation Board reported Wednesday that homeless tents citywide have dropped from 409 to 380 over the past two weeks, leaving a total of 21 parks with encampments – although the Park Board will not allow tents to persist during the winter months.

Superintendent Al Bangoura said at a meeting Wednesday night that encampments will likely be disbanded in October. Bangoura has requested help from the county and city for housing services, and he wrote a letter to Gov. Walz last week asking for funding to bolster those resources.

“The need to transfer people into shelter spaces is becoming critical,” Bangoura said. “We need detailed plans from state and county social services, for sheltering those living in the parks, before the time comes to disband the encampments.”

Bangoura said that park staff members have cleared a few dozen encampments over the past several weeks, including the large sites at Powderhorn Park, Matthews Park and Loring Park. Park Police reported a drop in crime at the meeting Wednesday night, following the dissipation of those homeless encampments.

However, students and parents from Hope Academy near Peavey Park packed the same public meeting on Wednesday night – hours after the first day of school ended – to express their displeasure with the encampment that remains in the school zone. Ninth-grader Jesse Hoilien said the Peavey Park encampment has left him unable to enjoy outdoor sports, especially since violent crime (including shootings) has been reported there during the summer.

“Yeah, it’s been pretty stressful,” Hoilien said. “The city is not really taking care of the issue. It’s not moving the encampment, not making it a safe place that’s promised for us to be outside for us students.”

The Park Board says staff have had trouble moving people from Peavey, since some of the 30 tents are occupied by protest groups.

Some of those groups gathered outside the Park Board headquarters during Wednesday’s meeting, opposing any efforts to evict people from the encampments. One concerned citizen, named Kevin, said local governments must invest in resources, such as housing, mental health, and addiction services – and he said the government should not criminalize homelessness.

“We’re complaining about the eviction of the encampment but we’re doing something about it. We’re passing out waters, distributing supplies, to help these people survive against the oppression of the state,” he said.