The shooting happened Wednesday night after police said officers pulled over a man near 36th & Cedar. 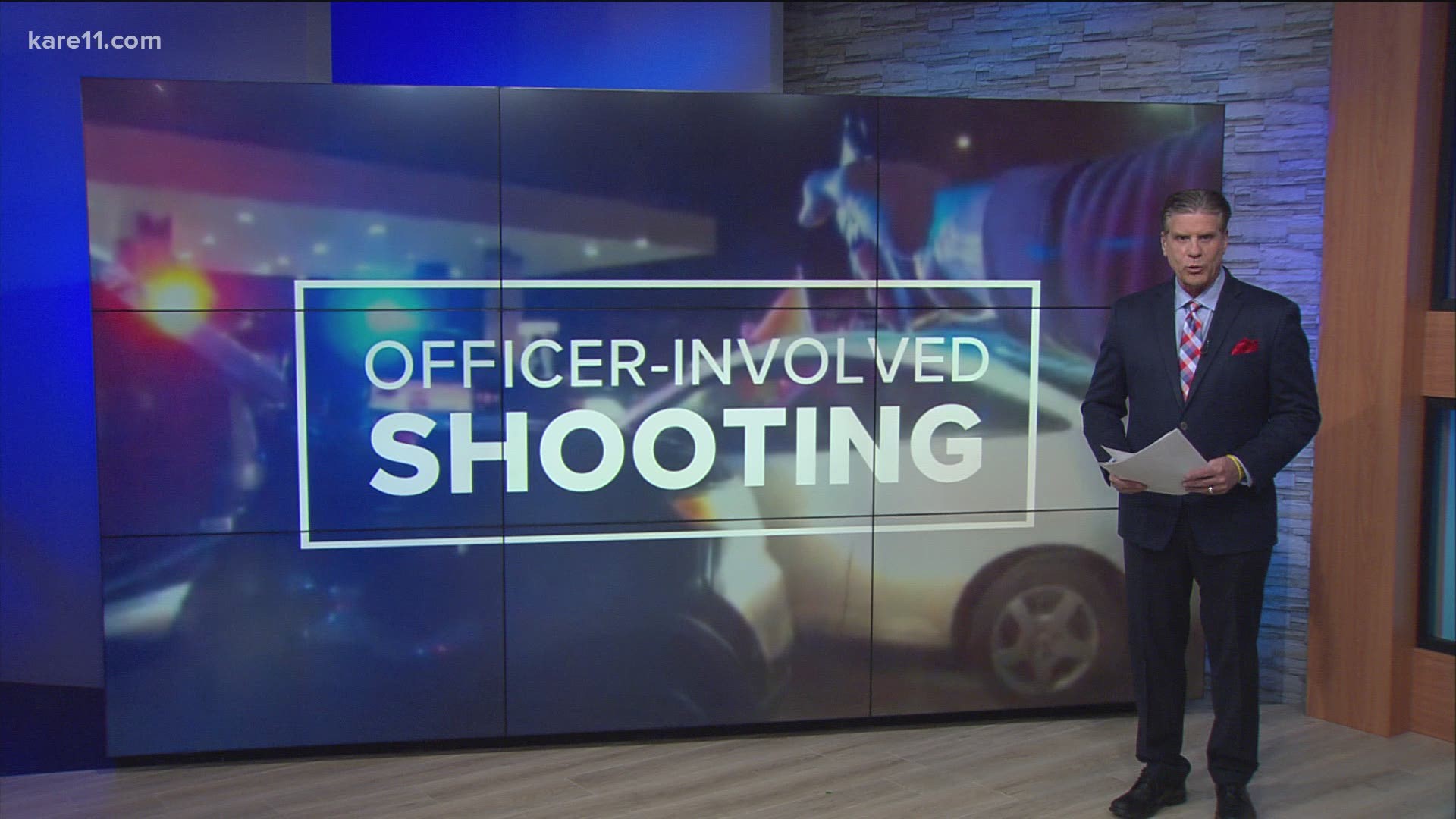 The Hennepin County Medical Examiner has confirmed the identity of the man killed in an exchange of gunfire with Minneapolis police on Wednesday night as 23-year-old Dolal Idd of Eden Prairie.

Idd's family had released his identity to reporters earlier in the day.

According to a press release from the Hennepin County Medical Examiner's Office, Idd "died of multiple gunshot wounds" and the manner of death is homicide. The use of the term "homicide" by a medical examiner is not a determination of any criminal circumstances, but means that the death was caused by another person.

Arradondo said the man, who police originally described a felony suspect, was under a probable cause weapons investigation. He couldn't provide any additional details about what led up to the investigation or whether there was a warrant involved.

Arradondo and Minneapolis police also released video captured from one of the officers' body-worn cameras. According to Arradondo, the family of the man who was killed has viewed the video.

"Our city is experiencing a lot of raw emotion right now," said Mayor Frey. "I know that is especially true for our Somali community, who has lost a young man. Gun violence has gripped our city and today is no exception, but the circumstances and the details of what transpired last night, does not negate the tragedy of yesterday's death."

Around 100 people gathered near the scene Wednesday night as police investigated.

In the body-worn camera video that was released, police are seen exiting their squad cars and screaming for the man, who was still inside his vehicle, to stop the car. The vehicle is then seen trying to drive away before being blocked by other squad cars.

The officer yells, "hands up, hands up, police," before what appears to be at least one shot being fired from inside the vehicle. Officers then returned fire.

Multiple shots were fired by police officers, but it's unclear how many shots and how many officers discharged their weapons.

"From my view of the video and the preliminary information that also mentioned that a witness saw the individual fire first at the officers, my officers were reacting to that deadly threat," Arradondo said. "The investigation will uncover more details, but the question is, 'Should the officers not react in a deadly force situation and knowing that community members' lives were at stake as well?' The officers are trained to protect community members' lives and their own."

A man who visited the scene at 36th & Cedar on Thursday said the man who was shot in an exchange of gunfire with Minneapolis police on Wednesday was his son, whom he identified as 23-year-old Dolal Idd of Eden Prairie.

"The reason we came here is we wanted to know where my sweet son (got) shot and killed," said Bayle Gelle, who said he is Idd's father. "We need justice."

Police say a woman was in the vehicle when the man was shot, but Gelle said he didn't know the identity of the woman.

Gelle said authorities came to his house Wednesday night with a warrant.

"They were screaming loud," he said. "They were pushing us down and screaming and saying, 'Don't move.' And I have a small kid.

When asked about whether Minneapolis police officers had gone to the family's home,Chief Medaria Arradondo said he wasn't aware of anyone from the MPD going to Gelle's residence.

Minneapolis police said a man has died following an exchange of gunfire between police and a man during a traffic stop on Wednesday evening.

MPD spokesperson John Elder told reporters that officers conducted the traffic stop around 6:15 p.m. near a gas station at 36th Street and Cedar Avenue in Minneapolis. Elder said gunshots were exchanged during the stop and the suspect was struck and killed.

Police said an adult female passenger at the scene was not injured, and no officers were injured in the exchange of gunfire.

Arradondo said he will release the body camera video of the shooting on Thursday.

He added that his department will act if demonstrations turn into civil unrest. "We want to do everything we can to protect everyone's first amendment rights to freely assemble, but I say again, we cannot allow for destructive, criminal behavior. Our city has gone through too much."

Arradondo stressed that the scene needs to be preserved "so that the facts can continue to come out."

Arradondo went on to state he is in close contact with Minneapolis Mayor Jacob Frey as the situation evolves.

Frey released a statement earlier Wednesday night saying: "Events of this past year have marked some of the darkest days in our city. We know a life has been cut short and that trust between communities of color and law enforcement is fragile. Rebuilding that trust will depend on complete transparency. I am working closely with Chief Arradondo to gather all the facts surrounding what happened tonight and will be relaying that information, in coordination with State partners, to (the) community as quickly as possible. We must all be committed to getting the facts, pursuing justice, and keeping the peace."

HAPPENING NOW: @MinneapolisPD are investigating an officer involved shooting at the intersection of 36th and Cedar in south Minneapolis. The suspect is dead. Working to confirm more details. The latest, on @kare11 News at 10. pic.twitter.com/zlxVD9u2JQ

Police did not release an exact number of officers involved. Identities of the officers and the man killed were not released.

Elder said the Minnesota Bureau of Criminal Apprehension and forensic teams are the scene to investigate. A medical examiner will release more details on the man's identity and cause of death.

A crowd of hundreds formed at the scene as news of the shooting spread. Crews on scene report a State Patrol helicopter flying over the scene late Wednesday night.

This is a developing story. Stay with KARE 11 for updates.