In the months since George Floyd's death, Kroll has faced calls to resign from many community groups. He was originally planning to retire at the end of May. 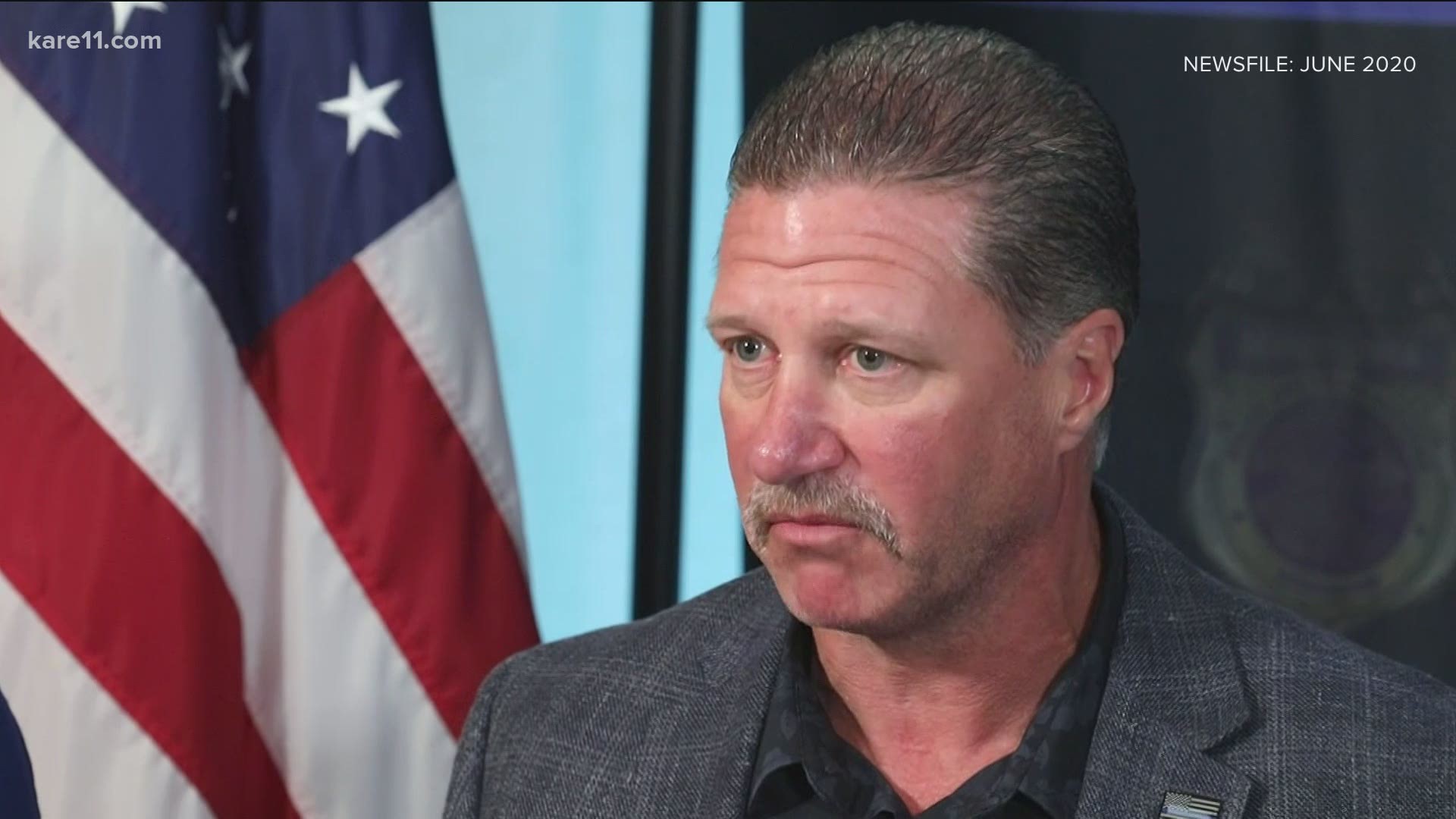 MINNEAPOLIS — The controversial head of the Minneapolis police union has announced his intention to retire at the end of the month.

In a letter to the members of the Police Officers Federation of Minneapolis obtained by KARE 11, Kroll wrote that his plan had been to leave in May of 2021. That would have been his 25-year mark of serving on the Federation Board.

"After reviewing the bigger picture, it is in my family’s best interest for me to retire four months early," Kroll wrote. "This week, I complete 32 years of service with the Minneapolis Police Department. After looking through the roster, fewer than 10 members have been around longer than I have. It is time."

"I'm not naïve about the barriers that will continue to exist, but we need to view this as an opportunity to get things done better," he said. "To Bob Kroll, just two words, which are good riddance."

"The sad reality is this should have happened a long time ago," she said. "And he also should have been fired."

Kroll made headlines in October 2019 for his involvement in producing "Cops for Trump" T-shirts for President Donald Trump's visit to Minneapolis. The move came after off-duty Minneapolis police officers were told they could not wear their uniforms while they're endorsing a political party. The president brought Kroll up on stage with him during that appearance.

Weeks later, Kroll spoke with KARE 11 and said that the union would not challenge the firing of Chauvin, but the situation with the other three officers was less clear.

Also in June in the aftermath of Floyd's death, MPD Chief Medaria Arradondo announced his plan to immediately withdraw from contract negotiations with the police union. During that announcement Arradondo said "there is nothing more debilitating to a chief" than when a fired officer is allowed back onto the force by an arbitrator.

Kroll said in his announcement Monday that as president, he is proud of the labor agreements the union has accomplished. He said Vice President Sherral Schmidt is "well-prepared to lead this organization."

"Most difficult for me as I made this decision, was to see how our noble profession has been demonized," Kroll wrote. "The toughest part of the job was witnessing the scrutiny and criticism we as professionals have endured from those who do not walk in our shoes. Yet, these people turned into self-proclaimed experts in every aspect of our line of work. The low point of my career has been watching this occur over the last three decades and how weak administrations pandered to armchair quarterbacks and didn’t fight for hardworking public servants who wear the badge. The high points included doing pro-active police work, taking violent criminals off the streets, and receiving appreciation and respect that came our way."