People gathered to protest the death of Winston Smith, shot by police more than a week ago. 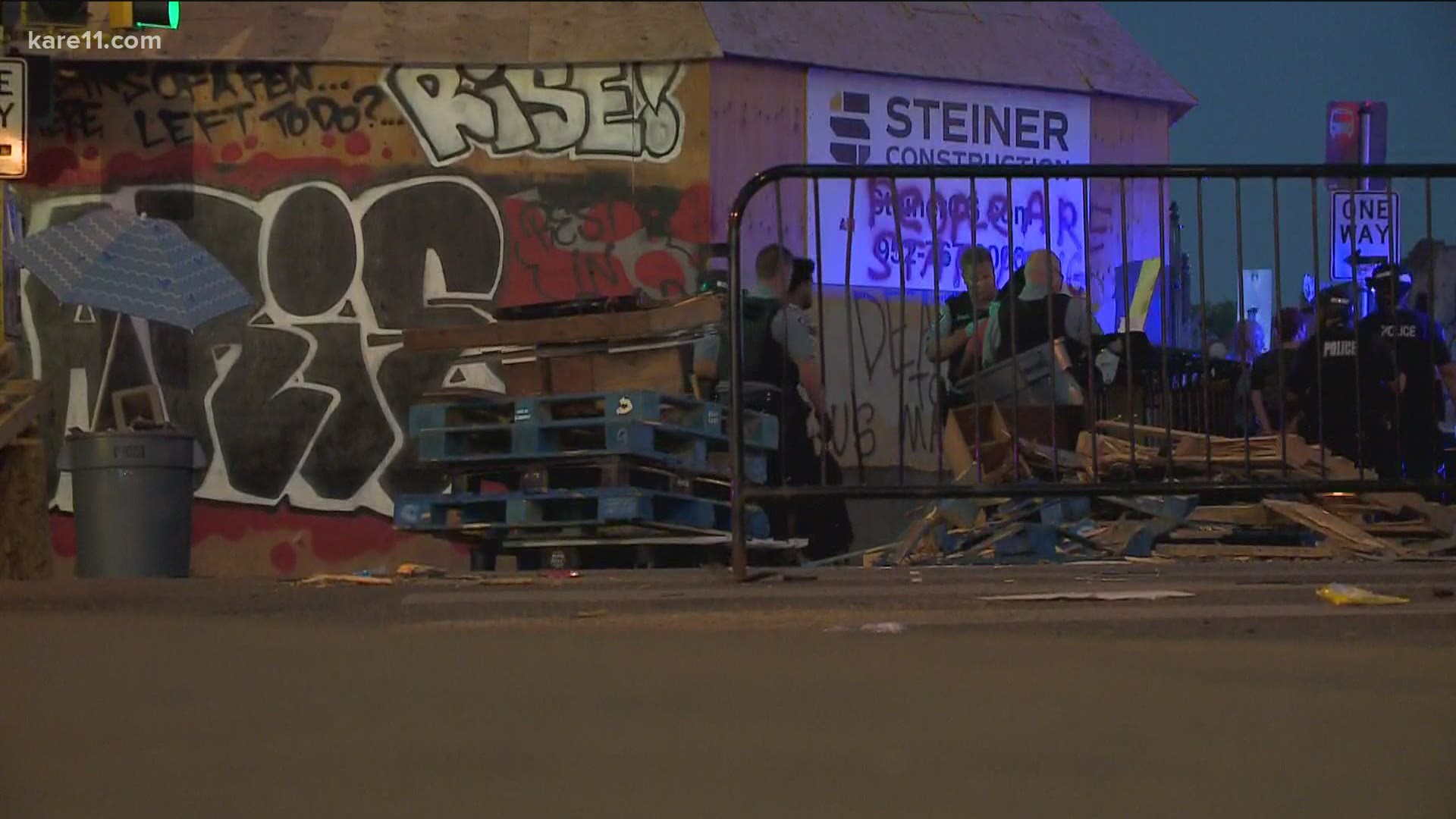 For several weeks the community has been protesting the killing of Winston Smith, shot by two deputies working for the U.S. Marshal's North Star Fugitive Task Force on June 3. Law enforcement officials say they were attempting to serve an arrest warrant on Smith, who had missed a sentencing hearing where he was due to serve a four-year prison term.

Protestors were also honoring Deona Marie, a woman killed Sunday night when an SUV plowed into her vehicle, which was being used to shield demonstrators, and then crashed into her. She was killed, and three other people were injured in that incident.

The city of Minneapolis made at least two attempts to clear the barricades the protestors set up in the street. The first attempt took place earlier Tuesday afternoon, and a second around 8 p.m. Last night, police in riot gear were seen arresting people who refused to leave the area.

"We can't have a major commercial corridor like this shut down; we can't have unauthorized closures of our streets, period," Minneapolis Mayor Jacob Frey. said Tuesday afternoon. "We've been prioritizing de-escalation all along, yet the atmosphere of the area has substantially shifted."

At a press conference, the mayor called the ongoing protests a "public safety issue" and promised an increased law enforcement presence at the intersection. He said a dispersal order would be issued "if anything goes beyond peaceful protest." He said people will then be given time to leave and if they don't, "arrests will in fact be made."

Minneapolis Police and council members who represent the area say they've received "substantial calls" from neighbors and business owners, concerned about the ongoing protests in their area.

A very different stretch of Lake St. in Uptown this morning. No barricades. No protesters. pic.twitter.com/OvRLoMqLcx

RELATED: Minneapolis mayor: Arrests will be made in Uptown if protests are not peaceful