Over a year ago, Mayor Frey attempted to bill the Trump campaign for $530,000 in security costs. 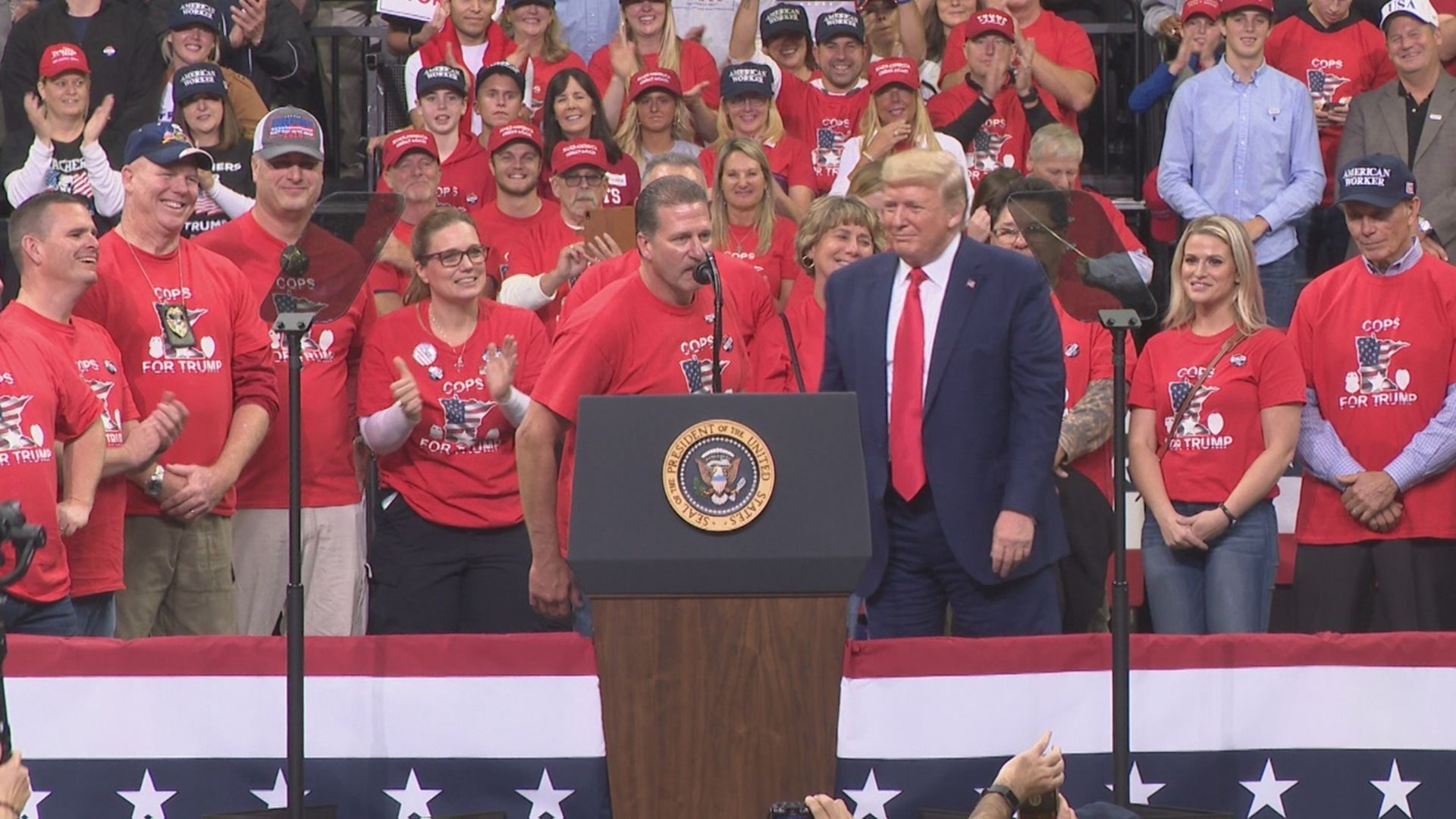 MINNEAPOLIS — The Minneapolis mayor says the city is recouping some of the costs that came with a Trump rally in the fall of 2019.

Mayor Jacob Frey announced in a news release Thursday that Target Center has agreed to pay $100,000 in a settlement with the city. The deal has to be approved by the city council first.

Frey said in the news release that the city has identified $200,000 of "municipal costs" for the Oct. 10, 2019 rally that it is eligible to be reimbursed for. That includes traffic control, barriers, construction and other services that the city provided outside of Target Center. Frey said some other expenses were determined "ineligible for reimbursement" because they were services that protected First Amendment free speech and assembly rights.

Frey and former President Donald Trump had a public disagreement back in 2019 after the city attempted to recover $530,000 in security costs from the Trump campaign for the rally, and Trump's campaign threatened to sue.

The rally at Target Center drew thousands of supporters and counter-protesters, requiring a large law enforcement presence in downtown Minneapolis.

The $100,000 payment from Target Center will be paid to the city over three years.

"We are pleased to be able to assist the City in covering some of its costs in providing municipal services, and to provide input as to how city services for future campaign events will be handled," Target Center General Manager Hugh Lombardi said in a statement. "As operators of the Target Center, we never lose sight of our public partnership and how important the venue is to the taxpayers and the local economy."

Mayor Frey called on Congress to give funding to the Secret Service for reimbursing cities for the public safety services they request, and to mandate that presidential candidates address "public safety invoices they receive from local governments."

"As we continue confronting extraordinary challenges at the local level, our federal leaders have the opportunity – and obligation – to stand up for taxpayers by ensuring they’re not left footing the bill for political events," Frey said in his statement. "We have a duty to protect free speech regardless of the content, but we don’t have to subsidize it."

Frey said the money will go to the city's General Fund.