Three buses and a bus shelter also shot around the same time; police investigating whether instances are connected. 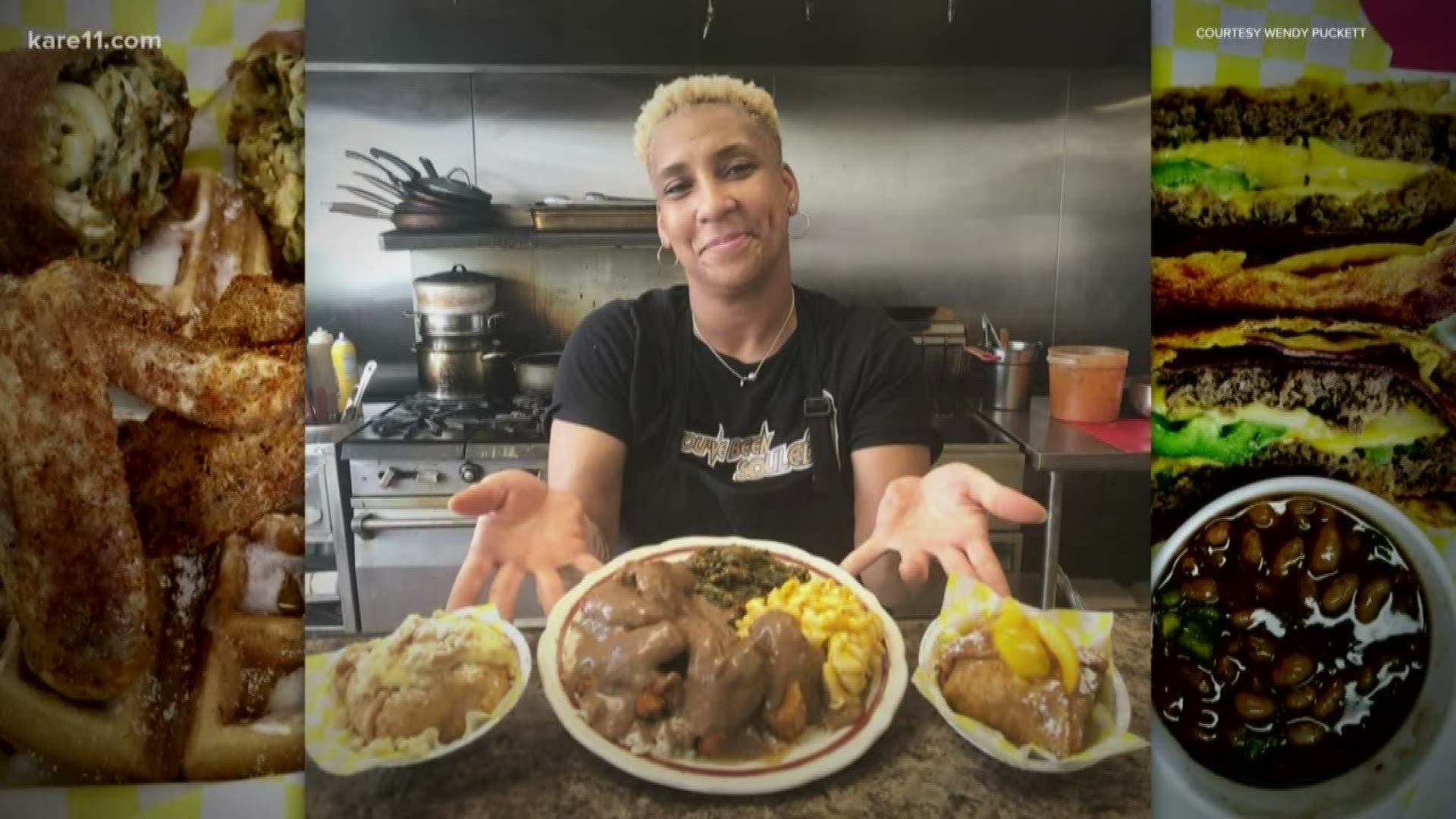 MINNEAPOLIS — On Broadway and Emerson in North Minneapolis -- Wendy's House of Soul has become a food fixture.

"I gained like a hundred pounds during my pregnancy just by eating her food," Vanisha Jemison said.

But the business is closed for now after what happened to Chef Wendy Puckett Friday night.

"She heard some laughter or giggling, turned her head, and that's when she was shot in the face," said Puckett's sister Heather Warfield.

Thankfully, it was pellet, not a bullet.

"But I guess there was so much blood, too," said Warfield.

The pellet went through Puckett's nose and lodged near her eye, Warfield said. She's in excruciating pain, awaiting surgery. Not to mention the psychological wounds.

"She's just very hurt and sad, and just the why, why did this happen?" Warfield said. "Very sad that someone would do that to her."

Warfield believes it was random. It happened on a block with police cameras on both ends, so they're hopeful the shooter will be caught.

But until Chef Wendy is healed enough to cook again, they have to keep the restaurant closed.

'With her being gone, we only have one other cook who had emergency surgery a week prior, so we're down both of our cooks now," Warfield said.

Puckett is known in the neighborhood for supporting local schools and groups.

And as she recovers, Heather says Wendy's biggest message is don't stop coming to the north side because of this.

"That's her biggest thing. We support the northside. This could happen anywhere. So please keep coming back," Warfield said.

Around the same time as the shooting, Metro Transit police say someone shot a pellet gun at three different buses and a bus shelter. They are working with Minneapolis police in case the same person was behind all the incidents.