Officials said heavy fire was showing from the rear of a house when fire crews arrives early Monday morning. 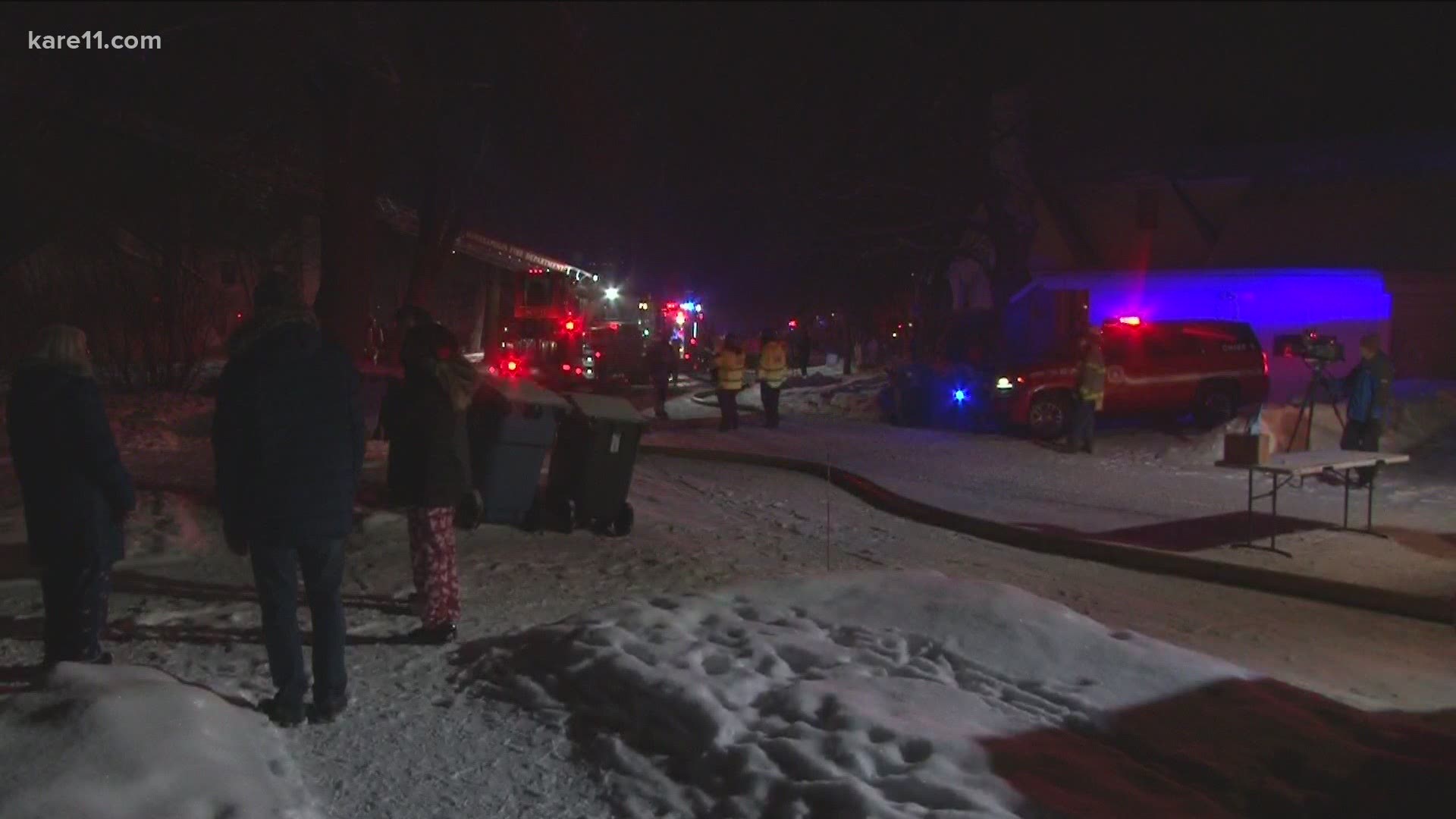 MINNEAPOLIS, Minnesota — A man and a woman were hospitalized early Monday morning after a house fire in Minneapolis.

According to Minneapolis Fire, crews were called to a home in the 5500 block of Clinton Avenue South just before 2 a.m. When firefighters arrived, they saw heavy flames pouring from the back of a 2 1/2 story home.

Crews evacuated everyone from the house and started working to stifle the fire.

The fire escalated to a 2nd alarm when firefighters realized they needed more manpower, according to officials.

One woman was reported to have burn injuries. A man and a woman were taken to a local hospital for treatment, though the extent of their injuries is unknown at this time.

Minneapolis Fire says the Red Cross was contacted for the two adults.