Ellison alleges that the companies "strategized to deceive the public about climate-change science in order to safeguard their business interests." 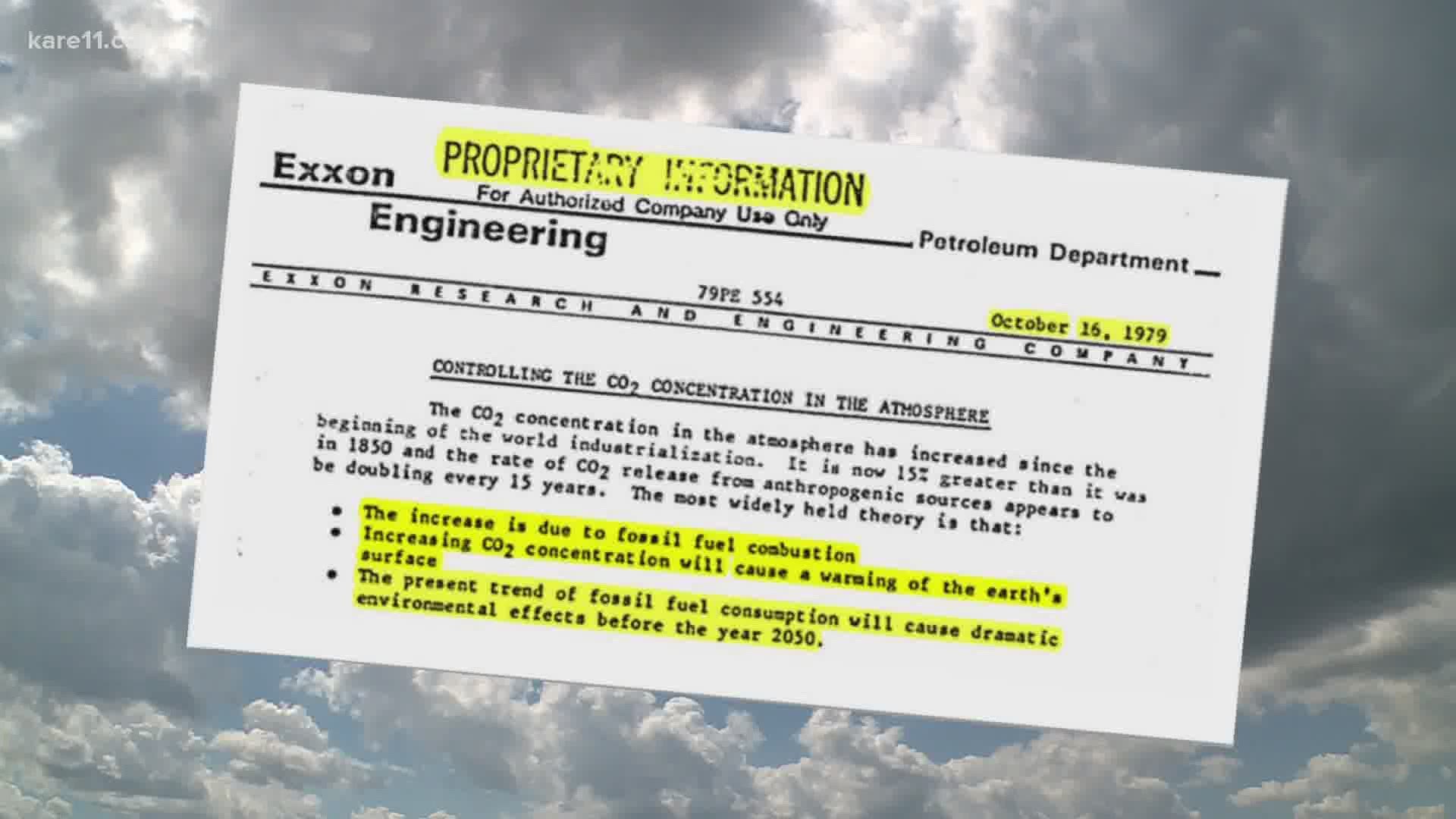 The lawsuit, filed in Ramsey County District Court, accuses the three entities of fraud, failure to warn, and violations of statutes that prohibit consumer fraud, deceptive trade practices, and false statements in advertising.

Most consumer fraud cases alleged defective products and false advertising. In this case, the attorney general isn't claiming gasoline and diesel fuel don't work as advertised; he's claiming consumers were misled about the hidden impact of those products on the climate.

Ellison is asking the court for restitution -- an amount to be determined later -- and to require the defendants to fund a "corrective public education campaign" on climate change.

"We want to disgorge their profits – take the unjust profits they’ve made. And we want them to fund a public education campaign to help the public understand that the lies they told were lies," Ellison told reporters at a press conference in St. Paul.

According to the attorney general's office, at least 15 other plaintiffs including Massachusetts, New York and Rhode Island have filed similar lawsuits.

Ellison the alleged fraud and deceptive advertising have harmed Minnesota's environment, infrastructure and economy, as well as residents' health.

“Impacts from climate change hurt our low-income residents and communities of color first and worst," Ellison said in his statement. "The impacts on farmers in our agricultural state are widespread as well. Holding these companies accountable for the climate deception they’ve spread and continue to spread is essential to helping families to afford their lives and live with dignity and respect."

Ellison said it's "only fair" that "the parties who have profited from avoiding the consequences and costs of dealing with global warming and its physical, environmental, social, and economic consequences bear the costs of those impacts, rather than Minnesota taxpayers, residents, or broader segments of the public."

"The Flint Hills Resources Pine Bend refinery employs more than 1,000 people and is one of the safest and most efficient refineries operating in the United States.  We are proud to produce the transportation fuels and other essential products Minnesotans rely on. Since 2010, Flint Hills Resources has invested nearly $1.7 billion in upgrades and improvements that have helped the refinery continue to lower emissions while producing more of the products people need and use every day."

American Petroleum Institute's Paul Afonso reacted to Ellison lawsuit, saying the industry has done its part. "The record of the past two decades demonstrates the industry has achieved its goal of providing affordable, reliable American energy to U.S. consumers while substantially reducing emissions and our environmental footprint. Any suggestion to the contrary is false."

Ellison wants the two companies and A.P.I. to help Minnesota pay for the consequences of climate change. He alleges that the energy companies "strategized to deceive the public about climate-change science in order to safeguard their business interests."

“Our future generations count on our actions today,” Honor the Earth Director Winona LaDuke said in Wednesday's news release. “As fossil-fuel companies like Exxon twist laws and deal in carbon across the world, people and governments are stopping them. I’m proud that Minnesota is stepping up.”