Felix the cat has plenty of pluck, and luck. The Maplewood "miracle kitty" is recovering from a 45-minute ride in a washing machine 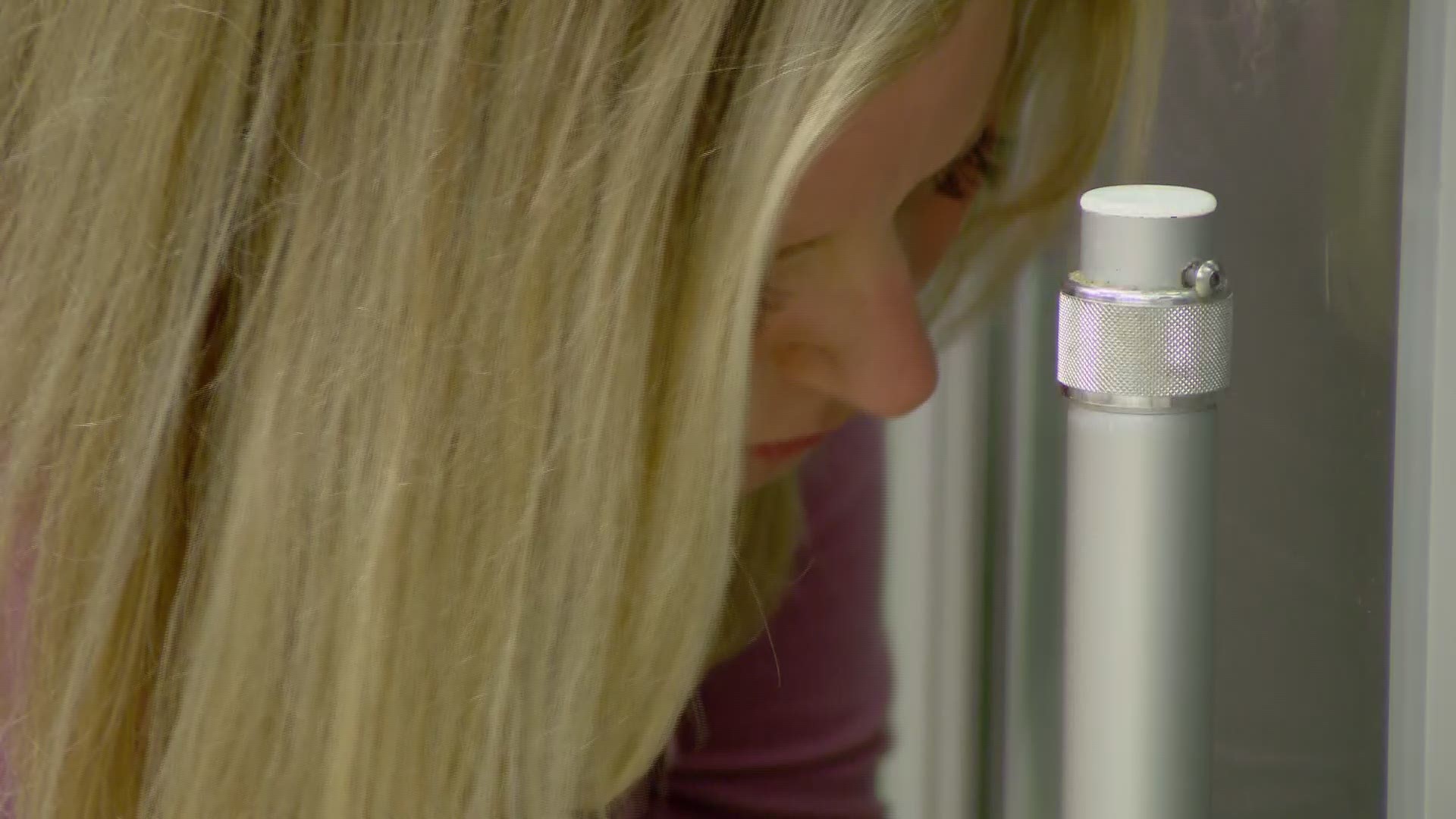 Felix sneaked into a front-loading high efficiency washing machine Wednesday, while his owner had her back turned. He ended up going through the entire 45-minute cycle, and somehow survived.

"It's a Godsend that it was on express wash, and I only put it on that to save water and some time."

Stefani said all three of her cats often follow her to the basement when she does the laundry. She always checks to make sure they're in the clear.

"I've never seen them go in the washer or dryer, but I'd heard of this happening. So, I always check."

She's upset at herself for not checking one last time before she closed the door and hitting the start button. It was set on warm wash, cold rinse.

When Stefani went to retrieve the load of laundry, she noticed it was still really wet. She came very close to putting it back in for another spin dry, but then made a startling discovery.

"I heard a little meow, and all of sudden I saw a little white foot go up in the air! I can't tell you what that was like."

Her father, Heinz Latzel, rushed over to help Stefani get Felix to the Animal Emergency and Referral Center of Minnesota, an animal critical care hospital in Oakdale.

"She was pretty frantic. She had Felix wrapped in a towel. He was in bad shape," Heinz recalled. "I probably broke every speeding record in the city getting there!"

Stefani had called ahead to say her cat had gone through the wash cycle, and that he couldn't stand up on his own power and seemed to be having breathing problems.

It initially appeared the one-year-old cat had also lost his vision, either from the laundry soap or just the trauma of being knocked and spun around inside the drum.

Felix is still in critical condition, and being kept on oxygen support and an IV line in a ICU unit. But there are positive signs.

On Friday he seemed to be looking around, moving and eating a little. He welcomed petting from Stefani and other family members.

"I'm not sure if he recognizes us yet, but he's leaning forward and wanting to be petted. So that gives me some hope he knows somebody cares.

The family is hopeful Felix can make a full recovery and regain the rambunctious personality he displayed before the accident.

"We consider him a dog in a cat suit. He’s just not your regular cat. He greets us every time we come to the door," Stefani explained.

"And he's always talking. And we're always asking him what he's trying to say."

Felix was born on a farm and tends to do a lot of exploring.

"He acts like he owns the place!" Heinz remarked. "He’s just like the cartoon character, Felix the Cat -- he’s all over, jumping up everywhere."