A statement from the schools said they have been investigating since they learned about the allegations in late September. 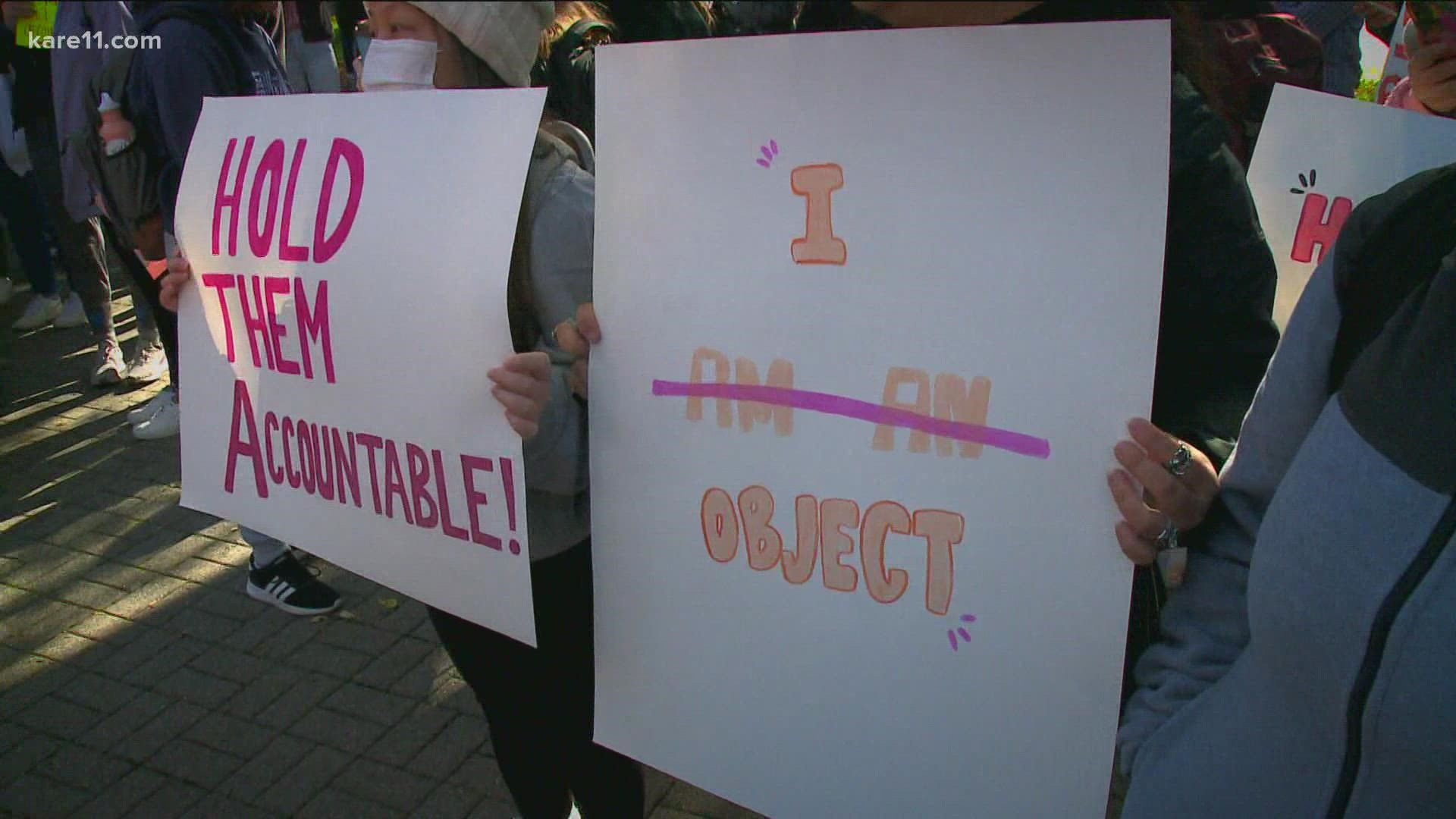 COLLEGEVILLE, Minn — Students from the College of St. Benedict and St. John's University staged a walkout on Thursday, after revelations that the schools were investigating allegations that some male students started a competition to tally sexual encounters with female students.

The allegations were first reported by the student newspaper, The Record.

A spokeswoman for the schools wouldn't provide details, but said they have been investigating since they learned about the allegations in late September.

Here is the statement from SJU & CSB: @kare11 pic.twitter.com/21w6gcJVCW

"CSB and SJU are aware of these allegations and we have been actively investigating the situation since we learned about it in late September. We will not tolerate sexual misconduct in any form. We are utilizing trained, impartial, third-party investigators to determine the responsible parties. We are committed to creating an maintaining an environment in which all members of the community respect the rights and human dignity of all," the schools said in a prepared statement.

The Institute for Women's Leadership at the College of St. Benedict encouraged St. Benedict students to walk out of class on Thursday and participate in a sit-in to demand action and stand up against sexual misconduct.