Kim and John Motschenbacher have been riding their bikes across America with a goal of raising $100,000 to advance invasive lobular carcinoma research. 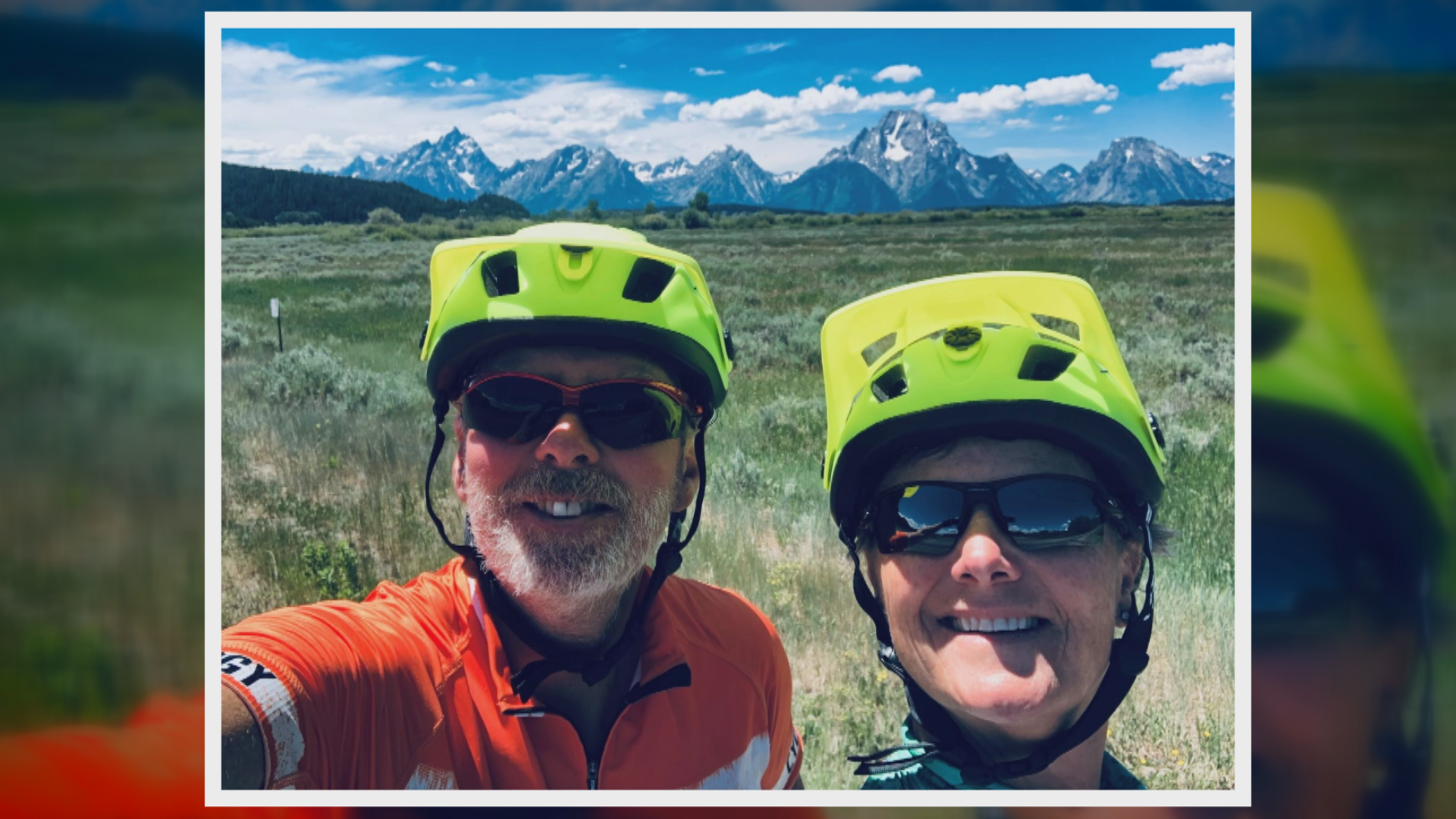 RAWLINS, Wyoming — Ten years ago, Kim Motschenbacher went in for her annual mammogram. It came back negative. Even though it did not feel like a lump, pain in her left breast caused her to go back to her doctor. Two months after her original mammogram, Kim was diagnosed with lobular breast cancer, also called invasive lobular carcinoma (ILC). The diagnosis was Stage 3C.

In February 2011, Kim underwent a 4-hour surgery where surgeons performed a bilateral, double mastectomy. They removed a 6-centimeter mass and 22 lymph nodes, 10 of which came back positive.

According to Lobular Breast Cancer Alliance, ILC is the sixth most frequently diagnosed cancer of women in the U.S. with nearly 44,000 new patients diagnosed each year.

To mark 10 years cancer-free, Kim and her husband John Motschenbacher are biking across America while raising awareness of ILC. Their goal is to raise $100,000 for Lobular Breast Cancer Alliance in order to advance research that can hopefully help in detecting this type of cancer earlier.

Kim and John Motschenbacher of Minnesota are biking across America to raise awareness of lobular breast cancer. Kim is marking 10 years cancer-free. Hear from the couple (currently in Wyoming) on @kare11 at 5. pic.twitter.com/1byA9bsYc7

"So happy to be here and doing this bike ride and yeah, 10 years... there was a stretch where I didn't think I was going to make it. I mean Stage 3, that's almost Stage 4 and so... I feel like I'm a miracle in a sense," Kim said.

The couple, from the Chanhassen/Chaska area, left Minnesota in the end of May. They're taking the TransAmerica Bicycle Trail and started May 26 from Astoria, Oregon. More than 40 days into their trip, the couple arrived in Riverside, Wyoming on Tuesday after biking 60 miles for the day.

"The highlight is really meeting the people along the way. Locals, folks from all over the world, that we've met and spoken with and some people that have gone on this cancer journey, as well," John said.

Made it to Montana! Followed the Lochsa River for two days. The sound of the River was meditation, I miss it already. We camped two nights, met new friends and experienced our first flat tire!

By early September, they plan to end the trip in Yorktown, Virginia.

"Hopefully we're inspiring other people to get out there and enjoy life," John said.

You can follow along their journey on Facebook, Instagram and by visiting their blog called Motch Across America. To donate to their campaign for Lobular Breast Cancer Alliance, visit their Facebook page or donation page, here.