Jill Arnoldy is one of the crafters from Minnesota that is sewing pouches for animals impacted by the wildfires in Australia. 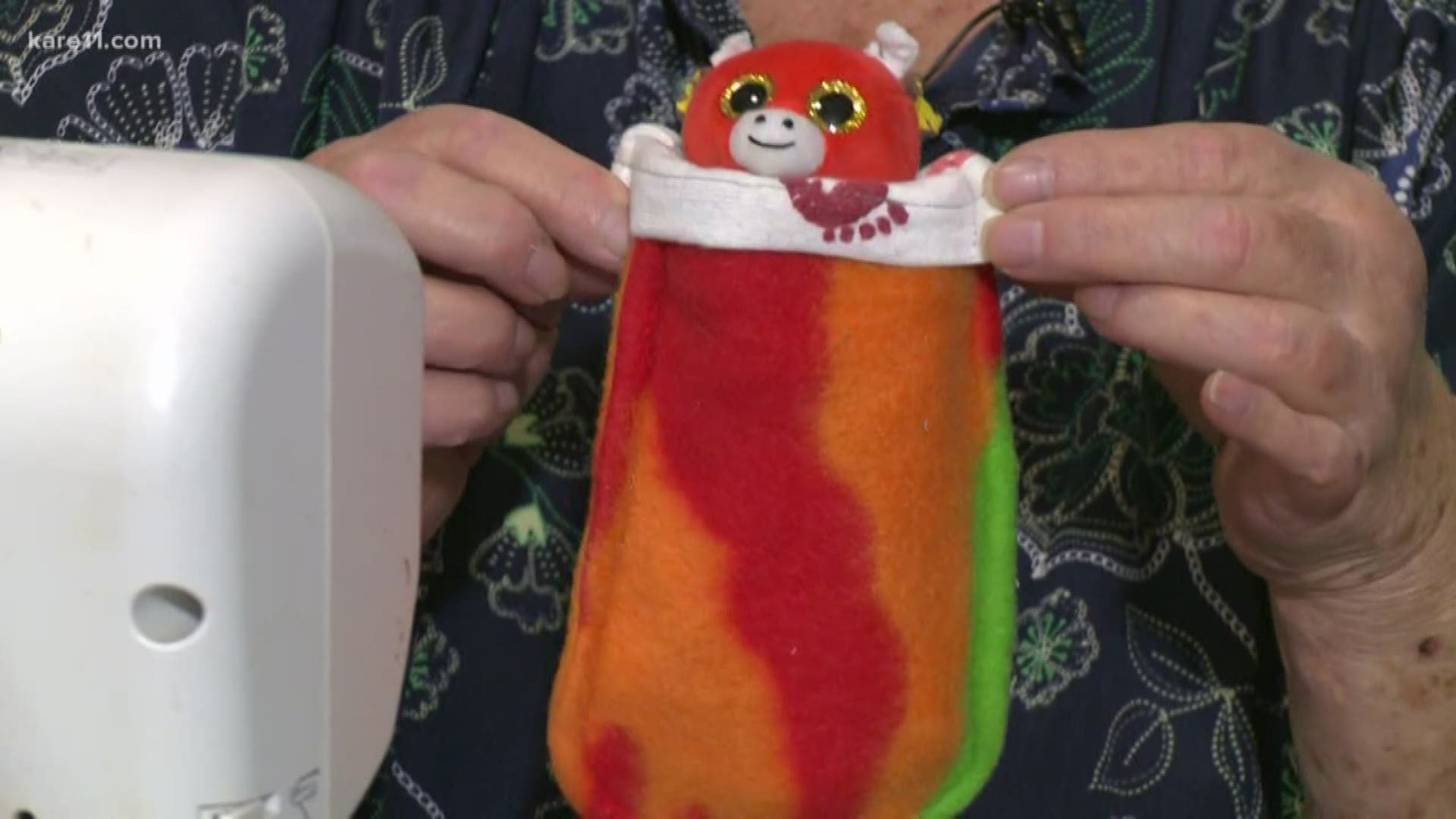 BURNSVILLE, Minnesota — Crafters across the world are coming together to help the animals impacted by the Australian wildfires.

It's been widely reported that the Australian wildfires have killed more than half a billion animals. An ecologist at the University of Sydney recently told HuffPost they believe that number has now topped one billion.

Arnoldy is one of the crafters from Minnesota who are sewing pouches for animals in rehabilitation.

"I posted to my quilting friends and crafters and I just got bombarded with people wanting to help," Arnoldy said. "I don't even know some of these people. They said, 'Hey, Jilly. I want to help.'"

Credit: Heidi Wigdahl
Jill Arnoldy shows one of her hanging pouches that will help a microbat in Australia.

The Animal Rescue Craft Guild has put out a call for protective pouches, blankets, knitted nests, as well as dog and neonatal kitten sweaters. They've been updating their Facebook group with the items they still need. However, they do not need any more koala mittens or bat wraps.

RELATED: 'It's devastating': Chanhassen couple from Australia keeps a close watch on wildfires

Avalon Llewellyn
UPDATES** The group has grown in 100k members in a week. Yep, in one week. We now have amazing connections around the world and will be able to kit out every wildlife rescue in Australia (and...

On Tuesday morning, Arnoldy was sewing a hanging pouch meant for a microbat. She uses patterns provided by the Animal Rescue Craft Guild. One pouch takes about an hour to complete.

Arnoldy is working with about 18 other crafters in Minnesota and serves as a leader for Isanti and nearby counties.

Since putting out the call for help, she's heard from more than 100 people through her Facebook page.

"The response has just been incredible," she said.

RELATED: How to help the victims, firefighters of the Australian bushfires

People can help out by making some of the needed items or donating fabric but Arnoldy said a top priority for her group is gathering funds to help ship the items. They're being shipped to the guild's Midwest hub in Antioch, Illinois. Someone at the hub will then ship them to Australia. Arnoldy will ship off the first couple hundred pouches by next week.

"This isn't going to be just a one or two week thing... I've got over 100 yards of flannel and... even if the fires are put out... the joeys are going to keep growing and they're going to be needing bigger and bigger pouches," Arnoldy said.