The adult-use cannabis in Minnesota bill would allow anyone over 21 to buy marijuana from a licensed retailer. 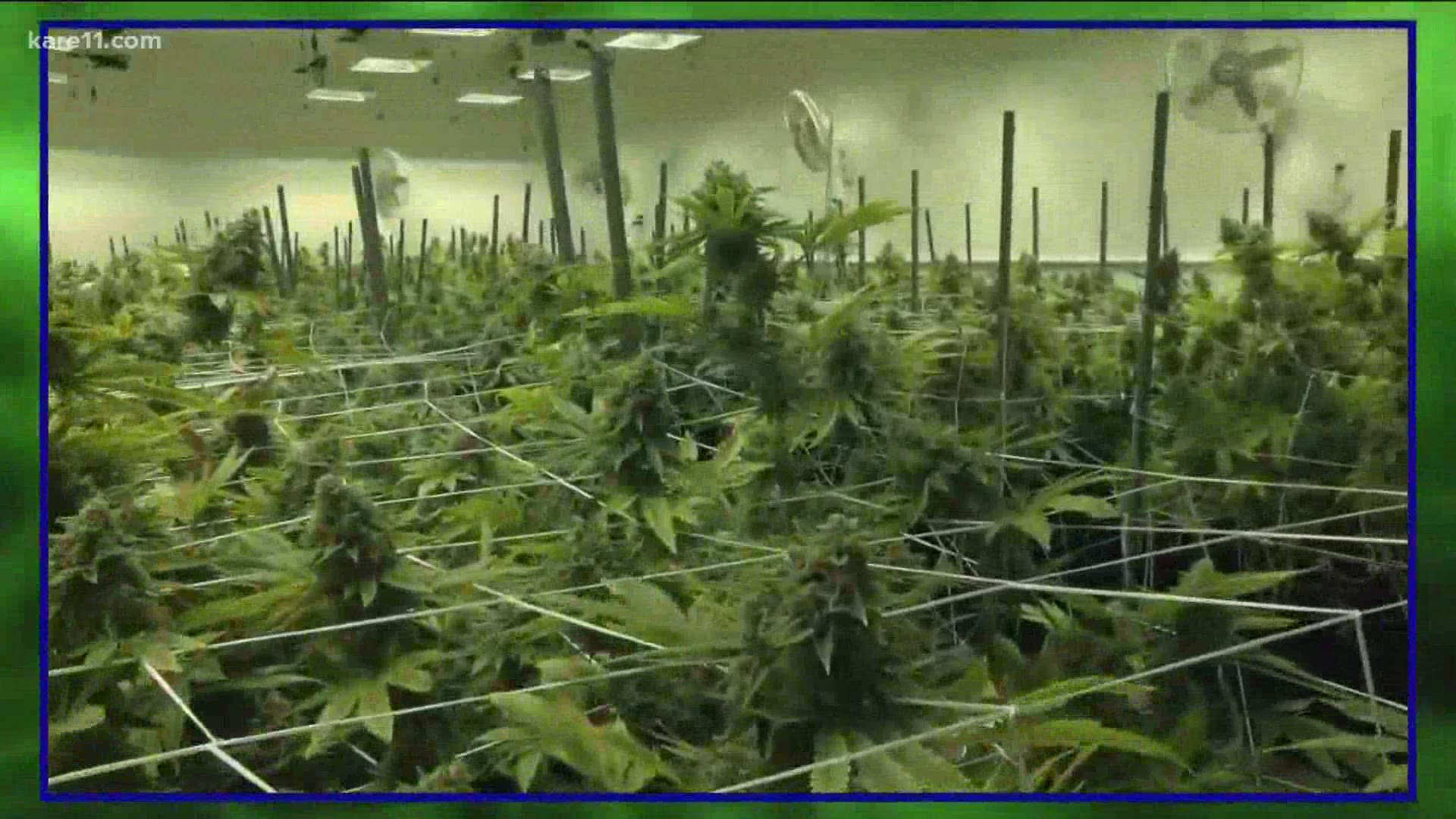 ST PAUL, Minn. — After years of failed attempts, recreational marijuana will go up for a vote in the Minnesota House on Thursday.

It's the furthest a pot bill has ever gone in the Minnesota legislature, but the big question is... will it pass?

State DFL leaders say they've put a lot of time and energy into researching what legalizing recreational marijuana could do for Minnesota, and they say they have no doubts that this bill will be passed during Thursday's scheduled 4:30 p.m. vote.

"We have suffered under the myth and the lie of reefer madness for way too long," said House Majority Leader, Rep. Ryan Winkler.

The legalize adult-use cannabis in Minnesota bill would allow anyone over 21 to buy marijuana from a licensed retailer, and expunge records for those with past misdemeanor marijuana convictions. It's being called a gamechanger.

"The only thing that will be radically different is that fewer people will be incarcerated and more people will be able to make responsible adult decisions about cannabis," said Rep. Winkler.

Recreational marijuana sales is an industry generating millions in tax revenue for the states that have legalized it.

Last year alone, states like Colorado and Washington brought in more than $300 million in revenue according to the Tax Foundation.

"Our preliminary estimates based on our tax numbers are something like $60 million a year, that could move up overtime," said Rep. Winkler.

For years now, DFL legislators have been pushing similar bills, while being met with opposition from republicans.

“We are focused on the Minnesota Priorities that balance the budget without raising taxes, safely reopen schools and businesses to recover our economy, and support families. I would not consider legalizing recreational marijuana as a Minnesota priority.

“I am open to looking at additional medicinal uses and a conversation around drug sentencing. My main concerns are the unintended consequences of recreational pot, similar to the concerns we all have about tobacco, drinking, or prescription drug abuse. Just because it’s legal doesn’t mean there aren’t consequences. We’re just starting to learn about legalization’s adverse effects in other states like Colorado and Washington. There is no reason to rush this in Minnesota without learning more.”

Which Rep. Winkler says a majority of Minnesotans disagree with that sentiment.

"We've already got regulated industries such as tobacco and alcohol, I don't see why this would be any different," said Paal Carter, who lives in St. Paul.

"I'd rather see them smoking pot than drinking," said Tom Denkinger, who lives in St. Paul.

"Talking to law enforcement to understand their concerns, talking to public health officials to make sure we're doing this right," said Rep. Winkler.

It's a bill two years in the making that could come down to one historic moment in time.

"We're ready to pass it, we've done our homework, it's a thoughtful response and its time for Minnesota to move forward with cannabis legalization," said Rep. Winkler.

If the bill passes the Democrat-controlled House, it will then move on to the GOP-controlled state Senate, where it faces an uphill battle.